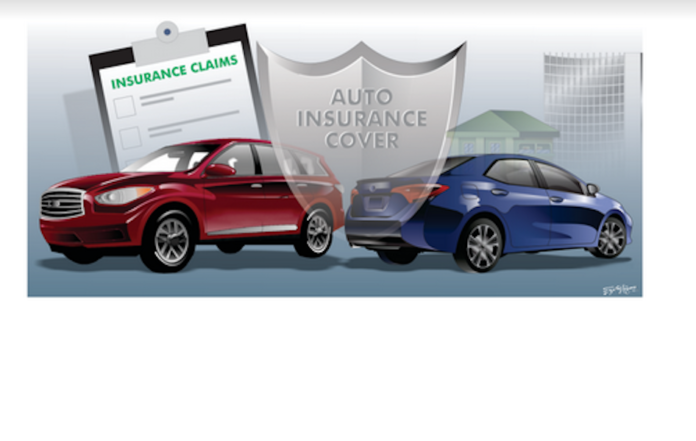 Inflation and exchange rates have been on the increase in recent times in this report; Ebere Nwoji looks at the impact on insurance business.

At the wake of this year, 2022 when global insurers including Nigerian insurers were forecasting accelerated recovery for the insurance industry despite the new COVID 19 variants, part of their fears according to a report by Deloitte was that the insurance sector might grapple with rising inflation and interest rates.

Indeed, here in Nigeria, insurers had expressed fears that rising inflation rate, low exchange rate of Naira to dollar and declining purchasing power of the people might affect their appetite for insurance.  According to the insurers, this is because before now, Nigerians were alien to insurance and any little adjustment needed in their priority list always affects insurance.

They expressed fears that with rising cost of things, many Nigerians who have developed interest in insurance in recent times might lose such interest.  They were however optimistic that enforcement of compulsory insurance, if well carried out, by government and its relevant law enforcement agents would cover the gap.

Inflation by its simple definition means a general increase in prices and fall in the purchasing value of money.

It is the decline of purchasing power of a given currency over a time.

To say that Nigeria currently is in its worst inflation period ever is to be modest about the present monetary situation in the country.

Indeed, latest consumer price index released by NBS showed that inflation rose by 1.63 percent in February, but noted that currently there are signs of further decline.

But in a TVC business report monitored by THISDAY, Professor Ofili Ugodohan of Department of Accountancy University of Nigeria, somehow disagreed with some of the official figures released by some government agencies concerning inflation rate and GDP growth as well as general growth in the economy mainly and explained that the trickle down effect is not reflecting in the lives of the people and in the prices of goods, especially consumer goods in the market.

According to him, inflation is a problem to every economy, it depletes the economy, incapacitates purchasing power of the people.

He observed that government has been making efforts to reduce the inflation rate in the country, noting that going by official reports by the NBS, the rate has been reduced from 18 percent to 15.7 percent.

The accounting professor however said all these declines were what we hear from NBS computation but that it does not reflect on the real situation of the economy because food inflation rises by 5 percent above the official inflation figure.

“It is not good because when you give figure high above the real situation, it is a problem. If you check consumer good index that was N300 last year, by now it is about N450 if you compute it you will get 50 percent, does it reflect what we are computing?”

He said government needs to do something because “what we have in the country is high cost of goods to the extent that people cannot buy what they need, cannot pay school fees  and do not have jobs.”

He said even those that have jobs, inflation is wiping out all they have.

The above scenario has not left the insurance sector unaffected even worse than other sectors.

According to him, in the case of insurance, it is a business with fixed rate but some operators who indulge in unethical practices like rate cutting, in order to corner business to their side against other competitors, worsen the situation.

He said such insurers ignore the official rates and grab whatever is available at any rate those buying insurance were willing to pay.

He said for such insurers, when claims come, you see them hiding.

He said insurance was affected because Nigerians are alien to insurance, as such insurance is always the last item in their preference list so when the inflation hit the country, the few who buy insurance shifted ground and redirected their resources to other critical areas.

According to him, those who see insurance as a necessity, because of the inflation, price the rate down.

He said the danger here is that when insurance buyer prices the rate down, in time of risk, he would equally receive low claims and may begin to complain.

He further said another problem posed by the high inflation is that those who buy insurance under compulsion because they have no other alternative, the inflation compelled them to stagger the rate so that they can pay installmentally.

He further said the inflation brought about problem of undervaluation of assets by the insuring public.

According to him, because of inflation and low purchasing power of people, those who buy insurance resort to undervaluing their assets to be able to afford the premium.

He said some buy short period insurance, which means that instead of one year coverage, they buy six months or three months coverage.

He said this is more prevalent in aviation insurance, which is regarded as low frequency high severity risk.

He said the problem with aviation insurance business in Nigeria is that because of the huge capital involved, Nigerian insurers cannot detect the rate rather foreign insurers like Lloyd of London who reinsures the Nigerian insurance detects the rate.

He said another area the inflation rate affected insurance was in the Life insurance.

He, however, said the effect is determined by the type of life insurance and the person selling the insurance, explaining  that life insurance could be whole life assurance, which has nothing to do with inflation because death can come immediately.

He said for investment related life assurance, inflation rate is factored in the pricing of the premium.

For dollar denominated policy, the Afriglobal insurance boss said inflation is factored in when discussing the rate.

In all, he said everything depends on the policy sellers’ skill and understanding and his level of experience in the job .

In their research on how inflation affects insurance claims payment, Asinya, Francis Anoka and Uche Warlice Joel both  of

According to them, for non-life insurance inflation leads to higher claims costs, thereby eroding profitability.

According to them, high rate of inflation has a negative effect on returns of insurance claims in the  short run but has an increasing non-significant effect in the long-run.

They also believed that exchange rate has a proportionate and statistically significant influence on insurance claims.

But the overall effect of this is on the total annual premium accumulated by the industry per year.

Indeed, these cuts on the quantum of premium coming to the industry on account of unfavorable inflation, exchange rates and other negative factors in the business environment has been a big concern to the industry regulator the National Insurance Commission (NAICOM) and the operators and this explains why NAICOM said it has determined to employ the use of technology to increase the spread of insurance in the country.

The industry’s annual premium in 2021 according to unaudited financial statement released by NAICOM is N630, 000 but NAICOM said it was determined to raise it to N6 trillion by the year 2030.