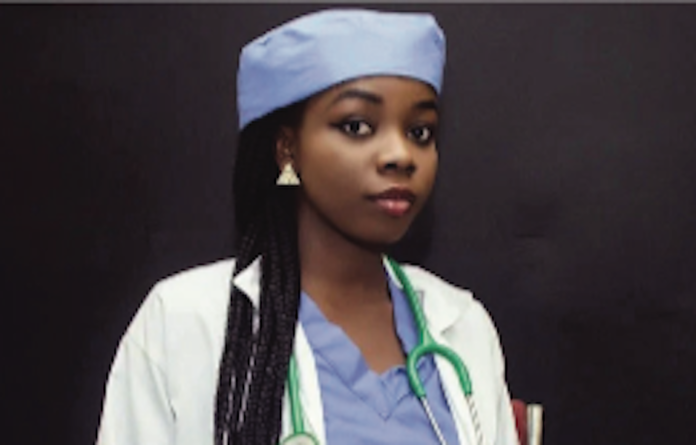 The death of Chinelo Nwando is another reminder that nowhere is safe in Nigeria, writes Francis Ikuerowo

Dr Chinelo Megafu Nwando’s death, and that of many not-yet-identified others in the Kaduna-Abuja train attack by bandits, is another painful reminder that ours is near, or that of someone very close to us. It’s morbid to accept this: that in Nigeria our lives are not our own and living long is just a mirage. If Dr Chinelo had not tweeted about it and asked for prayers, we wouldn’t have truly and personally felt how heartbreaking it was to lose a doctor in her prime. We know Dr Chinelo because she tweeted few hours before her demise. But how many Chinelos do we know? Lawyers, engineers, soldiers, farmers, accountants, teachers, and scores of ordinary citizens struggling to live in Nigeria that their lives are being cut short almost every day by bandits, unknown gunmen and Boko Haram. Hundreds of people maimed for life by herdsmen.

·
Death of one’s loved one is an agonizing experience, and even more horrifying and excruciating when they are killed by unidentified men. And we are beginning to accept this harsh realization that it could happen to us, to anyone. And that Nigeria is no longer safe for anyone. Though we do not have many details about Dr Chinelo’s life, we can only pause for some fleeting moment to imagine how her friends and families will bear her abrupt death, and the perennial thoughts that they will never see her for good.

I get overwhelmed by how our real world is a genuine dystopian nightmare but everyone keeps acting like it’s normal. For many following days now, we are going to rant—on Twitter and everywhere—and blame the government and the politicians and how the system has failed us, and after a week, we might most likely forget that the lives of scores of humans (who have families and friends) are cut short, but we force ourselves to adapt to this ugly experience yet again and take succour in tweets. Are we going to continue living like this? Complain and then resign?

When we keep acting as if everything is normal, and that people who died in any attack can only live a few days in our memories to be forever forgotten, then we are gradually losing the humanity in us, and it gets worse to the point where we cannot separate reality from clout-chasing. When Dr Chinelo tweeted that she was shot at and needed prayers, many people disbelieved her. These people, bereft of emotions, are no longer normal beings, yet they still live in an abnormal society. As Uju Anya wrote, “234 Twitter knows people battling with the nightmare of Nigeria regularly come here for support when injured or in danger. They get hospital rides, send alerts, etc. Dr. Chinelo didn’t deserve the sh*t she got served in her final hours. She just wanted to know she wasn’t alone.”

When has tweeting that one got shot at and needed prayers become a form of clout-chasing? This is for us to know that there are many Nigerians who simply exist and roam streets with no modicum of humanity left in them and they only live on Twitter to escape from their reality. As inhumane as these people are, they are in a way not different from people who read the tweet, feel pains and carry the pains everywhere yet keep acting as if everything is normal.

Dr Chinelo’s death is painfully symbolic in a number of ways. Firstly, her death is a morbid reminder that ours is just around the corner. Secondly, that we will keep losing our humanity until we start being proactive rather than merely reacting. Thirdly, her death seems to be reminding us that nowhere is safe in Nigeria; air, water, and land. Lastly, her death, and that of many others, is pushing us to the edge and one day, maybe someday we will summon every courage we have to fight back, to shout and to cry that we can no longer take it anymore. A revolution it is.

Francis writes from the University of Ibadan

·         It’s morbid to accept this: that in Nigeria our lives are not our own and living long is just a mirage