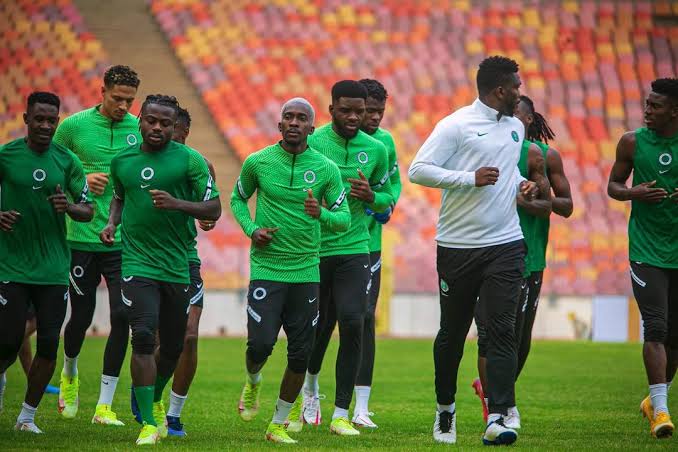 *Free bus rides for fans to fill up 60,000 MKO Stadium to cheer Eagles

Beyond the prestige of making Ghana suffer a back-to-back absence from the biggest stage of global football, Nigeria’s Super Eagles stand to reap a bountiful $12million (about N4.996billion) if they defeat the Black Stars in the second leg of the 2022 World Cup playoff in Abuja tomorrow.

Going by the 2022 FIFA World Cup price money, if Eagles who played a goalless draw with the Black Stars last Friday in Kumasi, are able to surmount the hurdle posed by Ghana, they stand to get $10million for taking part in the group stage of Qatar 2022.

There is additional $2million for the Nigeria Football Federation (NFF) to help prepare the team for participation in the first Mundial to hold in the Middle East between November and December later this year.

Further progress for Eagles in the course of the tournament means more cash coming into the coffers of the NFF.

The 2022 FIFA World Cup prize money pool has increased by 80 per cent compared to when Brazil hosted the 2014 edition won by Germany. Eagles crashed out to France in Brasília in the second round.

The Black Stars who failed to qualify for the 2018 edition in Russia missed out of the $9.5million pocketed by the Super Eagles.

With the goalless draw from the first leg in Kumasi last Friday, the Super Eagles will need to up their game to put smiles on the faces of football-loving Nigerians.

Already, the NFF has secured the go-ahead of CAF to fill up the Moshood Abiola National Stadium to its 60,000 capacity on Tuesday.

The federation confirmed yesterday that a committee set up by the Federal Ministry of Youth and Sports and including officials of the NFF has concluded plans to give free bus ride to willing fans to the venue on match day.

The last time both countries were involved in a FIFA World Cup qualifying was in 2001, when they finished 0-0 in Accra and Nigeria swept aside their visitors 3-0 in Port Harcourt in July 2001 to qualify for Korea/Japan.