Ghana v Nigeria: Who Wins the Jollof Derby in Kumasi? 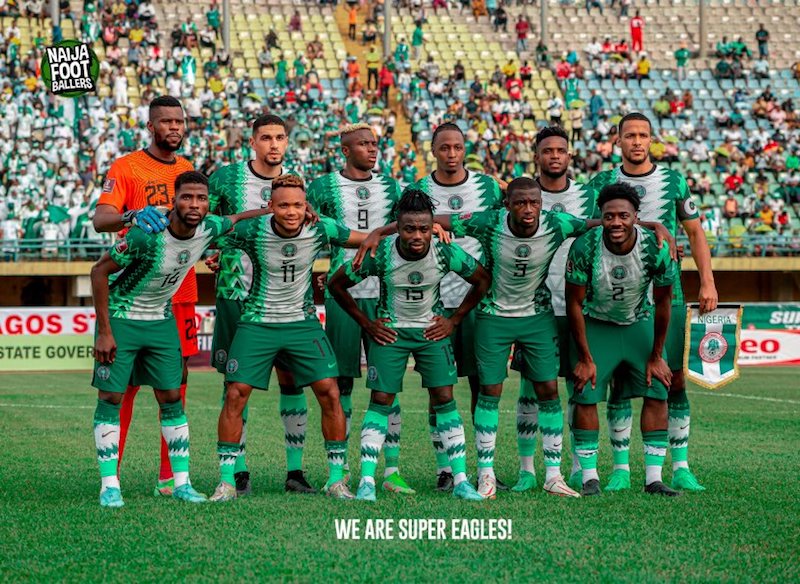 The much anticipated clash of West Africa’s two heavyweights between Ghana and Nigeria is perhaps, the talking point of the first leg of the 2022 FIFA World Cup playoffs this evening in Kumasi.

It’s their first meeting in 11 years and their first in a World Cup qualifier since 2001.

The rivalry between both countries goes a notch higher today as it is not only pride that is at stake. The Qatar 2022 ticket at stake in this two-legged clashes between Ghana and Nigeria has sort of created a kind of tension amongst the fans of both countries.

And today’s game at the 40,000-capacity Baba Yara Stadium in Kumasi is not an end. It is a match that may show where the ticket to Qatar will swing when the second and final leg is played next Tuesday in Abuja. Plenty fireworks should be expected between these eternal rivals!

Smarting from their recent unimpressive outing at the 2021 TotalEnergies Africa Cup of Nations in, the two countries are keen on winning back the support of their fans by qualifying for Qatar to banish the disappointment of last month’s tournament in Cameroon.

The Black Stars had the country’s worst ever outing at the AFCON as they were only able to secure just one point at the group stage with their plight exacerbated by the humiliating 3-2 defeat to lowly Comoros.

The Super Eagles on the other hand, had a better showing in the competition as they topped their group before they were surprisingly defeated 1-0 in the Round of 16 by Tunisia, which halted their six-game unbeaten streak.

Since the tournament, Ghana overhauled their technical staff by sacking Serbian coach Milovan Rajevac, who was blamed for the team’s unimpressive showing in Cameroon.

Former international player Otto Addo, one of the second team coaches at German side Borussia Dortmund, was appointed to take charge and he will be aided by former Newcastle manager Chris Hughton who will work as the technical advisor for the two matches.

Instead, ex international, Augustine Eguavoen was drafted in on interim basis. Although much changes have been noticed since leading Eagles to Last 16 finish at the AFCON 2021 in Cameroon. Former Barcelona forward, Emmanuel Amuneke was drafted into the team for fresh ideas.

The Black Stars have also boosted their squad as several players who missed the tournament in Cameroon for various reasons are present for the game against Nigeria.

But the Black Stars will miss captain Andre Ayew who is suspended while Rennes talented winger Kamaldeen Sulemana is absent from the squad because of injury.

In the absence of the substantive captain the Black Stars will turn to Arsenal superstar Thomas Partey for inspiration as they seek an emphatic home victory over their arch-rivals and coach Addo believes the Black Stars can defeat the Super Eagles.

“We all expect Ghana to qualify for the FIFA World Cup (Qatar 2022) but that won’t be easy as we need to do our best to make it to this tournament,” the former Ghana international winger Addo said.

Super Eagles on the other hand, have been boosted by the return of dreaded strikers Victor Osimhen of Napoli and Saudi Arabia-based Odion Ighalo as both of them missed the AFCON.

Midfielder Wildfred Ndidi and goalkeeper Maduka Okoye have been ruled out of the match because of various health reasons but Nigeria coach Eguavoen admits it would be a difficult match but insists Nigeria has got the player to help them defeat their opponents.

“It’s a very crucial match, a lot is at stake,” the former Super Eagles defender who is now the coach of the side Eguavoen said ahead of the first-leg game in Kumasi

“The most important thing is to qualify for the World Cup. We have a strong squad and a large pool of players to choose from.

“The boys are sharp and ready to go. We have to win well against Ghana to get over the line. We will do the talking on the pitch.”

Even though Ghana has the head-to-head advantage having won 25 of their 56 previous clashes with 19 ending in draws, the Super Eagles are counting on their current form to give them the leverage over the Black Stars.

Eagles have won three of their past five matches and drawn one with the other ending in a defeat while their opponent on Friday lost three games, drew one and won one.