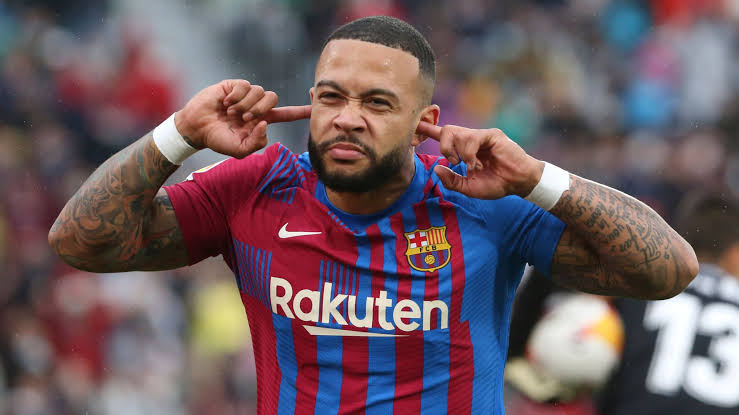 Barcelona battled back from a 1-0 deficit to earn a 2-1 victory at Elche yesterday afternoon, as their blistering form under Xavi Hernandez continued.

The visitors were good value for the victory, having imposed themselves on proceedings from the referee’s first whistle, but did it the hard way. Trailing 1-0 at the break courtesy of Fidel’s opener, it took second-half goals from substitutes Ferran’s Torres and Memphis Depay to secure victory.

La Blaugrana enjoyed the lion’s share of possession and threatened to make their control count on several occasions in the opening period – with a wasteful Frenkie de Jong notably passing up the opportunity to put the ball into an almost empty net before squandering a one-on-one situation minutes after – although found themselves 1-0 down on the stroke of half time.

Against the run of play, Pedri’s sloppy touch played in Fidel, who did brilliantly to race past Dani Alves and clinically slot past Marc-Andre ter Stegen before wheeling away to celebrate in front of a delirious home crowd.

Barcelona continued to dominate the ball and create opportunities following the resumption of play, and eventually grabbed a deserved equaliser on the hour mark. It came from the ever-threatening Ousmane Dembele, whose cross was tapped towards goal by Jordi Alba before half-time substitute Torres poked past Badia for his first La Liga strike for the club.

The game subsequently suffered a lull but, after both goalkeepers were forced into fantastic saves at either end of the pitch, excitement picked up with a VAR review ten minutes from time. The away contingent were the happier of the fans following the review, as Alejandro Hernandez awarded Barca a penalty having picked up on a handball from Antonio Barragan.

Depay stepped up to take the spot kick in the 84th minute and made no mistake, absolutely thrashing the ball into the top corner.

The hosts did their best to apply the pressure in search of a dramatic equaliser but weren’t able to find one in the few remaining minutes, giving Barcelona a fourth consecutive win across all competitions.