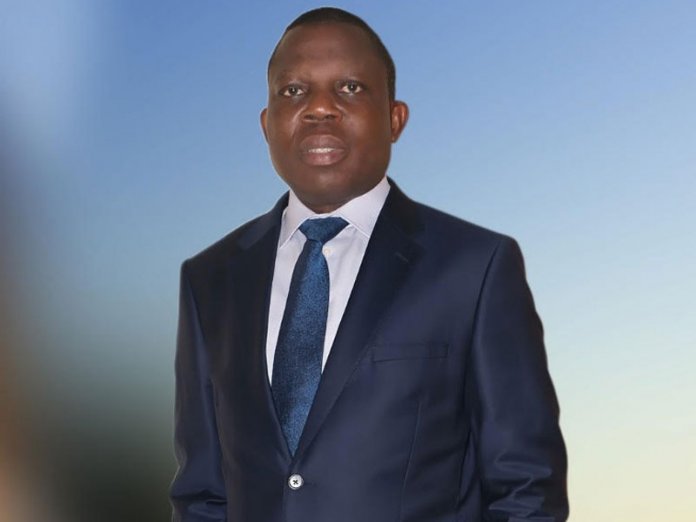 Of all the Nature’s creations, Water seems to be the simplest but the most consequential.

Water consists of just 2 atoms of hydrogen and 1 atom of oxygen (H2o). Water is life. A life without water becomes extinguished within 72 hours! Water is king.

About 71% of the Earth’s surface is water-covered, and the oceans hold 96.5% of all Earth’s water.

Paradoxically however, according to National Geographic and Aljazeera TV recent reports, 1.8 billion people will run out of fresh water by 2025 (3 years away). And by 2050, the whole of North America, Europe, Asia and Australia will be in a peculiar water-stresed mess.

Water- stressed areas are where water use exceeds the natural renewable water supply and puts fresh water ecosystem at risk.
In Thailand and Dominican Republic over 50% of the urban population depend on bottled water as its primary drinking water source.

But Why should the world be carrying the burden of thirst in the midst of water?

Three, only 1% of freshwater is left for about 8 billion people for agriculture, drinking and bathing, of which agriculture takes 70% of the 1% available fresh water. This is the crux of the matter.

Four, 1.3 billion tons of food are wasted globally yearly. This translates to 45 Trillion gallons of water and represents a whopping 24% of all water used for agriculture.

Five, unbridled urbanisation and industrialisation is another factor.

Six, about 10% of fresh water is lost to leakages arrising from century-old water pipes in many countries.

Today, one out of eight people lacks access to clean water while 3.3 million die from water related health problems each year according to the UN World Water Development Report (2019)

The truth is: there is no shortage of water on the blue planet only shortage of fresh water occasioned by Homo sapiens recklessness with nature’s gifts.
When you upset natural order, be prepared for the inevitable consequences.

The evolving water crisis confirms the fallacy of earth’s limitless generosity concerning management of the earth’s ecosystem. Having overdrawn her account, Human beings cannot escape Nature’s punishment. Homo saipens account in the Nature’s bank is in the red, the planet is dying, raising the fear of an ecological catastrophe of uncommon proportion. Scientists are of the opinion that the worst may be yet to come, that a full scale glacier shrinkage is inevitable ( National Geography)

Furthermore, It should be noted that some countries are already fighting water wars in the Middle East and Africa.

In Africa, the next fire for Ethiopia is the possible water war with Egypt. With the construction of the Great Ethiopian Renaissance Dam located in the headwaters of the Nile River, which Egypt considers as posing an existential threats to her population that depend on Nile since time began.

In Nigeria, thousands of lives have been lost as the Fulani herdsmen migrated to the South from the Sahel looking for water to feed their cattle. The Buhari government (The President himself a Fulani leader) has mismanaged the crisis by taking side with the Fulani herdsmen who invaded lands belonging to other ethnic groups in southern Nigeria. The senslesss killings is still going on in Nigeria as I write, pen- in- hand.

There are water wars going on in Mali, Sudan, Iran, India and Pakistan.

There is war over the Jordan river among Israel, Lebanon, and the State of Palestine.

Another war is silently going on over Euphrates and Tigris Rivers among Turkey, Syria and Iraq.

1 United Nations must pass a resolution categorising portable water as a basic human rights like freedom of speech which every government must guarantee.

2 Heavy investment in Sea water Desalination Technology making it accessible and affordable to every community.
Today only 16 billion gallons of water are produced through desalination by the world’s 14 450 desalination plants. Middle East depends on desalination water to survive.

3 Waste Water Tax: Netherlands was the first country in the world to impose this novel taxation on her citizens. This forced the Dutch to become innovators of water recycling and reuse technologies to conserve water.

4 Since Agricultural activities use 70% of the available fresh water, the world needs new and cheap conservation technologies to reduce the volume of water required by crops. Technologies like drip irrigation

5. Reverse Engineering: recapture water and moisture inside such crops like potatoes and water melon and reuse them.

6 WaterGen: The wonderful Israeli invention turns air and moisture to clean water. Cheaper version should be invented by young Africans who desire to solve a global problem.

7 Using purified Air instead of water for bathing and also to flush the toilets.

8 Every community should be encouraged to start building multiple lakes and ponds to catch and store rain water.

Against the backdrop of the above facts and figures, we can safely conclude without any iota of doubt that the Water wars is already at the door step of African countries. Since the western world will experience it badly from 2050, therefore it is not getting as much attention as the Western and Chinese Covid Pandemic get on the mainstream media.

Lack of access to portable water kills more people in Africa than COVIDS-19, Covid -20 & Covid-21 combined. 😁
But nobody is connecting the dots and situating the crisis appropriately. African Union should set up a ONE AFRICA WATER INITIATIVE
The tasks of this Body will among others, include resolving the NILE QUESTION so that we don’t give room for those countries waiting to sell additional weapons to both Ethiopia and Egypt to fight the impending Nile War. This Body will also look at the FULANI HERDSMEN QUESTION holistically and come up with the best water balance culture that will allow African farmers plant their crops and the herdsmen rearing their cattle successfully without conflict. These challenges are ours, it amounts to dereliction of duties and wholesale irresponsibility to be waiting for France or America or Russia (Mali just sent for help from Russia asking the French to go, thereby, replacing one rapaciously greedy oppressor with another)

2 There are huge opportunities for young Africans inventors to come up with cheaper technologies to address the sundry water related challenges. Any young African who desires to join the Forbes list must look for a global problem to solve.
When you solve a global problem you join the Forbes league Table consisting of the Big Boys ruling the world.

All said, we may not get all the water we want, but we can, I believe, have all the portable water we need, if human beings begin to see themselves as gardners in this beautiful garden called earth.
Let us begin to garden as though we will live forever, thereby, meeting nature halfway for the sake of our self enlightened interest, at least!

Wishing all my readers a sweet and thirst-free 2022