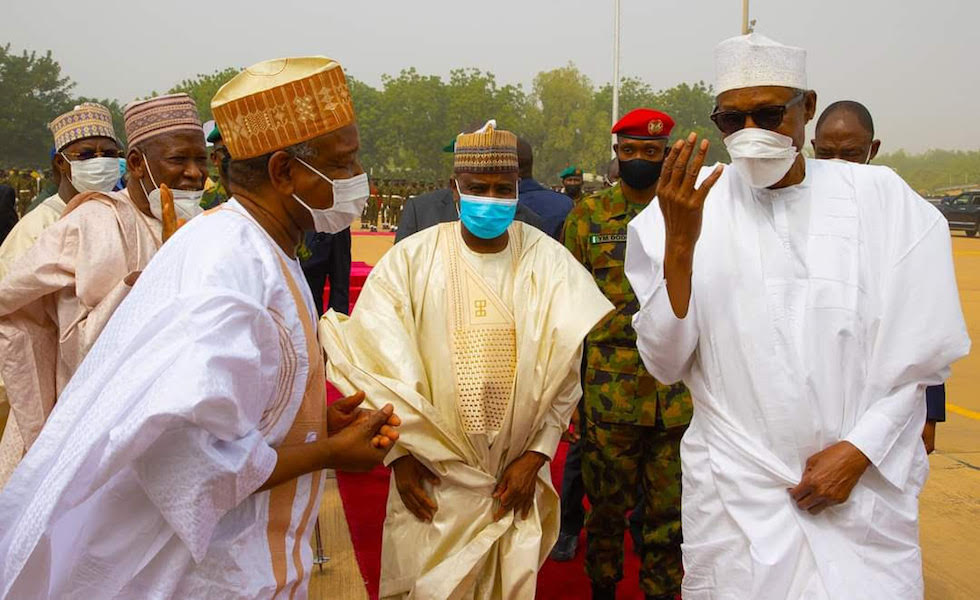 More often than not issues that turn out to be true, authentic and official in Nigeria start as rumors. These rumors, as I gleaned on this windy and dusty morning in Sokoto, from the stalls of tea mongers, always arise from the perception of Nigerians regarding the occurrence or convergence of important personalities in a place or during an event.

One of such confluence of ideas and persons was the recent visit of President Muhammadu Buhari to Sokoto state where he commissioned a 3 million metric ton BUA cement factory in Kalanbaina Area of Wamakko Local Government.

During the visit, the President also took time off to visit the Sultan of Sokoto, Muhammmad Sa’ad Abubakar III in his palace. He was accompanied by his host Gov. Aminu Waziri Tambuwal.

In the course of pep talks, to which some highly placed officials and persons very close to the President were privy, the President commended the leadership qualities of his host, Gov. Tambuwal.

The Sultan, himself an erstwhile top brass military officer, who shares the rudimentary ethos of military discipline and esprit de corps with the President, was said to have burnished the leadership qualities of Tambuwal.

According to one of such officials, PMB said he discovered that Tambuwal had been taking good care of the Sultanate.

This discovery, willy-nilly, corroborated by the many subsisting good testimonies about Gov. Tambuwal in high and low quarters across the country, in addition to the Governor’s humility and disdain for acidic politics, have endeared him to the President, who having shelved his planned visit to Zamfara state on the same day, decided to prolong his interaction with Tambuwal.

All of these will make discerning minds and political commentators who measure the Governor’s performances and achievements, using the propaganda instruments of the opposition All Progressives Congress (APC), to have a rethink.

Clearly, it was glaring, despite the motley crowd rented by Sokoto state APC to hoodwink Mr President that the party was ‘in charge’, that the current political impresario of Sokoto state is Gov. Tambuwal and not any other person or groups of people, who had to purchase their tickets back to Abuja while the President offered a prestigious ride to his well-referenced host.

So, with a soliloquy, I crooned a line from Charlie Boy’s Ninja Ride: ‘do you wanna test my ride,’ as I sighted the governor climbing the steps into the Presidential jet that Thursday afternoon at the Sultan Abubakar II International Airport, Sokoto.

My parodying continued a short while later as I monitored the landing of Air-force One in Abuja, as the President bid his executive passenger goodbye.