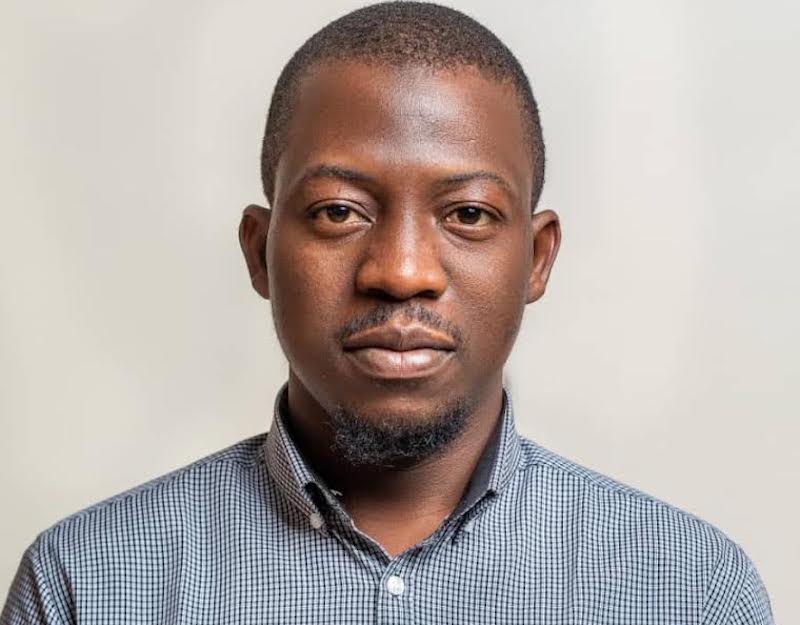 On November 23, 2021, when the Nigerian government announced that it will remove petroleum subsidy in 2022, every Nigerian got a blasting hit of the national panic attack. Since the pronouncement, Nigerians had been losing their sleep, making the country a tinderbox where protests could explode at any moment as the usual reaction to fuel subsidy removal.

As pundits and civil society weighed in, I have been troubling my mind, as a civic advocate and businessman, with imaginations of the imminent socio-economic crisis should the policy take Nigerians by storm without an appealing social contract in place. Finally, I found a must-engaged answer in the 2022 Budget Analysis released by BudgIT on December 10, 2021. It reads:

“There are speculations that subsidy will be removed in 2022 due to deregulation of the sector, however, this is highly doubtful as it is more difficult for any government around the world to remove subsidy programs during an active election campaign year; this is even more true in Nigeria which has a huge trust deficit between the government and citizens. The resultant increase in petrol prices that would accompany subsidy removal could trigger public backlash, an unwanted outcome for incumbent political parties during campaigns.”

Put simply, BudgIT means the government has only bluffed (that was eventually true). But if deregulation of the oil sector is irrefutably critical to dire economic reforms and national development, should sheer political interests be allowed in the way let alone prevail?

Fuel subsidies in Nigeria are sky-high—around N1.8 trillion annually, according to the latest declaration by Nigerian National Petroleum Corporation (NNPC). That is nearly the combined budget of the Health Ministry and the Ministry of Works and Housing (covering aviation, water resources, transportation, power, and works and housing). Ironically, the Nigerian subsidy regime is notoriously corrupt such that it serves vested interests more than it benefits common citizens. The Nigerian National Petroleum Corporation (NNPC) admitted that 42 million of the 102 million litres (41.18%) of subsidised petrol for Nigerians’ daily consumption is smuggled out of the country despite the N20 billion invested in technologies to eradicate smuggling. “We unwittingly subsidise fuel for the whole of West Africa,” Mele Kyari, NNPC group managing director, recently confirmed. Even though citizens coalesce against removal, the strongest but less open fight to keep the status quo comes from vested interests, it is clear.

The Buhari government has announced subsidy removal four times since 2015. Immediately in 2016, it made no budgetary provision for the programme. The non-inclusion in the year’s budget touted the end of fuel subsidy. Ironically, the government swiftly restored it the same year without appropriation by the National Assembly nor demonstration by the public. Yet, even with the return of the subsidy regime, fuel price remained on the rise since 2016 except for a short while in that year and 2020, March to November, when the fall in the global price of crude oil precipitated pump price reduction from N145 to N125 per litre. However, the price jumped to N165 in 2021, despite being subsidised, as a result of the increase in crude oil prices in the international market. It is noteworthy that the actual amount spent on petrol import subsidy in 2021, unappropriated by the National Assembly, remains unknown to the public. What is known is that the government spent an estimated N864 billion in seven months, February to September. This ‘financial flow’ is irreconcilable with the reality of an economically-ill nation and a federal government with an ever-rising debt profile, N29.46 trillion as of June 2021, alongside snowballing budget deficit, N5.6 trillion in 2020 and N6.62 trillion in 2022 as proposed.

Any subsidy removal that will lead only to high fuel prices, imposing more hardship on the economically downtrodden masses, is unjustifiable by Nigeria’s status as the poverty capital of the world (with 93.9 million citizens living below the poverty line) and the massive income gap between Nigerian workers and their counterparts in other oil-producing nations. However, the politics of fuel subsidy in Nigeria has markedly proven to be predatory than beneficial to the masses – even when they are not aware.

Who benefits from the subsidy? Akanle and Adebayo in a contextually grounded paper “Fuel subsidy in Nigeria: contexts of governance and social protest” have a boggling answer from one analyst:

So who benefits from the subsidy? Nearly everybody does except the masses of Nigeria. The cabal of the profiteers have been exposed. A combination of a few corrupt oil thieves, privileged individuals, political appointees and elected ones who as major sponsors and backers of government, are milking the economy of this country dry. For instance, they give the Government (the officials of whom are in collaboration with the cabal) false invoices, which inflate the amount of crude they actually lifted by up to 1000% or more, e.g. they lift 30,000 barrels but claim 3 million barrels. And the Government pays, knowing this to be false. The cabal shares the illegal profit with the government and NNPC officials. The people/masses are thus the ultimate losers and they are yet powerless and voiceless in the short and long run.

Political corruption, like the egregious Malabu scandal, has destroyed Nigeria and is unwilling to stop, as the country faces the dilemma of perpetual subsidy corruption versus removal imbroglio. The vibrant participation by political actors in the 2012 protests was inherently political, as proved by developments in the current dispensation. But shrouding bias by excuse, it has been suggested that the incumbent ruling party only acted in ignorance. The talks about subsidy removal commenced immediately after the reality dawned in 2015. Be that as it may, BudgIT’s postulation calls for serious debates on whether the politics monster is back or not. Unsurprisingly, the Buhari government has again backtracked, sidestepping critical national priority in favour of swirling 2022/2023 political interests. On Monday, January 24, 2022, the Minister of Finance, Budget and Economic Planning announced the postponement of fuel subsidy removal till further notice. National interest, earlier espoused by the same government, is again defeated by political interest.

It is worthy of note that the problems – especially the undisguised looting culture of the previous administration that worsened the existential trust deficit – with previous attempts are considered decimated today. Such a feeling is why informed Nigerians and observers “expected that the Buhari administration would use its political capital to eliminate the existing fuel subsidies within the first six months of the administration’s first term.” But quite regrettably, the Buhari government has blown away nearly all the social capital, while its last dangling attempt at subsidy removal was even about to be hoisted on a fertile land of corruption. No surprise the evangelism by reform advocates and institutions like the Nigeria Extractive Industries Transparency Initiative (NEITI) has no meaning to the public.

The subsidy regime has perpetuated enormous corruption. Shockingly, the government’s plan to end it was being packaged in the enthronement of another subsidy programme even more susceptible to corruption and political abuse. The Finance Minister startled Nigerians when she laid down the buffer plan: “We are working with our partners on measures to cushion potential negative impact of the removal of the subsidies on the most vulnerable at the bottom 40% of the population. One of such measures would be to institute a monthly transport subsidy in the form of a cash transfer of N5,000 to between 30 – 40 million deserving Nigerians.” Who determines the “deserving Nigerians” and what processes in a country with zero data? What is the possibility of cash transfers to the most vulnerable (unbanked) in marginalised rural communities? So many questions poke holes in the buffer plan and pre-empt flawed implementation. The fairest judgement is that the plan was not a thoughtful consideration when compared to emerging recommendations like “investment in transport infrastructure to ease movement, create more transport choices, and thereby reduce the cost of transportation and logistics.”

Even with the postponement, it is still important to interrogate the plan through the lens of recent cash payment schemes by the government for necessary extrapolation. For instance, in June 2018, the federal government launched the biggest social safety net scheme in the history of Nigeria — the Social Investment Project (SIP) — among which was TraderMoni, a collateral-free loan programme starting with N10,000 for the lowest level of market traders. As laudable as the people-oriented project was, its timing, political abuse, corruption and reported favouritism earned it negative judgements including being a scheme for ‘vote buying’. Not only did the Vice President launch the scheme in Osun State barely two weeks to the state’s 2018 gubernatorial election, but there are also claims of evidence that traders’ Permanent Voters Cards (PVC) and Bank Verification Number (BVN) were obtained even as many of them were defrauded, being paid less than N10,000, as the Vice President toured prominent markets across the country literally until the eve of the 2019 general elections.

If the government removes the subsidy, it would prove sceptics like BudgIT wrong, while upvoting national interest. However, Nigeria might be grappling with a scourge bigger than fuel subsidy corruption if the savings are diverted to vague cash payments in lieu of critical developmental projects. It is paramount that efforts to avert such malady begin now with serious conversations and policy engagements by all Nigerians and international stakeholders.

Shakir Akorede is an international development expert, civic advocate, and digital communications consultant based in Abuja, Nigeria. He tweets via @akorive001.