In Bauchi, 70-year-old Man, Two Others to Die by Stoning over Homosexuality 45 mins ago 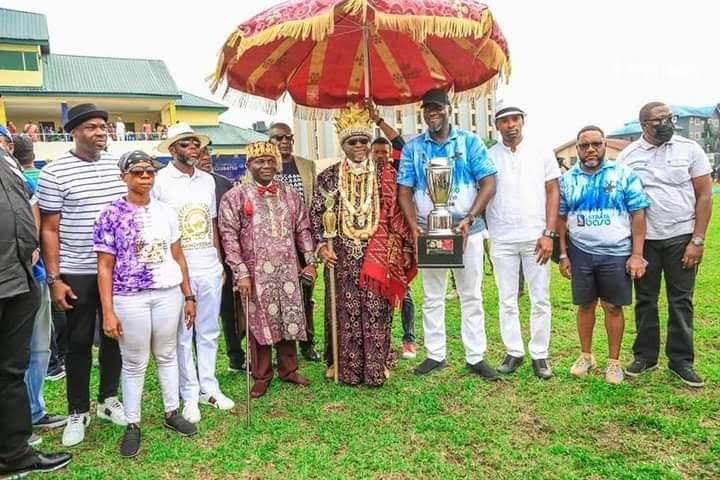 From the launch of the Arena Polo facility, the glittering award ceremony, the rich display of culture, the Armed Forces Remembrance Day celebration to the mega musical entertainment, the golden jubilee anniversary polo festival will continue to linger in the memories of polo buffs across the country and beyond.

After eight days of bumper polo actions pitting 33 top teams with all the big names in the noble game of kings and foreign professionals from Europe and Argentina, Kaduna Trappco emerged the top kings, carting home the event’s biggest laurel, the King Diette-Spiff Cup.

As the biggest sporting festival in the oil rich Niger Delta region, the anniversary polo fiesta lived up to its cutting edge thrills and excitements, with The Nigerian Navy, Hasske & William and the Navy teams winning the OB Lulu Briggs Cup and T.Y Danjuma Cup respectively.

Traditional rulers, polo administrators and aficionados and tourists from across the world who witnessed the week long international festival, were full of praises to the organisers and players for showcasing their awesome talents in a most friendly atmosphere.

“The fact that tourists from abroad and polo enthusiasts from other parts of the country attend this festival annually attests to the immense tourism and social values of the exciting game of kings in the oil rich region and Nigeria,” he noted further.

Dr. Dimkpa confirmed that the club and the Nigerian Army have agreed to mark the Armed Forces Remembrance Day during the Port Harcourt polo tournament every year. He specially thanked the founding fathers of the club and Chairman Board of Trustees, H.R.M. King Alfred Diette-Spiff for his fatherly advice and presence throughout the grand celebrations.

“I want to say a heartfelt thank you to every one of our sponsors both corporate and individuals. We are grateful for your continuous support for our activities. We look forward to more mutually beneficial relationships between us. To the events planners and vendors, we say a very big thank you.

“To all the teams who participated in the tournament, we say thank you for honoring our invitation and for giving us world-class displays of this beautiful game all through the tournament. We look forward to hosting you in future tournaments,” Dimkpa beamed with pride.