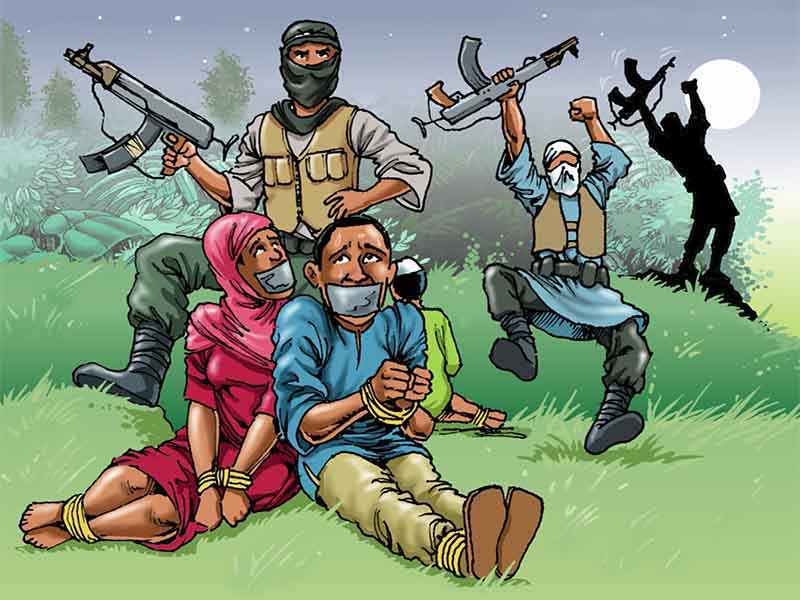 Once again, it is pertinent to bring to the attention of the relevant authorities the wanton destruction, and loss of lives, robberies and kidnappings for ransom of innocent Nigerians, especially among commuters in luxury buses and transporters at failed portions of our federal highways. These incidents have assumed a dangerous dimension due to the failure of the Federal Roads Maintenance Agency (FERMA) to stick to their primary mandate of rehabilitating dilapidated roads infrastructure according to the directives of the federal government under President Muhammadu Buhari. Their inability to live up to their responsibility has continued to worsen the condition of the highways with the nightmares associated with plying the roads.

It is common knowledge that apart from causing damage to vehicles which lead to high cost in transport fares, a lot of commercial transport companies are folding up as they can no longer cope with the exorbitant cost of maintaining their vehicles damaged on the bad portions of the federal highways. The immediate effect of this sad development is that transport companies’ workers are being sacked with the possibility of increase in criminal activities by some of the disengaged workers.

Indeed, if this trend is allowed to continue, it will worsen the security situation in the country. This scenario brings to the fore the fact that the causative factors of insecurity are multi-faceted, indicating that an organisation like FERMA has an important role to play to stem the scourge of insecurity bedeviling the length and breadth of the country.

Their failure to help the President Buhari administration in tackling our security challenges by identifying and fixing the bad portions of our highways can be described as a great disservice to the country. It is unfortunate that while the president and his security chiefs are having sleepless nights, and on daily basis making efforts to tackle insecurity, FERMA, an organ of government, is not lending a helping hand by realising the important role they can play in curtailing insecurity, bearing in mind that much of the violent attacks on our highways happen at the dilapidated portions of the roads.

With the heightened tension in the country resulting from activities of kidnappers on the failed portions of our federal highways, the least that is expected of FERMA is to act proactively along the laudable security plans of the Buhari administration to ensure that those dangerous black spots where citizens always fall prey to kidnappers and other criminal elements are quickly maintained. Usually it is when the bad portions of the highways compel vehicles to slow down that the hoodlums pounce on commuters.

Though it is common knowledge that the rehabilitation of the bad portions of the federal highways will not completely wipe out kidnappings and other forms of criminality on our highways, yet it will go a long way to reduce them, make our highways safe and interstate travels more convenient. It will also stimulate economic activities around the country, as money will circulate among the people.

Let us give a thought to the thousands of families across the country who depend on road travellers to fend for their families. Definitely, with the insecurity on our highways, many of them will be thrown out of jobs and this is a major social dislocation for families. What about the unusual pressure the incessant kidnappings have brought on our airports with many people struggling to travel by air in order to avoid the nightmare of being kidnapped on the highways?

Therefore, it behoves the Federal Roads Maintenance Agency to stop hiding their head in the sand like the Ostrich while precious lives are being lost, businesses are crippled and economic activities along the highways corridors are being destroyed simply because they have failed in their responsibilities.

It is indeed disappointing that a federal roads maintenance agency will be waiting to be reminded of their primary responsibility, especially their deliberate neglect of dilapidated portions of federal highways in the South East, South West and North Central zones of the country.

FERMA must make haste to key into the vision of President Buhari to secure the country by repairing the damaged portions of the country’s highways thereby reducing the carnage on them.

I have a feeling that if a study is carried out on the impact of kidnappings on our federal highways resulting from the effects of the dilapidated portions, it will reveal a significant reduction in road travels by the citizens. This trend must be halted by restoring the confidence of the citizens to travel on the federal roads safely. In addition, the high rate of accidents on the highways will be significantly reduced if FERMA is seriously committed to the task of repairing the damaged portions of the roads. The case of Enugu-Onitsha road as well as federal roads in the South East come readily to mind. It is a case of total neglect and abandonment despite the good intentions of President Buhari to develop all parts of the country evenly.

FERMA must be reminded that they were established to act as a buffer in the area of maintenance of federal roads especially when the process of total rehabilitation is cumbersome and will make road users susceptible to unnecessary delays, inconvenience and sufferings. There is no justifiable reason why FERMA cannot accomplish its objectives along its mandate, and moreso when funds are appropriated and approved for them yearly. In the event that they encounter some hiccups in the process of sourcing for the funds needed for their projects, they ought to think out of the box, as no amount of excuses will be acceptable to the suffering road users.

With the kidnappings occurring on the bad portions of our federal highways, it is obvious that FERMA has become the weakest link in the efforts by the Buhari administration to rid the country of insecurity as encapsulated in the three planks of his administration: securing the country, fighting corruption and improving the economy.