Wabara: My Wife’s Death Devastated Me 52 mins ago 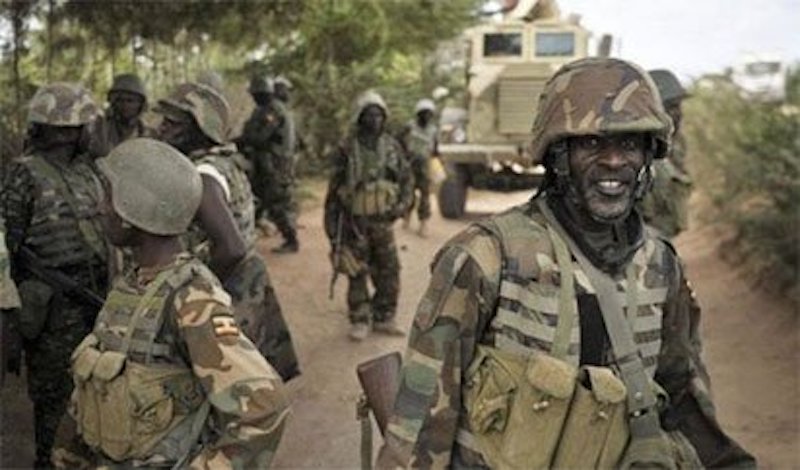 Troops of the Nigerian Army from the 144 Battalion Asa have been urged to exercise restraint in their reprisal attacks on Abia oil communities of Owaza and Obuzor in Ukwa West Local Government of Abia State to avoid further killing of innocent people.

Former state Chairman of the Peoples Democratic Party(PDP), Senator Emma Nwaka made the call for restraint in a statement he issued yesterday, expressing sadness over the killing of soldiers and the attendant havoc wreaked on the communities by angry soldiers.

Two soldiers were said to have been killed by hoodlums, believed to be oil bunkerers near an oil pipeline between Owaza and Obuzor last Monday, prompting troops to lay siege on the two communities, allegedly shooting people and burning houses indiscriminately.

“It is disheartening that these soldiers died in the course of duty to fatherland. They didn’t send themselves to that checkpoint. They were there on duty to protect lives and property,” Nwaka said. He condoled with families of the fallen heroes and the Federal Government.

While he described the killing of the soldiers as “dastardly, horrible, and criminal assault on the integrity of law enforcement in our beloved state”, the former Abia ruling party chairman said that troops should be circumspect in their revenge operations to avoid killing innocent people.

“The revenge attack on Owaza community by soldiers from 144 Battalion in Asa was grossly immoral, highly irresponsible, and totally illegal, and must therefore be condemned by all Nigerians. It is reported that the soldiers set ablaze houses and shops in the area”.

Though Senator Nwaka, who is a legal practitioner, acknowledged that the Nigerian Army, “as a legal institution has the right to protect its soldiers when they are illegally attacked”, he advised the Army to seek ways of sparing innocent people when provoked by criminals.
“As a leader, I appeal to the Nigerian Armed Forces to be restraint in dealing with insecurity in Abia and the Southeast and to seek more community-based and constitutional means of dealing with such criminality,” he said.

The Abia Governor, Dr Okezie Ikpeazu had on Saturday held a “crucial meeting” with leaders and stakeholders of Ukwa West Local Government to douse the tension in the area and seek peaceful resolution of the faceoff between troops and the affected communities.

Nwaka commended Ikpeazu “for strongly condemning the assault on law and order in the state”, noting that his quick and strong condemnation will send a signal to criminal elements that the state does not condone such acts that will destroy the economic competitiveness of the state and scare away both citizens and investors.”

“I am worried at the spate of insecurity and its disastrous consequences on economic and social wellbeing of our people. I am burdened at the growing poverty and misery of our people.
“This is not time for additional troubles for a people who are already hard pressed on every side. As a leader in Abia, I am pained that the acts of some criminals causes severe pains for innocent members of our communities,” he lamented.

Senator Nwaka called on Abia political and community leaders to show commitment in ensuring “peaceful environment and policy support so as to create more wealth and jobs for our people in order to weaken the inclination and attraction to crimes.”