National Council on Privatisation Okays NELMCO Board 55 mins ago 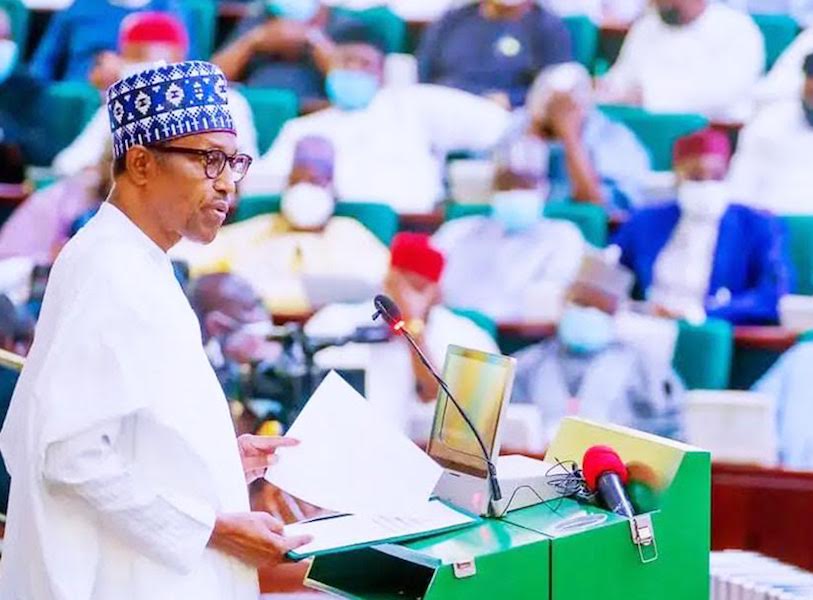 Can Nigerians expect a smooth implementation of the 2022 Budget, which was signed on December 31, 2021, amid a barrage of complaints from President Muhammadu Buhari bordering on the National Assembly’s unilateral insertion of additional items and fresh allegations of deliberate duplication of projects without recourse to what constitute priorities to the Nigerian people? Asks Festus Akanbi

In fulfilment of the commitment of the outgoing administration to make its budget ready in record time, President Muhammadu Buhari had on December 31, 2021, signed Nigeria’s 2022 budget into law. This took place exactly two weeks after the Senate and House of Representatives had passed the bill presented by the president a few weeks earlier.

The National Assembly had approved a total expenditure of N17.1 trillion against the N16.3 trillion proposed by the president in October, indicating that an extra N700 billion was added to the proposed appropriation.

The lawmakers also raised the Oil Benchmark Price from $57 to $62. They explained that the increase was intended to reflect the current market values of the oil barrel in the international market. Nigeria’s daily oil production rate was pegged at 1.86 million per barrel.

Dealing with Loopholes in Budget 2022

As Nigerians awaited a speedy implementation of the budget, there are indications that certain additional projects inserted into the original documents presented by the President may threaten the take-off of the 2022 budget.

Shortly after the budget was signed into law, economic analysts began to tear the documents apart amidst the lamentation of the President over the allegation of arbitrary insertions of new lines of projects while some essential items were either reduced or yanked off by the lawmakers. The question is, given the complaints from the Executive, can Nigerians sleep with their two eyes closed over the 22 Budget?

One of such organisations that raised eyebrows is BudgIT, a foremost civic-tech organisation leading the advocacy for transparency and accountability in Nigeria’s public finance.

The organisation, in a statement last week called on the citizens, civil society organisations, private sector, and the international community to urgently prevail on the National Assembly and Presidency to urgently amend and eliminate the loopholes in FG’s 2022 Approved Budget.

Interestingly, some of the controversial projects amounting to billions of naira are directly linked to the State House and the Presidency. BudgIT gave examples to include the N20.8billion requested by the Presidency to construct a 14-bed presidential wing at the existing State House Medical Centre, N28.72million requested for the purchase of two units of 10KG washing machines and six units of LG Televisions in the State House Lagos Liaison Office, among others.

“Speaking of projects approved under MDAs that cannot execute them, The National Agency For Great Green Wall which was set up to prevent land degradation and desertification afflicting 11 states in northern Nigeria, and to boost food security in the country has N1.3billion or 64% of its capital budget dedicated to purchasing motorcycles, street lights and other projects outside its mandate. This is disingenuous especially as communities in these states are being ravaged by bandits and terrorists who often arrive in motorcycles.

“Likewise, four recreational parks under the Ministry of Environment, have a total allocation of N67.8million to construct “Gun Armouries” in Cross Rivers, Kaduna, Borno & Yobe States, even though the Ministry of Environment is not a security agency. This raises the question – Why is the ministry of environment stashing guns in recreational parks in these states in an election campaign year and at a time when the country is facing unrest in nearly all of the 36 states?”, the statement said.

The statement wondered why the River Basin Development Authorities, which is supposed to be in the vanguard of boosting agricultural productivity in Nigeria has deviated from its primary role. The agency, which according to BudgIT was set up to facilitate the management of water resources for agriculture that would end the tide of food supply fluctuations that affect food prices, has instead metamorphosed into an agency that constructs roads and supplies street lights.

“A cumulative total of N6.3billion was allocated to supplying street lights in 73 communities across the 36 states, while N14.8billion was allocated for the construction of 219 roads across 36 states; whereas the majority of the roads are the responsibilities of State and Local governments and not the Federal Government,” the statement said.

BudgIT’s Country Director, Gabriel Okeowo, said “The loopholes for fraud in the 2022 FG budget is a crime against the 86million Nigerians living below the poverty line, an injustice to hardworking taxpayers and an open mockery of countries and lending institutions that intend to borrow NigeriaN6.29trillion in 2022.”

President Buhari, who had commended the speedy passage of the budget which he described as the continuing cooperation and commitment of the Ninth National Assembly to the restoration of a predictable January to December fiscal year, as provided for in the Constitution of the Federal Republic of Nigeria, however, made some reservations about some changes in the approved budget.

President Buhari listed such contentious additions to include, increase in projected the federal government ‘s independent revenue by N400 billion, saying the justification for this is yet to be provided to the Executive. Others, according to the President included “Reduction in the provision for Sinking Fund to Retire Maturing Bonds by N22 billion without any explanation; Reduction of the provisions for the Non-Regular Allowances of the Nigerian Police Force and the Nigerian Navy by N15 billion and N5 billion respectively. This is particularly worrisome because personnel cost provisions are based on agencies’ nominal roll and approved salaries/allowances;

“Furthermore, an increase of N21.72 billion in the Overhead budgets of some MDAs, while the sum of N1.96 billion was cut from the provision for some MDAs without apparent justification;

“Increase in the provision for Capital spending (excluding Capital share in Statutory Transfer) by a net amount of N575.63 billion, from N4.89 trillion to N5.47 trillion. Nevertheless, provisions for some critical projects were reduced. These include: Reduction of N12.6 billion in the Ministry of Transport’s budget for the ongoing Rail Modernisation projects, Reduction of N25.8 billion from Power Sector Reform Programme under the Ministry of Finance, Budget and National Planning, and

Reduction of N14.5 billion from several projects of the Ministry of Agriculture, and introducing over 1,500 new projects into the budgets of this Ministry and its agencies.”

The President also observed that while funds to critical sectors of the economy were unilaterally cut by the lawmakers, the signed documents were characterised by the inclusion of new provisions totalling N36.59 billion for National Assembly’s projects in the Service Wide Vote negates the principles of separation of Powers and financial autonomy of the Legislative arm of government.

“The changes to the original Executive proposal are in the form of new insertions, outright removals, reductions and/or increases in the amounts allocated to projects.

“Provisions made for as many as 10,733 projects were reduced while 6,576 new projects were introduced into the budget by the National Assembly.

“Reduction in the provisions for many strategic capital projects to introduce ‘Empowerment’ projects,” the President noted, warning however that the cuts in the provisions for several of these projects by the National Assembly may render the projects unimplementable or set back their completion, especially some of this Administration’s strategic capital projects. He added that “Most of the projects inserted relate to matters that are the responsibilities of state and local governments, and do not appear to have been properly conceptualized, designed and cost.”

He also raised the alarm that many more projects have been added to the budgets of some MDAs with no consideration for the institutional capacity to execute the additional projects and/or for the incremental recurrent expenditure that may be required.

Analysts, therefore, wondered why despite the National Assembly increasing projected revenue by N609.27 billion, the additional Executive request of N186.53 billion for critical expenditure items could not be accommodated without increasing the deficit, while the sum of N550.59 billion from the projected incremental revenues was allocated at the discretion of National Assembly.

In a year when political campaigns are due to take the centre stage, analysts warned that it is imperative for both the executive and the legislators to seek ways to remove all the grey areas from the budget document in the interest of the Nigerian people.