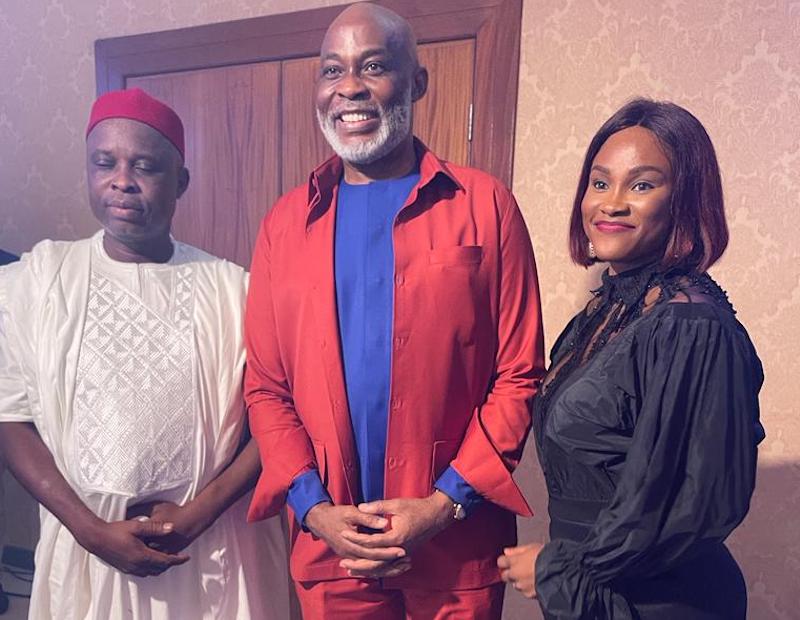 Entertainment stars like Richard Mofe Damijo, Charles Granville, 2Baba, Senator and MC Acapella were among the celebrities present at Oriental Hotel Skyline, venue of a surprise party, hosted in honour of business magnate, Gilbert Igweka, who turned 50 on January 6, 2022.

Eulogizing the business mogul’s culture of hard work, humility and integrity in his endeavours, the entertainers engaged guests who thronged the venue from various parts of the country with not only their performances but remarks about the Ukpor, Anambra State born magnate, who is one of the biggest players in the building and construction sector in Nigeria.

According to Charles Granville, actor, producer, businessman and IPGC special envoy to ECOWAS, Igweka’s life is a mirror to what a life of service entails. “I have known Gilbert Igweka for a while now, and I have learnt a lot from him about service, humility and most of all integrity. He is a great man, which is the reason so many people turned out here today to honour him.”

Beyond the entertainers, there were also celebrities from the corporate sector, public service and politics.

Clad in a red jacket and matching pants, Richard Mofe-Damijo, who anchored some segments of the event, enjoined the business mogul to sustain his spirit of goodwill which has endeared him to Nigerians across ethnic, religious and political divides.