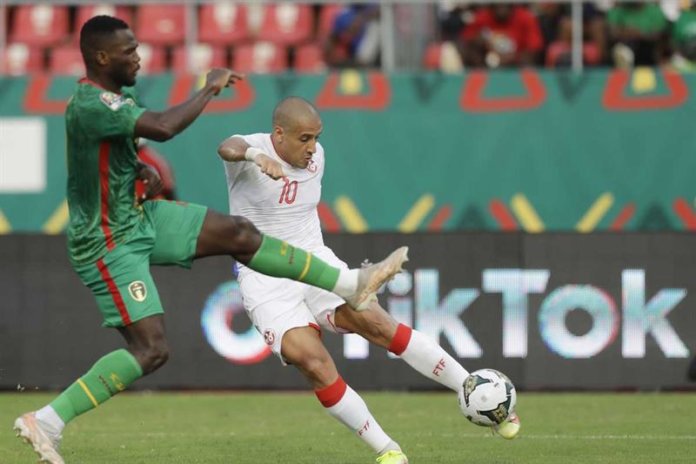 Africa Cup of Nations debutants The Gambia will be looking to secure top spot in Group F when they take on Tunisia at the Limbe Stadium tonight.

Tom Saintfiet’s side are in pole position and tied with Mali going into their final group match after picking up four points from their opening two outings at the showpiece event.

The Scorpions kicked off their campaign in Cameroon with a 1-0 victory over Mauritania on 12 January courtesy of a sensation strike by Ablie Jallow before a late penalty from Musa Barrow clinched a 1-1 draw with Mali four days later.

They will be targeting another stellar performance against the Eagles of Carthage as their West African rivals are expected to take all three points from their clash with the already-eliminated Lions of Chinguetti.

Barrow has one goal and one assist at the tournament and was named man of the match against the Mauritanians. The Bologna midfielder is keen to kick on and help his country make more history at the 33rd edition of Afcon.

“I am prepared and focus to continue from where I left off the last game,” he told CAFOnline.

“This shows that teamwork matters, we qualified to this tournament because we played and defended as a team, we try to play fast transitions when we recover the ball.

“When we play, we always try to help and push one another on the pitch; we play as a team and try to improve game by game.

“We always learn from each game, playing as a team and continue to be humble and stay focus and Insh’Allah (God willing) results will come.”

The 2004 African champions are third in the group on three points, having began their bid for a second title with a 1-0 defeat to the Eagles a week ago followed by a 4-0 hammering of Mauritania on Sunday.

A point could be enough to see Mondher Kebaier’s men qualify for the round of 16 as one of the best third-placed teams, but they will be gunning for victory against Africa’s 46th-ranked nation.

“We must have this hatred of defeat, vary our game, correct the transmissions to try to beat Gambia in the next match,” Kebaier said after Sunday’s win.

In their only previous meeting back in January 2010, Gambia emerged 1-0 victors in a friendly in Tunis.