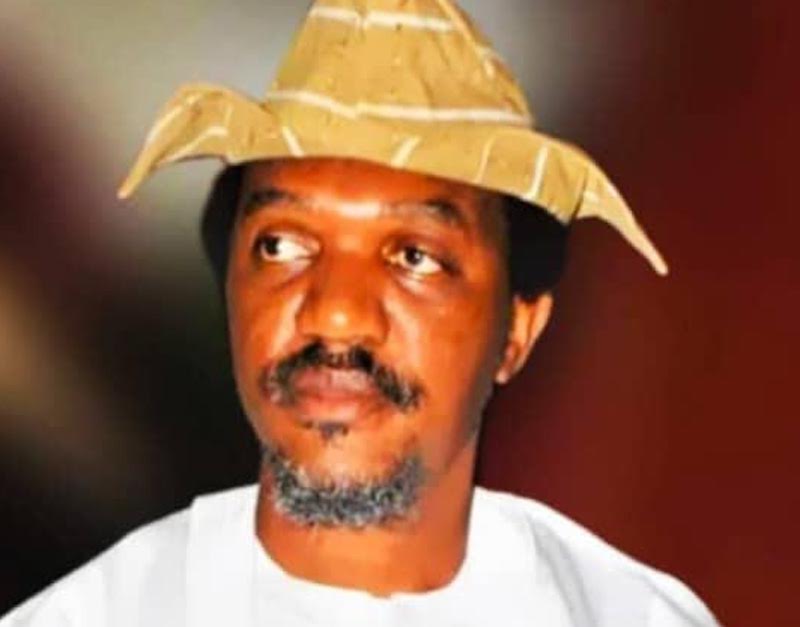 Most people, including this writer, misunderstood the promotion of Ibadan high chiefs carried out by the administration of the immediate past Governor of Oyo State, the late Senator Abiola Ajimobi.

However, the recent passage of His Imperial Majesty, the Olubadan of Ibadan, Oba Saliu Adetunji, brought the saga of the chieftaincy upgrade back to the front burner of public consciousness. The Ibadan traditional chieftaincy has always been a fascinating institution.

In terms of thematic significance as a representative monarchy, the Ibadan kingship institution is more sophisticated than most monarchies in Yoruba land or neighbouring Benin or even the British monarchy because in the latter cases the underlying principle of ascension is built upon a class system of inherited or hereditary caste superiority.

The Ibadan system is so unique that succession is not hereditary but based on an egalitarian peerage system that is in turn built upon a sophisticated yet interconnected coterie of agboile – a network of relations embedded in nuclear and extended family units.

Put succinctly, there is no class system in Ibadan as each household is royalty de jure. Indeed, every chief from a Mogaji upward is a potential Olubadan in sequential order of seniority and by extension, every male child in Ibadan is a potential king.

In 2016 when the administration of Ajimobi activated the process to review this arrangement, a majority of the people thought he had tampered with this unique sequential republican succession order.

What many did not take into consideration however was that the non-elevation of the members of the Olubadan in Council was an inhibitive factor in the promotion to the status of Obas of each deserving Baale or viceroys of adjoining communities that were hitherto traditionally being supervised by each of the High Chiefs that constituted members of the Olubadan in Council.

For example, it would be a gratuitous affront on the Yoruba tradition of Obaship for an Otun Olubadan (as he was pre-Ajumobi) to superintend a Council that has an Oba of Ijaye as the traditional ruler.

As a strategic workaround, the late Ajimobi elevated the principal chiefs of Ibadan to be able to bear the revered title of ‘Oba’ whilst in principle retaining their functional status as principal Superior Chiefs of the Olubadan.

This new arrangement served as a clever workaround as it enabled the Ajimobi’s administration to promote the Baales of the adjoining communities whilst still keeping strictly within the cherished Yoruba Obaship tradition as only an Oba can preside at a meeting of fellow Obas.

This ignorance fuelled the unnecessary feisty debate over who would become Olubadan following the transition of Oba Saliu Olatunji in January 2022. Some even claimed that an Oba cannot be elevated to take up another Obaship elsewhere. The history of the Yorubas disagrees with this. Oranmiyan, the son of Okanbi, the sole child of Oduduwa, was already Oba of Ibini (Benin) before Ifa mandated him to go back to the source to assume the then more organized throne of Oduduwa as the Oba of Ife.

The Ogbolu was already an Oba of Ita-Ogbolu (in present-day Ondo State) before Ifa directed that he be invited to become the Oba of Akure.

According to the gazette published by the Oyo State Government in 2017, both the arrangement pre and post Ajimobi’s reform ensured that the sequential succession order in Ibadan remains sacrosanct and immutable. Whoever is the Otun Olubadan is next in line. It is that simple.

Except that for each bonafide Ibadan male child, the Ajimobi Reform has now further expanded the probability of becoming an Oba by additional 22 numerical possibilities and may have ended the subliminal ‘agbotikuyo’ hankering – of furtively wishing death upon senior colleagues – by High Chiefs of the Olubadan.

It is also important to note that all the 22 new Ajimobi Obas are themselves status to be attained through the existing ‘turn-by-turn’ upward rise on the Olubadan ascension ladder. All the positions are potentially open to every male child in Ibadan.

Kingdoms have been vanquished as a result of tradition. To prevent a British party from interfering with Benin traditional rituals in 1897, some chiefs under the reign of Oba Ovonramwen Nogbaisi attacked the British expedition killing about 200 African porters.

Britain responded by sacking Benin. Over the millennial, nations or civilizations that have been at the top have also been those that struck a good balance between tradition and change – those who know when to reinvent and re-adapt their traditions in order to be competitive and retain their relevance.

When you see Chinese diplomats and their national leaders in European suits instead of hanfu or robes, they are not foolish; they merely understand the concept of cultural dynamism and change. Same China is jealously preserving other enduring traditions that you may consider irrelevant.

Also, up until September 2011, female members of the British royal family did not have the same right as males to ascend to the British throne. Male heirs had always taken precedence over their sisters in succession.

The only way for a woman to ascend to the throne, as Queen Elizabeth did in 1952, had been if the previous monarch had no sons. That gender imbalance however changed in October 2012. Britain ended a tradition that promoted male gender superiority. Britain changed the rule.

Japan’s tradition forbids the reign of a monarch during the lifetime of another monarch. That tradition changed in 2019. Japan’s then 85-year-old Emperor Akihito, citing concerns about his age and declining health, ‘retired’ and handed over to his son, Crown Prince Naruhito. Pope Benedict XVI resigned in 2013. In his lifetime, another conclave was held and another was elected the Pope. This writer is one of those who have openly advocated that the amiable Queen of England should abdicate to her son. Ditto any king that is advanced in age.

There is no better example of the epic significance of the change of tradition than in Ibadan itself. In 1861, the succession crisis to the throne of the Alaafin of Oyo was a major trigger of the war between Ijaye and Ibadan. That crisis centred on the protection of tradition. Kunrunmi, the Aare Onakakanfo of Yoruba land was a staunch advocate of the then tradition which forbade the Alaafin Atobatele Atiba’s favourite son, Adelu, from ascending the throne after the demise of his father.

Ibadan however objected to the preservation of that tradition and frontally pitched camp with Adelu and the latter was crowned as Alaafin of Oyo in 1859. Full hostility broke out two years later with heavy casualties on both sides and the ultimate death of the Aare himself. That conquest solidified the position of Ibadan as a regional power and became instrumental to its prestige in the entire Yoruba nation.

The biggest argument against the monarchy in the United Kingdom is that appointing a head of state using the hereditary principle is undemocratic, unfair and elitist. The Ibadan kingship completely avoided this potential pitfall by ensuring that in principle, every male child in Ibadan is a potential sovereign.

The British monarchy is exclusive. Ditt most other monarchies. The Ibadan monarchy is however inclusive. Obaship in Ibadan thus has remained an excellent example of what modern kingship should be. It is a monarchy that defers to democratic ethos and is properly guided by the highest of republican ideals.

The system of state-governance that the Yorubas achieved in Ibadan with the conceptual framework of ‘zero class’ and ‘all citizen royal’, is a superior political and philosophical agency comparable to the Greek achievement with the founding of democracy in the city-state of Athens. The late Ajimobi did not alter this.

I am strongly suspecting that Ajimobi’s reform may eventually be validated by the higher courts. That is the right thing to happen barring a withdrawal of support by the incumbent administration in the state. This is because it was a decision of the Oyo State Executive Council which is legally the foremost authority on chieftaincy matters in Oyo State. Some have questioned Senator Lekan Balogun, the Otun Olubadan on moral ground. Such individuals are mistaken.

Given the basis that necessitated the reform, the Otun Olubadan has done the right thing up till now. Oba Balogun, the Otun Olubadan (the next Olubadan) can only fail the moral test if he decides to flip sides, withdraw support for his previous colleagues or refuse to recognize them as minor Obas upon his being crowned the Olubadan. This is when the moral entanglement can set in, not now.

In conclusion, rather than being vilified as someone who assaulted tradition, it is clear that Ajimobi indeed protected the monarchy, entrenched its relevance and further expanded its space for greater inclusion and participation.