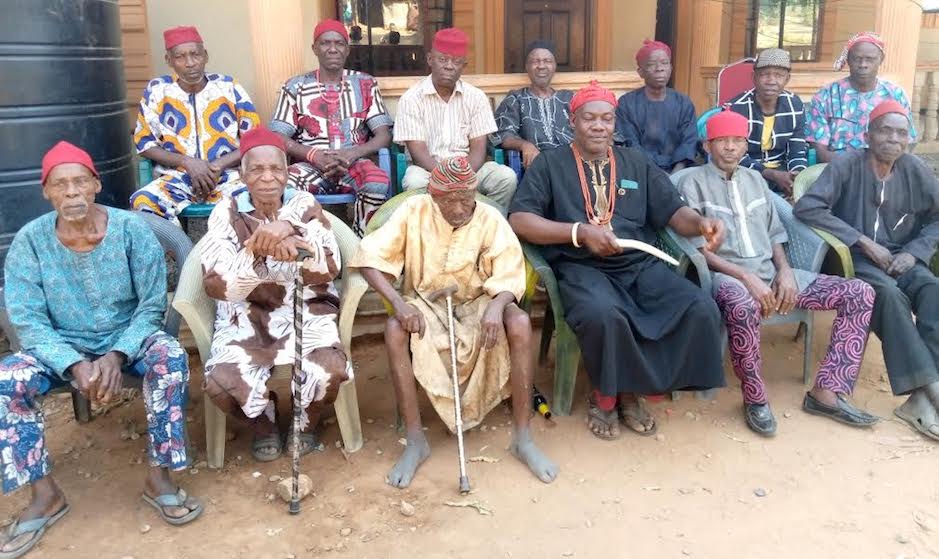 Ugwuoba Community in Enugu State is currently accusing the state government of plotting to hijack 88.9 hectares of their ancestral land within the 150 hectares by force, and appropriate said land, under the guise of developing Ibrahim Abacha Estate, reports David-Chyddy Eleke

They relate with the people of Anambra far more than they do with their Enugu folks, and if they have need to leave the agrarian community for the city for anything, the people move southwards to Awka, the capital of Anambra State, than Northwards to Enugu City.

Unlike other border towns where they have boundary disputes with neighbouring states, the people of Ugwuoba do not have problem with their neighbours, but the current land tussle they are enmeshed in, is with their own state government, Enugu, through the Enugu state Housing Development Corporation.

Two villages in the community; Obinagu and Eziachi are accusing the Managing Director of Enugu State Housing Development Corporation, Mr Chiemerie Agu, of plot to seize their land, through what they call a bogus development plan for an estate, Ibrahim Abacha Estate. They however added that the plot was not to develop the area, but to sell off their ancestral land to strangers for development, leaving their sons with none.

It was tears of sorrow last week Tuesday and Thursday as elders of Obinagu and Eziachi Village, Ugwuoba community met separately in their village squares over their plight, while bitterly complaining of the plans of the Enugu State Housing Development Corporation to hijack their 88.9 hectares of ancestral land within the 150 hectares by force.

Elders of Obinagu, led by 96 years-old-old Boniface Igweze bemoaned the destruction of their properties worth several millions of naira including houses, cash crops, farm land and ancestral deities by the housing corporation in order to forcefully take over their Anioma Obinagu Ogboo land for a housing estate without their consent.

Addressing newsmen in Awka shortly after their village meeting to place ancestral curses on those bent on trespassing on their ancestral land, the elders in their 90’s, 80’s and 70’s appealed to the Enugu state Governor, Rt Hon Ifeanyi Ugwuanyi to use his office to call the Housing Development Corporation to order in the interest of peace and humanity.

96 years-old-old Boniface Igweze, an elder in the village who spoke on behalf of his people cried bitterly over plans by the Enugu State Housing Development Corporation to hijack their 88.9 hectares of ancestral land by force.

“We have restrained our youths from engaging in violence over the ownership of the land because we believe in lawful pursuits and the Governor’s understanding and intervention for peaceful resolution. We appeal to Governor Ugwuanyi to call the Enugu State Housing Development Corporation Managing Director, Mr Chimerie Agu and all his cohorts to order as their insensitivity has stretched our patience, hence our resolution to hand over the battle to the gods of our land, aside continued pursuit of the case through all lawful means.”

The community appealed to Governor Ugwuanyi to use his offices to call the Housing Development Corporation to order in the interest of peace, while urging developers who may have benefited from the land to desist from erecting structures on it, to avoid forfeiture. The community said if after 14 days, Governor Ugwuanyi refuses to intervene as a father and governor of the state, there may be a breakdown of law and order.

They said they have restrained their youths from engaging in violence over the ownership of the land because they believed in lawful pursuits and the Governor’s understanding and intervention for peaceful resolution.

Meanwhile, in Eziachi village, elders are also protesting the near forceful collection of their ancestral homes for an estate project. Barely one week after some elders of Obinagu Village bitterly complained to Governor Ifeanyi Ugwuanyi, Eziachi joined the fray, accusing the same Enugu State Housing Development Corporation of land grabbing and contempt.

Eziachi village led by the oldest man in Ugwuoba Community, (Otuchalu Ugwuoba) Chief Emeka Tagbo alongside other elders decried the bad image the leadership of Enugu State Housing Development Corporation led by the Managing Director, Mr Chimerie Agu is causing the governor, by grabbing land without due process.

110 years old Otuchalu Ugwuoba, Chief Tagbo wondered why Enugu State Housing Development Corporation should be rubbishing the good image of Governor Ugwuanyi by dabbling into communal land politics and constituting nuisance for the state government and the governor.

He said: We are asking the Enugu State Housing Development Corporation, which is destroying our farms, cash crops and properties worth several millions of Naira to stop forthwith as they have caused untold hardship and agony to so many families whose building projects on their lands have been truncated.”

Chief Tagbo who addressed villagers in the company of the Chairman of Eziachi village, Prince Emmanuel Chukwu Nwokeabia; 95 years old Chief Atuba Nwammuo; and 85 years old Chief Nwachukwu Fidelis among others requested Governor Ugwuanyi to intervene in the numerous unnecessary land grabbing in Ugwuoba axis of Enugu State by instructing the Enugu State Housing Development Corporation to follow due process in acquiring land for its housing development, which he said nobody is against, adding that its modus operandi is totally condemnable.

“We want to know why communities who have no land in Eziachi village should hand over their ancestral land and that of other communities to Enugu State Housing Development Corporation and they went into development without recourse to the land owners and their neighbours who also have land in the 150 hectares Ibrahim Abacha Estate Ugwuoba.

The Ugwuoba oldest man told Governor Ugwuanyi to call them to a meeting to hear their side of the story with all documentary evidence, even as he reminded the governor that Agolo/Okpuno had no boundaries with them or their neighbours at Obinagu end, adding that the natural boundaries have been the stream/river. He wondered why the Enugu State Housing Development Corporation allowed itself to be deceived by the people of Agolo/Okpuno village.

Also, the Chairman of Eziachi village, Prince Emmanuel Chukwu Nwokeabia said his village gave no government agency any land and should be spared of the embarrassing scenario, harassment, intimidation and mental torture by meeting the community for a peaceful resolution of the imbroglio.

“We wondered why the Enugu state Housing Development Corporation MD, Mr Chiemerie Agu will be conniving with people outside our village to sell our village land to the extent of chasing us away forcefully from our aboriginal land.

THISDAY’s attempts to speak to the MD of the development corporation, Mr Agu proved abortive. Calls to his mobile lines were not answered, but a statement credited to him, which was made available to journalists accused few elders of the communities involved of attempt to frustrate development in the area by inciting others against the government. He urged all to discountenance the protest.

“We have restrained our youths from engaging in violence over the ownership of the land because we believe in lawful pursuits and the governor’s understanding and intervention for peaceful resolution. We appeal to Governor Ugwuanyi to call the Enugu State Housing Development Corporation Managing Director, Mr Chimerie Agu and all his cohorts to order”