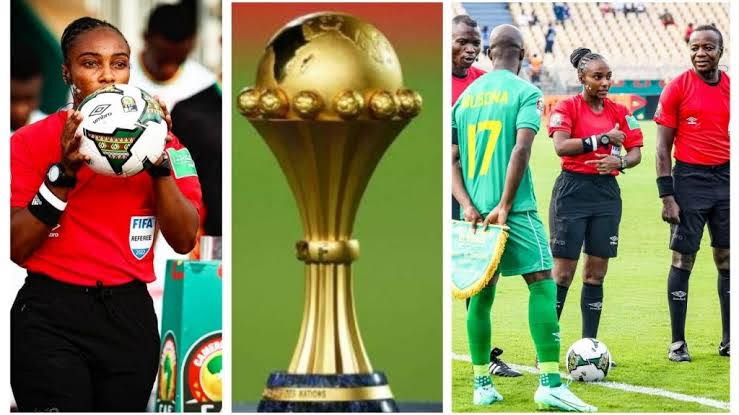 Senegal finished top of Group B with five points at the Africa Cup of Nations despite being held to a 0-0 draw by Malawi. Guinea that tied on same four points as Malawi progressed as runner up based on head-to-head rule of the tournament. Zimbabwe finished at the bottom on three points.

However, it was Salima Mukansanga, 35, who made history yesterday becoming the first woman to referee a Nations Cup game.

The Rwanda national officiated the group’s other game between already eliminated Zimbabwe and Guinea. Despite the 2-1 defeat, Guinea made it to the Last 16.

Habib Diallo and Sadio Mane went close for Senegal, while Malawi had the award of a penalty overturned following a video assistant referee review.

The Flames thought they had a spot-kick in the 74th minute when left-back Gomezgani Chirwa went down under the challenge of Bouna Sarr.

Malawi finish third in the table on four points and could yet qualify for the last 16 in Cameroon as one of four best-ranked third-placed sides.

Senegal, Nations Cup runners-up in 2019, only scored one goal in their three group matches – Mane’s 97th-minute winner against Zimbabwe in their opener.

The Teranga Lions will face a third-placed side from Group A, C or D in the last 16 on Tuesday, 25 January.

Senegal were back to full strength for the first time, with goalkeeper Edouard Mendy and captain Kalidou Koulibaly making their first appearances following bouts of Covid-19 and midfielder Idrissa Gana Gueye also returning after a positive test.

Yet Aliou Cisse’s side – among the pre-tournament favourites – were still lacking fluency and end product, and Malawi were the more threatening side in the first half after Mane lifted an early chance over the bar.