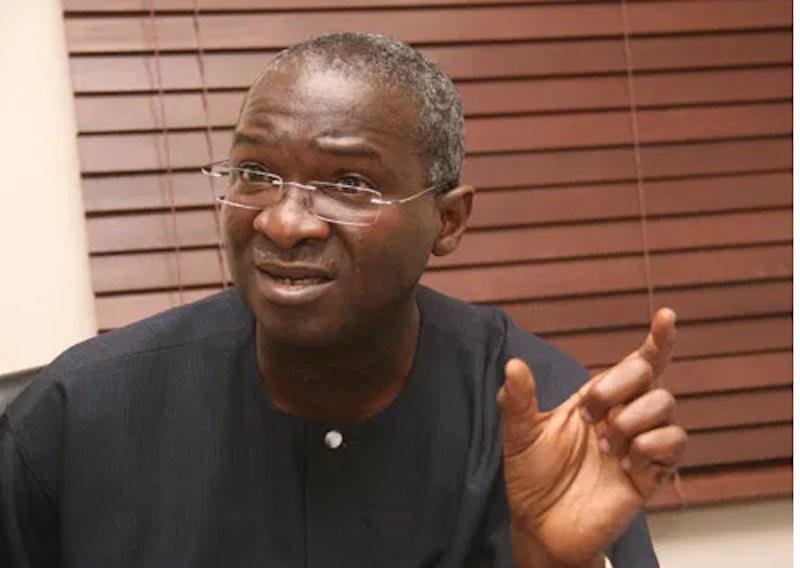 Minister of Works and Housing, Mr Babatunde Fashola (SAN), has called on the Nigerian public to support the federal government to ensure all roads and utilities across the nation are kept in good condition.

The Permanent Secretary in the ministry, Babangida Hussaini, who represented the minister during an inspection, warned members of the public to desist from any activity that will cause damage to the roads, reminding them that government will not hesitate to visit the full course of the law against violators.

The warning came in reaction to a portion of the road shoulders on Kano Western bypass damaged during the construction of a filling station by one Alhaji Sabi’u Farinwata whom Hussaini, who had been instructed to fix the damaged portions.

The minister enjoined Nigerians to support the administration of President Muhammadu Buhari in its efforts at providing good road infrastructure across the country for the benefit of Nigerians.

“This administration of President Muhammadu Buhari has committed a lot of resources to fix our road infrastructure, it is therefore incumbent upon us all to ensure the proper usage and maintenance for them to last “he stated.

Meanwhile, the Director, Engineering Services in the Federal Ministry of Works and Housing, Julius Olurinola, has completed the mandatory 35 years in the Nigeria civil service and has bowed out
Hussaini, during the send off reception, described the new retiree as a seasoned engineer whom he had worked with for a period of about six years.

“I have worked with him and I must say I enjoyed his professionalism and timeliness in the manner he addressed some engineering issues in the ministry,” he said. He also commended Olurinola for his contribution to the renewable energy.

In his response, Olurinola attributed his success to the support of the minister and his team.
“Their leadership, mentorship and guidance was the major boost that kept me on. I am very privileged to have served under their able leadership,” he said.