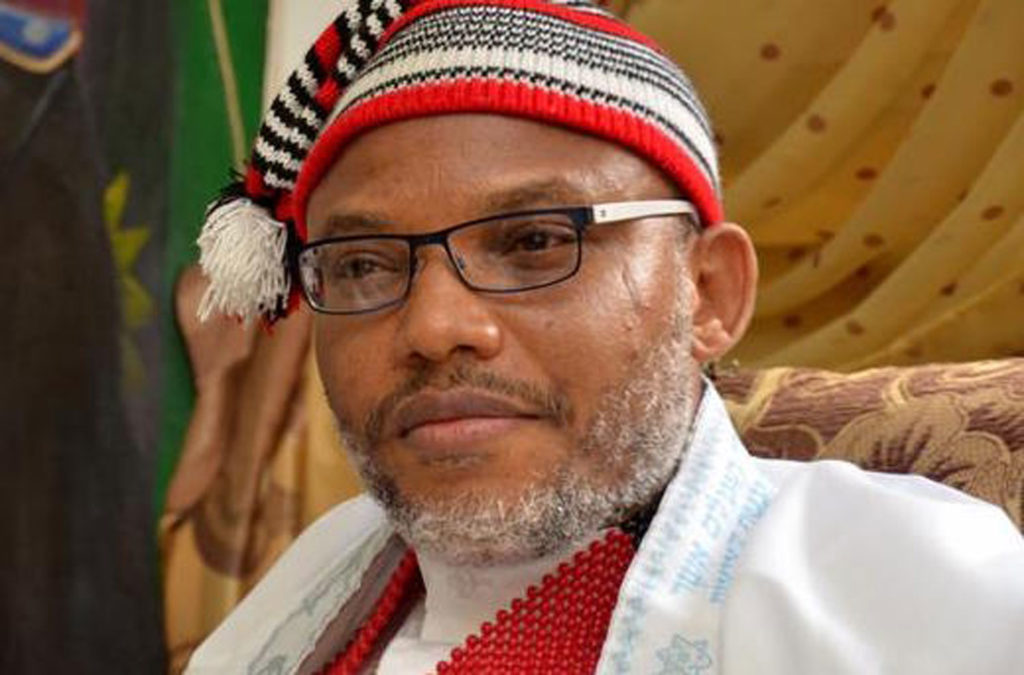 The Federal Government has once again amended terrorism charges filed against the leader of the proscribed Indigenous People of Biafra (IPOB) Nnamdi Kanu.

The amendment filed on January 17, is coming barely twenty four hours to the resumed trial of Kanu over alleged crime bordering on terrorism before Justice Binta Nyako of the Abuja Division of the Federal High Court.

Although the judge had in last November adjourned to January 19, 2022 to hear all pending applications regarding the suit, it however brought forward the hearing to January 18, following request by Kanu’s lawyer, Ifeanyi Ejiofor.

The amendment which is the second since the IPOB leader was rearrested and extradited to Nigeria, mid last year, included eight new charges.

He pleaded not guilty to the charges read to him in October this year.

However, when the case resumes Tuesday, Kanu is expected to take a fresh plea on 15 charges contained in the amended process filed by the Director of Public Prosecution, Mohammed Abubakar

Meanwhile, Justice Nyako is expected to continue with the schedule of the day after Kanu must have taken his plea on the fresh charges, which is the hearing of a motion challenging the competent of the charge filed by the federal government as well as the jurisdiction of the court to hear the suit.