FG: Implementation of 65yrs Retirement Age for Teachers Has Commenced  31 mins ago 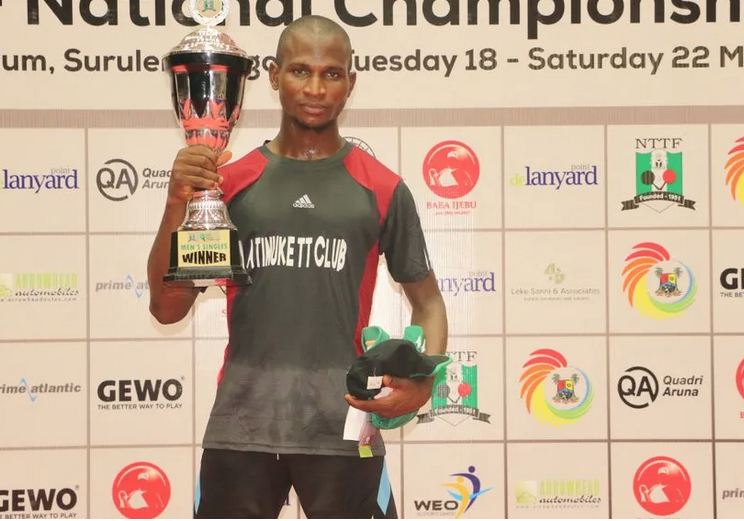 For the second time in a row, Fatimo Bello of Nigeria retained her women’s singles title after beating compatriot – Aminat Fashola 4-2 in the final of the ITTF Africa Western Region Championships concluded at the Molade Okoya-Thomas Hall in Lagos.

In the entertaining Men’s final, the calmness of Akanbi paid off for him as he humbled Solanke 4-3 (7-11, 11-3, 6-11, 11-8, 10-12, 11-4, 11-8).
The four-day event was dominated by Nigeria ahead of participating teams like Ghana, Cote d’Ivoire, Liberia, Togo and Benin Republic.
Nigeria’s dominance started in the team event with the host claiming the men and women titles in team.

For the Secretary General, ITTF Africa Western Region, Germain Karou, the tournament has been a huge success considering the quality of organisation and play during the four-day event. “I am impressed with what Nigeria has put up, particularly the standard of play from the players. We hope and believe Nigeria will continue to lead the region so that others can come up and compete favourably with them at continental and global levels,” Karou said.