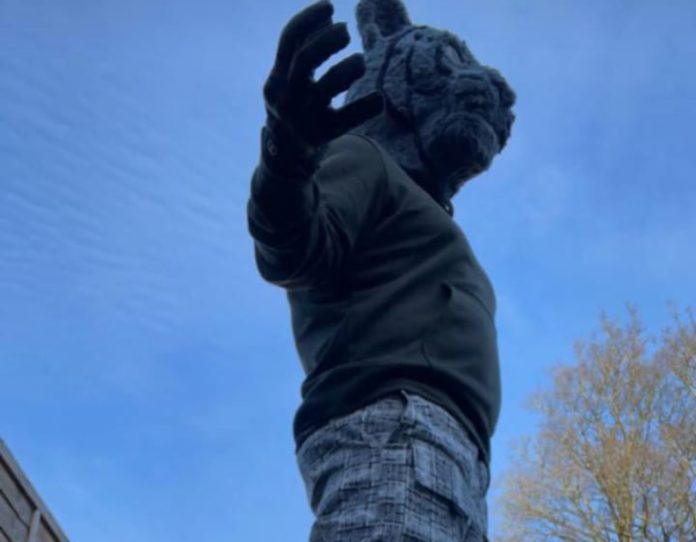 The stage name “Gray Tiger” can only be associated with a rising entertainer who has a passion and devotion to producing pleasant and relatable sounds, not only easy enough for everyone to vibe with but also vouched as being meaningful to those who have listened to his songs.
The upcoming musician claimed to be from the land of the spirits. It is believed that he had rather meant to emphasize the talent and passion for creating music to not have been born but created on the whims of the creator just as he had mentioned in an exclusive interview.
Gray Tiger is based in Lagos and seemed to have just begun his journey in the music industry. Although he does not have his feet fully in the music world, his enthusiasm for producing incredible sounds can not be ignored.
There seemed not to be a traceable beginning for the entry of Gray Tiger into the world of music, the difference his music brings just happened to be brought into the limelight all of a sudden. However, the musician helped his audience clear the confusion as he stated in the interview that he started producing music in 2020.
The genre of music he produces cab be traced back to the evergreen Afro Music, although it seems his sounds have a distinct touch to them. The fresh of breath air his music brings cannot be debunked, this may be because his music embodies a fusion of international and Nigerian vibes, giving credit to his origin after all.
As stated earlier, the Lagos-based entertainer seemed loved by the devoted audience his distinct sounds have amassed so far. This fact is corroborated by the musician as he gladly boasted that he is only uniquely differentiated from other musicians because he does what nobody does; creating music for all ages.
Considering that Gray Tiger started his music career barely two(2) years ago, it is applaudable that he, finally, has managed to channel his uniqueness into releasing his sounds like That’s it,(an instrumental), Fun Tonight, and Flexxin. However, what is more, interesting is the fact that he has collaborated with some other musicians, some of which are, Spanky Stunt O, and Milli X.
Gray Tiger professed that he was on a mission to change everyone’s understanding of Afro Inspired fusion. The courage behind this statement is quite appealing. How does he expect to do that? This statement can not be made by just anyone! This conviction and composure can only be due to the energy, passion, and creativity that he channels during his music production. Rather, he must have probably stated that this because of his carefree ability to simply express how he feels at each point of producing his sounds.
When questioned about the accomplishments he sees himself achieving in ten (10) years, he had given a perfect response saying ” I want to have completely expanded your mind on what people think would be impossible, Awards would be nice but that’s not what I’m about”. What more could be asked from someone who apparently wants to be a change in the music world! It would be no surprise if he becomes attains celebrity status soon.
Gray hinted to his fans during the interview that he is currently working on another track named “Colours”. It is anticipated that more of the evergreen sounds experienced in his previous songs would be projected in this new track.
If he could achieve all of these in less than two (2) years then it would not be a myth to affirm that Gray Tiger is indeed making his change-making entrance into the music world.