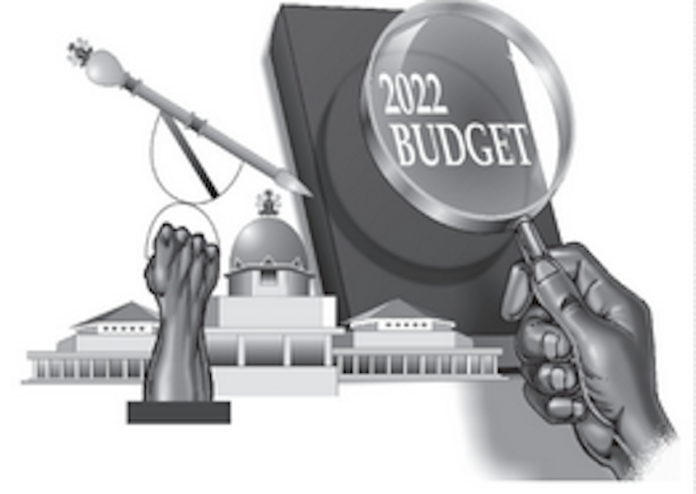 While presenting the N16.4 trillion Appropriation Bill for the 2022 fiscal year to the National Assembly on 8th October, President Muhammadu Buhari christened it “Budget of Economic Growth and Sustainability”. This annual ritual of presenting fiscal documents to the parliament with some fancy titles is not new to Nigerians. The problem is that the programmes highlighted hardly ever make any difference in the lives of the people after all the money would have been spent.

As has become the norm in recent years, the proposed budget is heavy on deficit. For 2022, the fiscal deficit is standing at N6.26 trillion, which represents 3.39 per cent of estimated 4.2 per cent gross domestic product (GDP). For the first time, this is also above the 3 per cent threshold prescribed by the Fiscal Responsibility Act (FRA, 2007). The deficit is to be financed mainly by new borrowings totaling N5.01 trillion yet Nigerians still do not know how all these loans would be repaid.

In real terms, the proposed 2022 budget is not a marked departure from previous budgets under the Buhari administration. Personnel cost, debt service and capital expenditure are to account for 85 per cent of the largest expenditure items. Incidentally, the federal government has admitted that Nigeria’s debt service-to-GDP ratio at 73 per cent is not only worrying but is the highest among African top economies.

The revenue challenge has become a recurring decimal, and government appears to be wallowing more in self-pity than addressing the problem squarely. Rather than entrench watertight measures to check leakages in the public service, borrowing has become the easy way out and 2022 is to witness even more loans amid growing concerns that this government has scant regards for transparency and accountability. For instance, despite pressure from the Nigeria Governors’ Forum (NGF) and the public to stop the suspicious payment of $418 million (N172 billion) to some private consultants on Paris Club refund to the consultants and less than a month after a directive by President Buhari, the Ministry of Finance, Budget and National Planning has commenced deductions to pay the claimants.

Indeed, there is a consensus about serious leakages in the Government Owned Enterprises (GOES), one of the flaws the 2020 Finance Act set to address. Year-on-year, audit reports from the Office of the Auditor General for the Federation (OAuGF) are replete with damning verdicts on the lack of transparency and accountability among ministries, departments, and agencies (MDAs). At worst, those fingered get a mere slap in the wrist. The Finance Act has now mandated the revenue agencies to limit their cost-to-revenue to a maximum of 50 per cent. In the past, they were allowed the luxury of remitting just 20 per cent of their operating surpluses and retain 80 per cent. How much the authorities enforce this provision to help address the revenue quagmire is a matter of time. While making a public presentation and breakdown of the 2022 Appropriation recently, the Minister of Finance, Budget and National Planning, Zainab Shamsuna Ahmed gave an indication that a tighter expenditure control, including enforcing of Finance Act 2020 provision limiting GOEs cost-to-revenue ratio to maximum of 50 per cent.

Recent data from the International Monetary Fund (IMF) indicate that Nigeria generates one of the lowest revenues globally. Between 2015 and 2019, the figures stood at 7.9 per cent of GDP, compared with a sub-Saharan African average of 12.7 per cent and a global average of 29.8 per cent. Yet, we need all the funds to defuse the ticking time bomb which under-investment in human capital, particularly the youth, constitutes. But in a milieu where public funds are practically shared between and among vested private interests, it is difficult to ask citizens to pay taxes.