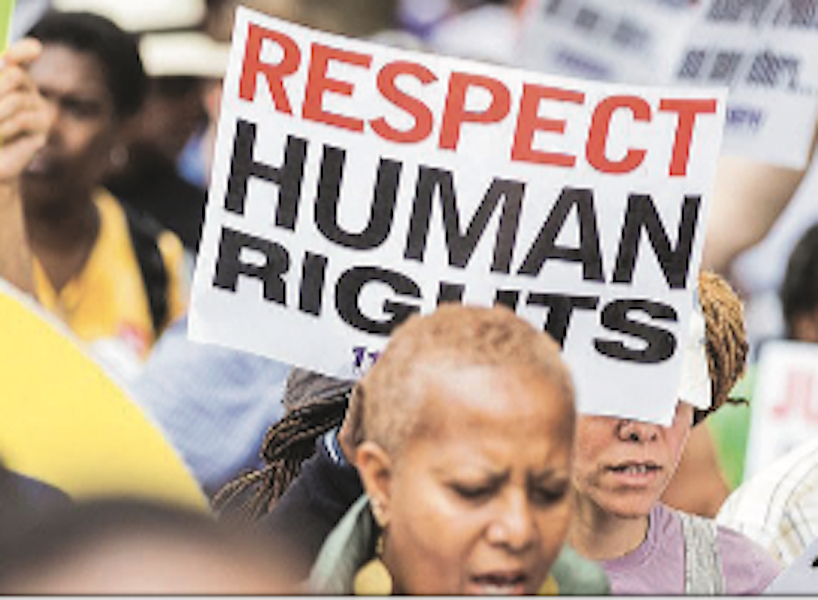 Meaning and Concept of Integrity

“Integrity” is the qualification of being honest, and having strong moral principles, moral uprightness. It is generally a personal choice, to hold oneself to consistent moral and ethical standards. Koehn defined integrity as “the compassionate and receptive work of making the self, whole and enduringly happy, through critically and assiduously separating who we truly are from the false ego”. Integrity has also been described as adhering to what one believes to be right, especially when a price is paid in foregoing immediate gain.

A value system’s abstraction depth and range of applicable interaction, may also function as significant factors in identifying integrity due to their congruence or lack of congruence with observation. A value system may evolve over time, while retaining integrity, if those who espouse the values account for and resolve inconsistencies. An individual’s value system provides a framework, within which the individual acts in ways which are consistent and expected.

Integrity can be seen as the state or condition of having such a framework, and acting congruently within the given framework. In personal ethics, this principle requires that one should not act according to any rule that one would not wish to see universally followed. For example, one should not steal, unless one would want to live in a world in which everyone was a thief.

The concept of integrity implies a wholeness, a comprehensive corpus of beliefs, often referred to as a worldview. This concept of wholeness emphasises honesty and authenticity, requiring that one acts at all times in accordance with the individual’s chosen worldview.

Integrity, is one of the top attributes of a great leader. It is a concept of consistency of actions, values, methods, measures, principles, expectations and outcomes. It connotes a deep commitment to do the right thing for the right reason, regardless of the circumstances. Choosing the right, regardless of the consequence, is the hallmark of integrity. Leaders without integrity cannot be trusted by their colleagues or the public, and inevitably, that will lead to problems.

In the protection of human rights, it is of great importance that leadership of the country is trustworthy. They must apply the Constitution and laws dealing with human rights and civil liberties, as they have voluntarily sworn to. To this end, Muel Kaptein opines that integrity starts with what politicians should know and what their position entails, since integrity demands knowledge and compliance with both the letter and the spirit of the written and unwritten rules. So by ‘leading with integrity’, we are talking about behaviours in the leader that seek to yield the most moral outcomes, even when there is a cost (however short-term), to the leader, as a result.

What are Human Rights?

Human rights are moral principles or norms, which describe certain standards of human behaviour, and are regularly protected as legal rights in municipal and international law. They are commonly understood as inalienable fundamental rights “to which a person is inherently entitled simply because she or he is a human being”, and which are “inherent in all human beings” regardless of their nation, location, language, religion, ethnic origin or any other status. They are applicable everywhere and at every time, in the sense of being universal, and they are egalitarian in the sense of being the same for everyone. They require empathy and the rule of law, and impose an obligation on persons to respect the human rights of others. They should not be taken away, except as a result of due process based on specific circumstances; for example, human rights may include freedom from unlawful imprisonment, torture, and execution.

Historical sources for human rights can be traced to past documents, particularly the Constitution of Medina (622), Al-Risalah al-Huquq (659-713), Magna Carta (1215), the English Bill of Rights (1689), the French Declaration of the Rights of Man and of the Citizen (1789), and the Bill of Rights in the United States Constitution (1791). Early philosophical sources of the idea of human rights include Francisco Suarez, Hugo Grotius, Samuel Pufendorf, John Locke, and Immanuel Kant. The idea of human rights suggests that, “if the public discourse of peacetime global society can be said to have a common moral language, it is that of human rights”. Many of the basic ideas that animated the human rights movement developed in the aftermath of the Second World War and the atrocities of the Holocaust, culminating in the adoption of the Universal Declaration of Human Rights in Paris by the United Nations General Assembly in 1948.

The Universal Declaration of Human Rights (UDHR) was adopted by the United Nations General Assembly in 1948, partly in response to the atrocities of World War II. It is generally viewed as the preeminent statement of international rights, and has been identified as being a culmination of centuries of thinking along both secular and religious lines. Although the UDHR is a non-binding resolution, it is now considered by some to have acquired the force of international customary law, which may be invoked in appropriate circumstances by national and other tribunals. The UDHR urges member nations to promote a number of human, civil, economic and social rights, asserting these rights as part of the “foundation of freedom, justice and peace in the world”. The declaration was the first international legal effort to limit the behaviour of States, and press upon them duties to their citizens.

The UDHR has served as a template for subsequent human rights instruments, and has had a positive impact on the legal, political, and cultural evolutions of nations and remains the mirror by which “every individual and every organ of society” reflects on human rights. Since the adoption and promulgation of the UDHR 1948, the United Nations has not wavered in its commitment to the promotion and protection of human rights. This explains the subsequent numerous resolutions, declarations and conventions which have been passed in the area of human rights.

Integrity and Protection of Human Rights

To protect human rights, is to ensure that people receive some degree of decent, humane treatment. Responsibility to protect human rights, resides first and foremost with the States themselves. However, in many cases, public authorities and government officials institute policies that violate basic human rights. Such abuses of power by political leaders and State authorities, have devastating effects. What can be done to safeguard human rights, when those in power are responsible for human rights violations? This is where the importance of integrity, cannot be over-emphasised.

For instance, the 1990 Copenhagen Document of the CSCE spells out in detail, what internal compliance and integrity in human rights protection may require, inter alia:

• Free elections that will be held at reasonable intervals by secret ballot or by equivalent free voting procedure, under conditions which ensure in practice, the free expression of the opinion of the electors in the choice of their representatives;
• A form of government that is representative in character, in which the executive is accountable to the elected legislature or the electorate;
• The duty of the government and public authorities to comply with the Constitution, and to act in a manner consistent with law;
• The activity of the government and the administration as well as that of the judiciary will be exercised in accordance with the system established by law; respect for that system must be ensured;
• Human rights and fundamental freedoms will be guaranteed by law and in accordance with their obligations under international law;
• All persons are equal before the law and are entitled, without any discrimination, to the equal protection of the law; the law will prohibit any discrimination and guarantee to all persons equal and effective protection against discrimination on any ground;
• Everyone will have an effective means of redress against administrative decisions, so as to guarantee respect for fundamental rights and ensure legal integrity;
• Administrative decisions against a person must be fully justifiable, and must as a rule indicate the usual remedies available; and
• The independence of Judges and the impartial operation of the public judicial service, will be ensured. Principles of fair trial are guaranteed and access to justice, to effective remedies, is secured.
Furthermore, to comply with human rights obligations, a State must establish foundations for the rule of law in which the following institutions must be guaranteed:
• A legislative institution, which represents the will of the people, and is chosen by free elections held at reasonable intervals under conditions which ensure in practice, the free expression of the opinion of the electors in the choice of their representatives. The legislative body should legislate in compliance with international human rights commitments.
• A judiciary that protects the human rights of individuals and groups against arbitrary legislative power, and guarantees effective remedies and fair trial.
• An executive branch that does not abuse discretionary power, and seeks to promote the enjoyment of human rights by all under its jurisdiction.
This is in line with the doctrine of Separation of Powers as espoused Philosophers and Jurists such as Aristotle, Saint Augustine, John Calvin, Hans Kelsen, John Locke, A.V. Dicey, and of which the foremost proponent is the French Jurist, Baron de Montesquieu. Montesquieu, argued in the Spirit of Law, that the division between the executive (the monarch) and the legislature (parliament), which itself was divided between the House of Lords (the aristocracy) and the House of Commons (the people) should, in theory, help to secure the integrity of the institutions, prevent a concentration of power and promote liberty, because the making and enforcing of laws are separated and inexpedient laws or dangerous actions are prevented.

In the protection of human rights by any form of government, integrity is a sine qua non. Leaders must imbibe the tenets of integrity, in the application of the Constitution, laws and rules. A Leader must understand and appreciate the fact that every human being reserves a great level of autonomy, which should not be tampered with in furtherance of selfish aggrandisement. Where leaders of a country pay lip service to the issue of human rights, there is bound to be a certain re-enactment of the deeds and acts of Emperor Nero, who fiddled while Rome crumbled in flames.