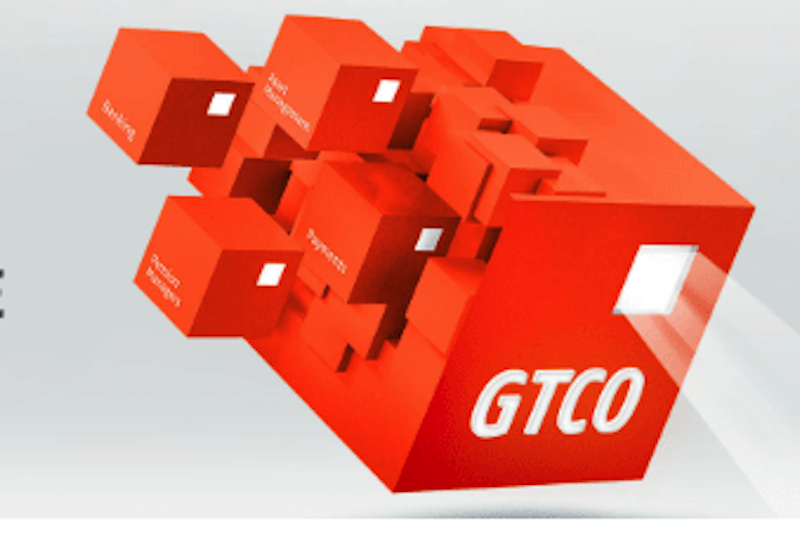 The balance sheet structure enabled the group to withstand the negative impact of COVID-19, which virtually affected all the sectors of the nation’s economy.
The group balance sheet remained well structured and diversified with total assets closing at N5.02 trillion as at June 30, 2021, an increase of about two per cent from N4.94 trillion reported in full year (FY) ended December 31, 2020.
A well-diversified funding base supported total assets as customer deposits, equity and customers’ escrow balances accounted for 75.3 per cent, 16 per cent and 8.8 per cent of the funding base respectively.

In term of diversification, loans and advances, fixed income securities and money market placements accounted for 32 per cent, 26 per cent and five per cent of total assets respectively.
The group’s earnings assets improvement did not impact interest income materially as it was driven by N178.2billion growth in investment securities oat the back of increase in the Central Bank of Nigeria (CBN) special bills holdings priced at 0.5 per cent.

Deposit Growth
The deposit growth is reflective of the group’s retail strategy, the key enabler in the face of the challenging operating environment, increased competition from Fintech’s and customers’ preference for Treasury Bills, which offered a higher interest rate.
Tenor deposits increased marginally, leading to change in low-cost deposit mix to 87.9 per cent in H1 2021 from 90.5 per cent in 2020 FY.

Interest Expenses
In addition, interest expenses dropped by 27 per cent to N19.04billion in H1 2021 from N26.09billion recorded in H1 2020.
On the other hand, non-interest income grew during the period, settling 11.4per cent higher at N80.39 billion. This followed the growth in net fees and commission income (+65.3per cent to N36.86 billion), gains from foreign exchange trading (5.3per cent to N8.05 billion) and discounts on digital earnings.
The volume expansion resulted in higher earnings from fees and commissions, which grew 45 per cent from N26.5billion in H1 2020 to N38.3billion in H1 2021 as Fee and commission expense closed H1 2021 at N1.43billion from N2.44billion recorded in H1 2020.

As with preceding periods, income from e-business was a strong contributor, supported by reduced expenses on loan recoveries and bank charges.
Consequently, the group net interest income dropped by 16 per cent to N107.06billion in H1 2021 from N127.62billion reported in H1 2020.

This led to net interest margin (NIM) that dropped to 6.98per cent in H1 2021 from 9.74 per cent in H1 2020 as the Group compensated for the drop in NIM by increased its volume of transactions leveraging on its retail base.
Dealing room efficiency resulted in net trading gains of N10.4billion as against N10.8billion in H1 2020), the slight decrease was due to a reduction in trading volumes.

Operating Expense
Operating expense grew by 7.2 per cent to N89.3billion in H1 2021 from N83.3billion in H1 2020 due to the impact of rising heading inflation and marginal Naira/Dollar rate movement in the official market which resulted in the increase in general prices of goods and services.
The recorded increase in OPEX by 7.2 per cent was below headline inflation which closed the first half of the year at 17.7 per cent in June 2021.

The growth in total assets was driven by depreciation and amoritization that grew by 9.3 per cent as a result of incremental charge on capital spend on expanding IT infrastructure in fourth quarter of 2020 as well as capitalisation of amount spent on furniture & equipment, computer hardware and software procured for branches in prior year. Also increase in regulatory charge- AMCON levy and deposit and other insurance premium contrbitued to growth in OPEX.
GTCO’s recorded AMCON levy increase of 27.3 per cent due to the growth in total asset and contingents to N4.37trillion in 2020FY from N3.44trillion recorded in 2019 FY.

Continued utilisation of the Group’s dollar liquidity enabled seamless repayment of maturing FCY borrowings thereby helping to reduce pressure from OPEX growth and sustain Cost of Funds (CoF) at 0.67 per cent (1.19 per cent 2020 FY).
Overall, cost to income ratio closed at 48.9p-er cent as at H1 2021 from 43.16 per cent in H1 2020, which is above the 35 per cent guidance.

Strong liquidity position
Liquidity ratio closed at 44.7 per cent in H1 2021 as against 38.9 per cent in 2020 FY, well above regulatory minimum of 30 per cent. Despite the pressure from COVID-19 pandemic and regulatory debits, the Group maintained average liquidity ratio of 40.71 per cent.
The Group continued to maintain strong capital position with Full and Transitional IFRS9 impact Capital Adequacy Ratio (CAR) of 24 per cent and 26.3 per cent respectively, 900 basis points above the regulatory minimum of 15 per cent.
Tier 1 capital remained a very significant component of the Group’s CAR standing at 23.7 per cent representing 99 per cent of Group’s full IFRS 9 impact CAR of 24 per cent.

Assets Quality
The group improved its assets quality with Non Performing Loan (NPL) (IFRS 9 stage 3 loans) closing at 5.99per cent in H1 2021 from 6.39per cent in 2020 FY.
The marginal increase in prudential NPLs from 6.39 per cent to 6.75 per cent resulted from stress noted with certain exposures within the Hospitality, Individuals, Clubs, Co-operative Societies and Union as this group of obligors were severally impacted by COVID-19.

Downstream sector benefitted from the N7.2billion write-off in H1 2021 as its NPLs improved to 8.7 per cent in H1 2021 from 10.9 per cent in 2020 FY.
Commenting on the performance, analysts at Cordros Securities said the HoldCo’s outing is reflective of the pressured macroeconomic and business environments.

The Lagos-based company in its report stated that: “For the rest of the year, we expect improvements in funded income performance as maturing funds are reinvested at higher yields and risk asset creation is accelerated. These should supplement the consistent growth recorded in non-funded income.”

Group Chief Executive Officer of Guaranty Trust Holding Company, Mr Segun Agbaje in a statement said: “The results reflect our commitment to building on our track record of solid financial performance, and our capability to constantly innovate will ensure we stay ahead of the curve at all times.

“We are counting on the enduring support of our loyal customers and the hard work of our dedicated staff to continually make end-to-end financial services easily accessible to everyone and to create the best outcomes for all our customers and the communities in which we operate.”

He further stated that; “Looking forward, we are focused on bringing to bear the full benefits of our new corporate structure by consolidating our leading position in all the economies where our franchise operates. We will also diversify our earnings from core banking, continue to empower businesses across Africa and beyond, and generate long-term returns for our shareholders.”