In Bid to Appease Govs, APC Postpones Campaign Kick off, as Party Moves to Expand PCC 11 mins ago 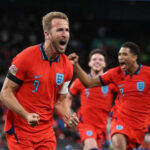 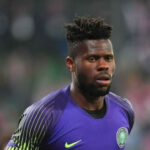 NFF Calls for End to Killings in South-east

Says Nigeria’s security forces one of the worst

The Nigerian Feminist Forum (NFF) has called for an immediate stop to the extrajudicial killings and other forms of genocide operations taking place in the South -east, as well as the abductions and disappearances of young men daily.

In a statement signed by its Communications Officer, Angela Nkwo, NFF also called for the release of all persons, including students rounded up in examination halls, and those alleged to be involved in terrorism, assassination, prison break, murder, amongst others from the police, army, DSS, and other security sister agencies.

The group also called for an immediate and thorough investigation into the killings.

It also called on all security operatives to discharge their duties with a human face and respect for other people’s rights especially as Nigeria is a signatory to international conventions where suspects are presumed innocent until proven guilty.

The statement read in part: “We appeal to the Nigerian government to embark on massive reorientation of our security operatives on the rules of engagement under a democratic dispensation.

“The Nigerian Feminist Forum calls on the south east governors to rise up to the oath of their office to protect their people and stop the massive human rights abuses under their watch.”

NFF expressed concern at the disproportionate killings and arrest of Nigerian citizens of eastern origin by operatives of the security agencies.

It also noted that Nigeria security forces had been rated one of the worst in the world in terms of lack of professional knowhow, secular or pluralistic composition and adherence to human rights principles during their operations.

The International Society for Civil Liberties and Rule of Law, a leading research and investigative rights group in its recent report unmasked evidence of how soldiers, police and other Nigerian security operatives presently deployed to the South East have engaged in falsely labeling and abducting innocent citizens and students.

The report highlights, documents and numbers the extra-judicial killings as reaching 170 persons. Whilst secret abductions, the permanent disappearance or feared unlawful execution in custody of no fewer than 550 persons, and general arrest and abduction of not less than 2100 persons. With those arrested and or abducted presently held in different open and secret dungeons located within and outside the south east and the Makurdi prisons in Benue State where over 300 were recently found to have been transferred and kept.

Other facilities include the conventional and unconventional military, police and SSS detention facilities in Abuja, Niger State and other undisclosed locations in the North, as well as Owerri, Awka, Port Harcourt and Abakaliki state CIDs and correctional facilities.

From 24th – 30th May 2021, it has been documented that 30 open and secret killings were perpetrated by soldiers and police in the south east, with most of it occurring in Imo State where scores of corpses have been freshly traced to the mortuaries of the Government medical centers.

NFF said: “We condemn in its entirety these killings, including those involving security operatives tasked with safeguarding lives and properties.

“The NFF is deeply concerned because of the wider implications of these criminal activities that daily affect women, as widows mourning the death of their children and husbands. There has been an increase in untold hardship, as well as the health complications of stress management, fear and anxiety. More so, is the potential increase in the number of out-of-school children trafficked as domestic servants, sex slaves and surrogates.

“Regrettably, Nigeria is on the verge of no return and the consequences will be too much to bear for women, girls and other vulnerable members of the community during any crisis. We must not forget the start of the Covid-19 pandemic.”