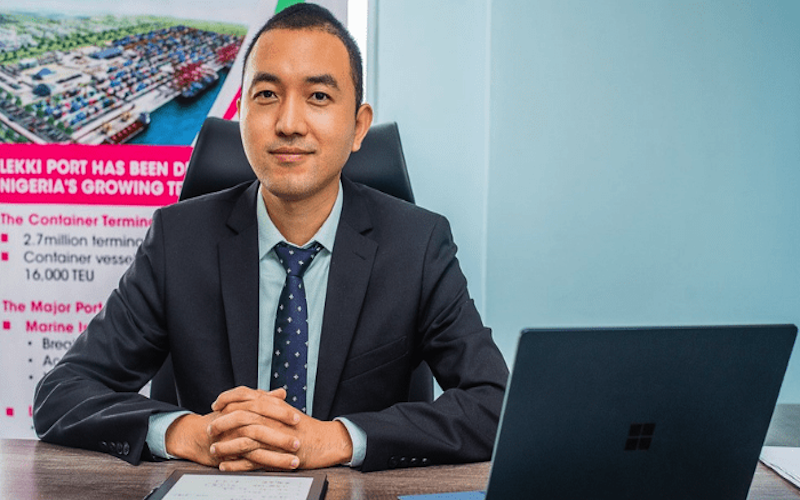 Eromosele Abiodun
The Managing Director of Lekki Port LFTZ Enterprise Limited (LPLEL), promoters of the Lekki Deep Sea Port, Mr. Du Ruogang, has reaffirmed the commitment of the company to meet the 2022 target date set for the completion of the project.

Ruogang, made this known in Lagos, while taking journalists on a tour to assess the level of progress on the construction work at the Lekki Port project site.

He further disclosed that construction work on the project has so far moved at a fast pace reaching 51 per cent completion, adding that some major milestones such as completion of Eastern breakwater had been achieved.

He stressed that all hands were already on deck to deliver first of its kind Deep Sea Port in Nigeria as one of the shareholders, the Nigerian Ports Authority had commenced work to initiate marine services at the site.

According to him, the Lekki Port was estimated to have an aggregate economic impact of US$ 361 billion over 45 years, creating no less than 169,972 jobs and generating revenue for both state and federal government agencies through taxes, royalties and duties in the process.

While explaining some of the features of the Deep Sea Port which has been described as the first in Nigeria upon completion, the Chief Technical Officer, LPLEL, Steven Heukelom, noted that five-ship to shore cranes and fifteen rubber tyre gantry cranes are being put in place to ensure ease in cargo evacuation, thus enhancing operation at the port.

Heukelom, revealed that the Port which is being constructed on 90 hectares of land and through the Build, Own, Operate and Transfer (BOOT) arrangement would comprise of three Container, three Liquid and one Dry Bulk berth.
The CTO further noted that 55.75 per cent of the dredging and reclamation have so far been done while construction of the Quay Wall has reached 43.14 per cent.

He stated that landside infrastructure made up of administrative buildings, sewage treatment plant, container yards among others for the project are ongoing with completion reaching 27.18 per cent.
He explained that the project has succeeded in providing employment opportunities for about 1,200 Nigerians with 50 of them from the host community.