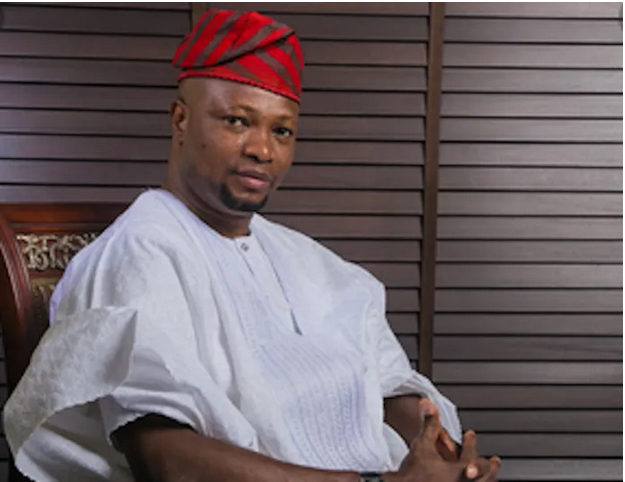 Articulate, daring, outspoken and fearless: those are the words that aptly describe Abdul-Azeez Olajide Adediran, fondly called ‘Jandor.’ Though trained as a broadcaster, Adediran is the founder of Lagos4Lagos, a political movement set up to re-awaken the political spirit of Lagos indigenes. For this 43-year-old of Awori descent, his latest move is a mantra created to form a unique way for youths to express themselves no matter their political affiliations. He tells Funke Olaode about his vision, mission, and ambition.

Dressed in blue jeans, T-shirt, and fez cap with an inscription “Lagos4Lagos,’ Abdul-Azeez Olajide Adediran, popularly known as Jandor, is polished and handsome. The indigene of Badagry in Ojo Local Government of Lagos State is loved by youths and courted by elites. Since his emergence on the Lagos political landscape through his Jandor Foundation, he has shown a commitment to human empowerment, excellence, innovation, empathy, community service, and creativity.

Prior to his recent romance with politics Adediran’s name resonates in broadcasting where he plied his trade for 18 years. He has also walked the corridor of power. You can say he understands perfectly well the intrigues associated with power, government, and governance.

Focused, determined and ambitious, Adediran, an alumnus of The Polytechnic, Ibadan, has his eyes fixed on one thing: to be the number one citizen of Lagos State come 2023. But does he have what it takes to wrest power from the vice-grip stranglehold of the ruling party? Unperturbed, Adediran believes sitting down is not the solution.
“We have consciously and subconsciously ceded leadership and governance to our old leaders. We must not be content with being aloof and complaining from our closets. Our world today is quite fast-paced, with ever constant changing dynamics,” he says.

”For me, it is time to change the status quo and make Lagos work for all. Together, we will achieve our Lagos4Lagos vision and bring to life the Lagos of our dreams. We must take the task at hand with every sense of responsibility. It is essential, it is urgent.”

Is Lagos4Lagos a platform to achieve his dreams?
“It was an idea that was put together about four years ago, to see how we can make Lagos work for all in Lagos. This is because we believe that Lagos has resources. Everyone owns Lagos, actually but it’s been working for few, but we want to see a situation whereby it can work for all. Again, it is a political movement that doesn’t recognize any party whether you are in PDP, APC, or Accord.

“The intention is to have one voice and I am sure we will turn out a new bride. Our goal is to restore decision making power to Lagosians and birth a Lagos that will work for, and benefit all in Lagos and not just a privileged handful as has been the practice,” he answers.
Beaming with confidence as he reels out his plans, the chorus of ‘Your excellency’ rent the air from his followers.

“Let’s redirect our efforts and youthful energy towards creating a better Lagos for all,” he explains.
“Lagos needs you. I have a very strong conviction that we can achieve anything if we put our minds and effort into it. I feel this is the time to realize that our greatest missile is the potency and strength of our unity; I feel this is the time to stop entrusting our future with leaders that fought to create theirs and were fortunate to live in it; I feel this is the time to learn from them, do what they did in their youth and take our own future in our hands. I believe the youths must banish the thoughts that you can’t make a difference. Their support is the added weight required to bring our Lagos4Lagos project to life.”
Privileged to have been in the position of power for about 18 years because of his “consulting job” for various governments, including the Presidency.

He adds, “Let’s say about eight years ago, based on my experience, I looked at how the entity of Lagos is being run and I feel, if all of us continue to shy away from politics, how then do we govern or ensure that we have a Lagos that is for all?”
Since 2014, he has been nursing that idea of people-driven governance that he doesn’t believe is the current focus of governments.

“I looked at it critically, and again it is to be able to have something you are bringing to the table. Because in 1999 when democracy returned to Nigeria, Lagos has three senatorial districts. In 1999, we have Governor Bola Ahmed Tinubu representing the Lagos West. It left from Lagos West to Lagos Central, and Fashola took it for eight years, and after then it left for Lagos East. So, it is expected that it’s going to return to Lagos West in 2023,” he analyses.

If good looks are enough to hold to a political office, Adediran is a clincher. Is it about articulation? He rocks with oratory. But does he have what it takes to challenge the powers that be in Lagos? Can a meek lamb take on a jungle-king lion?

“What it takes is to be bold, courageous, outspoken, and rally round people like you, and that is what we aim at doing to the glory of God,” he emphasizes.

“For us, that is what we believe it takes. Many people will look at what it takes is about naira and kobo. If you sit down on a project and you say, ‘for me, this project is going to cost me XYZ,’ you won’t start.”
The political neophyte in the sense that he’s not held a political office before. With his experience having walked the corridor of power, he’s got enough wind in his sail.

“Our movement and project are in phases. Something must be driving you to want to get into leadership. I have had experience in that corridor,” he repeats for emphasis.

“Aside from that, by the virtue of my profession, I have been in the position to know something about everything and everything about something. I can tell you that the amount of experience I have gathered is even more than that of those that have occupied that office as special advisers and all.”

That’s not all. He says further, “We sit at the top of policymaking and all of that. You see, by the time the so-called politicians were appointed, they need to sit with people like us to tell them okay, this is how you settle into office, this is what you look out for, this is what you need to do, this is what the country has been going through.

“But what I have known in Lagos State is the fact that every year, we come to say that, this is how much our budget has gone in terms of performance, this is how much money we have made in terms of revenue, but you won’t be able to put side by side in that way, the level of infrastructure renewal.”
To prove his point, he provides specifics.

“For example, the 2020 and 2021 budgets,” he begins. “In 2020, we had N1.16 trillion or thereabout which was eventually slashed down by 21 percent, because of the pandemic, and it came to about N920 billion. And in that, we had a revenue target of about N812 billion or thereabout. The government came to say that, as of September this year, they have done about 98 percent of the revenue target which means they will have so much more.
“The budget came with a deficit of about N103 billion, and during the year, we floated a bond of N100 billion. If you put that side by side with what was generated in terms of revenue, it shows that our budget should be able to do nothing less than 90 percent.”

He expatiated: “Again, it was also reported that the performance of the overall budget in terms of expenditure and capital recurrence is about 71 recurrent, and 53 capital expenditure. Then we ask ourselves, where is this on the street of Lagos? Where is this performance in your locality?”

Away from Lagos’ revenue and commenting on the Not Too Young bill, Adediran said: “The problem is not the bill in place, but the game of the two major political parties being run by those who won’t even allow you to benefit. Because it’s like, there is a cartel. It’s like you are asking the people who are currently in charge of the policy to leave the stage for us to come in.

“It’s like me asking you to kill yourself so that I can live. Meaning that what I want is at your mercy. But again, if you do it, it’s going to affect you. That is why some of us believe that we will come into the mainstream and see how much we can get involved, and see what we can do on our part.”

But does he think the country is ripe enough to have young leaders?
“Young age bracket is a period when you are mentally and physically fit to get things done. Those in their sixties or close to their seventies today, can’t be as agile as they were in their prime, in their forties. It is that age you can give your very best in terms of performance, that you are trying to be everywhere,” he replies.
He adds, “Age tells on the body, and in your thinking. We have instances such as Donald Duke. He didn’t do badly when he was a governor. Fashola did well as a governor, and a few others too. Even among the older men we still have those that are still performing, despite their age. It’s not cast in iron that you must be young before you can perform. But we are saying it is when you are mentally and physically fit that you can perform.”

Away from politics, what makes him tick as a person?

Athletic and penchant for sport wears, Adediran embraces simplicity.
“My style is very simple,” he admits. “I have always been a T-shirt person. I don’t like to wear suits. Until about three or four months ago, I had just one pair of shoes. I am always on sanders, flip-flops, sneakers, etc. But now they have compelled me that I must wear shoes. And for this project now I just have to make sure that I wear shoes and even jackets once in a while.”

As he rounded off the interview, Adediran expressed his only wish: “It’s to be the governor of Lagos State by 2023 and I am working towards that already. Not sleeping at all. I can tell all the youths, ‘let’s run with my vision to make Lagos work for all.’ I believe together, we can make history.”