The Minister of Labour and Employment, Senator Chris Ngige has said the National Association of Resident Doctors (NARD) has lost all moral and legal grounds to continue its seven-day-old strike, and urged them to call off the action.

In a statement in Abuja yesterday, Ngige said the federal government has not only “substantially met the seven-point demand by NARD, it has also demonstrated transparency in their implementation.”

But in a swift response, NARD has faulted Ngige’s position, saying that house officers’ payments across the nation were flawed with irregularities.

But Ngige noted: “The House officers have started receiving their payments in the federal government teaching hospitals and federal medical centres across the federation. I spoke with the Accountant General of the Federation as well as with two Chief medical directors of teaching hospitals this morning and they confirmed payment to house officers.

“By the close of work today, all would have been paid as the officers at the office of the AGF worked even during the public holidays to this effect.”

The minister said some of the house officers were recruited outside the quota allocated by the Medical and Dental Council of Nigeria, and some recruited between January and March when there was an embargo on selective recruitment by teaching hospitals and Federal Medical Centres, amnesty was granted to all to be paid in line with the Memorandum of Action

“The Medical and Dental Council of Nigeria has also opened her online portal for the recruitment of house officers effective April 1, 2021 in the spirit of the MOA . It has also started recruiting and posting house doctors almost immediately, even within the public holidays. All these are items time-lined in the MoA for execution within three to four weeks and that is why we agreed to meet in four weeks to access implementation.

The minister said the President of NARD, Dr. Uyilawa Okhuaihesuyi, has also acknowledged when he met him in the company of the Minister of State, Health and the Secretary of the Nigerian Medical Association, that the president of the Nigerian Medical Association, Prof. I. Uja, kept the leadership of NARD in the dark over the ongoing initial step of the review of the Hazard Allowance with the Remuneration Committee of the NMA, Federal Ministry of labour and Employment as well as the National Salaries Income and Wages Commission.

“And that it was for this reason that NARD erroneously brought it up as part of their demands for negotiation,’’ the statement noted.

However, NARD has faulted the government’s position, saying that House officers’ payment across the nation was flawed with irregularities.

NARD President, Okhuaihesuyi told THISDAY yesterday that the arrears of salaries and allowances of their members were not yet paid.

He also said that agreement on hazard allowance had not been reached.

He said that the leadership of NARD just concluded another extraordinary National Executive Council meeting to review the results of the strike so far.

He said that following deliberations it was observed that House officers payment across the nation was flawed with irregularities.

“Members on GIFMIS are yet to be paid. The hazard allowance not yet agreed. Salaries arrears not yet achieved. Bench fee was abolished but no circular to back it up.

“Considering all these and other issues it was unanimously agreed that the strike should continue with robust media presence. We also need to inform you that as usual there are concocted court injunctions, no work no pay, opening of registers. But we must remain resolute and press home our demands,” NARD said. 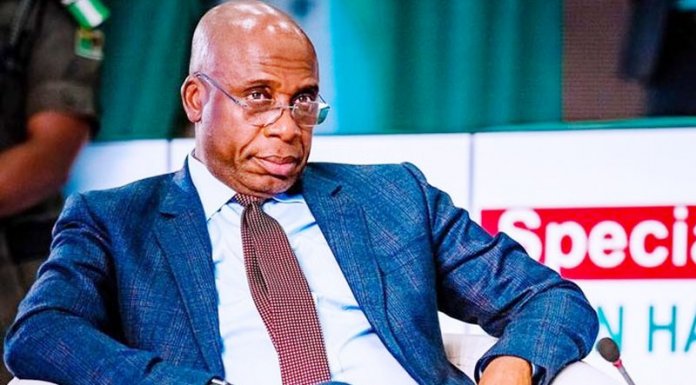