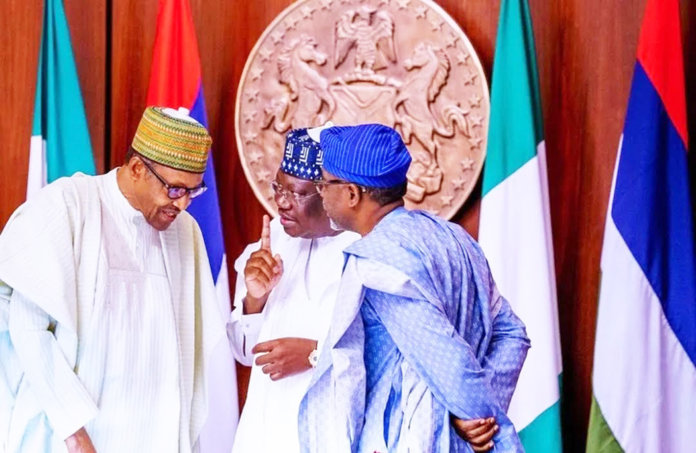 An international non-governmental organisation, Westminster Foundation for Democracy (WFD), in collaboration with Young Parliamentarians Forum (YPF) of the National Assembly on March 31,presented a report on a study conducted on legislative responses to COVID-19 in Nigeria.

The report, titled: ‘Legislative Responses to COVID-19 in Nigeria’, threw light on the weaknesses, preparedness and strategies for emergencies in the thirty six States’ Houses of Assembly and the National Assembly. It also offered opportunities for improvement and how to prepare for the next similar emergency.

Though there are vaccines now with potential for lasting protection, 2020 will forever remain a year to recall in history as the entire world was thrown into crisis due to the COVlD-19 pandemic.

In March, last year, while the Federal Capital Territory (FCT), Lagos and Ogun states were on total lockdown on the orders of President Muhammadu Buhari, to curb the spread of the disease, the two chambers of the National Assembly announced that they would contribute parts of their salaries to the National Relief Fund account to tackle the pandemic.

It started with the Senate, which after due consultation by the leadership with individual Senators, resolved to donate half of their salaries from March 2020 to the federal government to help in the bid to fight the pandemic.

The move by the upper chamber was a follow up to resolution by the 43 Ministers that 50 per cent of their March salary would be donated to the federal government to support its drive towards curbing the global virus.

Then Vice Chairman of the Senate committee on media and public affairs, Senator Godiya Akwashiki, who made this public had said, ‘’After due consultations following a keen review of the national efforts to contain the Coronavirus pandemic in Nigeria, the Senate wishes to announce that from March, 2020, Distinguished Senators will be donating 50 per cent of their salaries to these efforts to stop the spread of the disease, otherwise known as COVID-19, in our country.’’

On its part, the House of Representatives initially was not of the same thought as the Senate on the donation as it believed forfeiting some of the members salaries could amount to short-changing the members constituents, whom they had been showing magnanimity.

The House spokesman, Hon. Benjamin Kalu, in an interview lamented that if only Nigerians knew their salaries, they would not be asking for half of it.

“What will the half of our salaries fetch for our constituents? That’s the easiest sacrifice to make and why Nigerians are asking for the easiest sacrifice from their representatives is what I am not aware of, especially, when the representatives are willing to do more and are actually doing more than ten salaries put together. Do you know the current price of sanitisers, nose masks, gloves etc? How much do you think our salaries can fetch for our constituents?”

In less than 48 hours, the House rescinded its earlier position possibly upon superior argument and resolved to donate its March and April salaries to fight COVID-19.

Speaker Femi Gbajabiamila had hinted that all the 360 members of the House would donate their two months salary towards fighting the pandemic.

The Speaker, in a video message to Nigerians, said the two-month salary donation would be independent of the contributions by individual lawmakers to alleviate the hardship that their constituents face at this time of national emergency.

‘’Accordingly, I have directed the Clerk to the National Assembly to see to it that all members’ salaries are transferred to the National Relief Fund for this month and the next. This is independent of ongoing individual efforts by members to alleviate the suffering brought on by this virus and to improve the living conditions of citizens in their various constituencies,” Gbajabiamila said.

Flashing Back to the Resolutions

In recognition of the need for full cooperation and support of the Executive Arm in addressing the challenges posed by the pandemic, the National Assembly sought to act in unison to ensure that legislative interventions to complement the actions already being taken by the Executive branch were quickly unveiled. Hence, several resolutions and motions were moved in response to the COVlD-19 pandemic.

The House of Representatives, at its sitting of Wednesday, 18th March, 2020 as contained in the Votes and Proceedings, considered and approved as a matter of urgent public importance, a motion on the Need for Covid-19 Emergency Travel Regulations and Further Protocols.

The motion sought to, amongst other things, ‘’Urge the Federal and foreign affairs Ministry to urgently apply an emergency status on Nigerian embassies and Consular posts. No fresh visas shall be processed from any country with Covid-19 circulation unless on essential grounds. Also, urge the Federal Ministry of Health, Nigeria Immigration Service and Nigerian Centre for Disease Control to urgently develop Covld-19 emergency regulations at every port of entry and border crossings.”

This, being the first legislative response to the pandemic was followed by several debates and amendments of great importance.

Also at its sitting of Tuesday, 24 March. 2020, the House of Representatives considered and approved as a matter of urgent public importance, ‘’Need for the federal government to adopt Emergency Measures to protect the people and economy of Nigeria from the potentially dire consequences of widespread outbreak of the Covid-19 Disease amongst the population.” The motion was sponsored by the Speaker Hon. Femi Gbajabiamila.

At the same sitting, the lower chamber read the third time and passed the Emergency Economic Stimulus Bill 2020, which sought to provide among other things, a new regime of corporate tax rebates to encourage companies in the country to maintain their payroll status for the immediate term.

This, according to the Speaker, would prevent large job losses in an already fragile economy and would allow Nigerians to carry on with their lives as best as possible in the event of a large-scale outbreak of the sort witnessed in other parts of the world.

Lastly, on the 24th March 2020, both chambers at separate plenary agreed to shut activities by two weeks (to resume 7 April, 2020) so as to prevent the spread of the Covid-19 in the parliament and to allow members enlighten their constituents on the dangers. However, with the subsequent issuance of the lockdown order by the President, the scheduled resumption was suspended and subsequently adjourned indefinitely.

In its bid to maintain its constitutional responsibility to provide legislative framework and response during the pandemic and lockdown period as well as to provide legislative support to the Executive Arm in approving measures to address the welfare of the citizens during the period, the House on Tuesday, 28 April, 2020 resolved to sit plenary once every week until the lockdown order was lifted.

The House same day also read for the second time and referred to the committee of the whole, the Bill for an Act to Repeal the Quarantine Act. Cap. Q2, Laws Of the Federation of Nigeria, 2004. This,however, generated controversies leading to withdrawal of the Bill.

State Legislatures and Their Responses

The 36 State Houses of Assembly, the report stated, did not fare better during the period under review as virtually all of them had one form of interruption or the other in the performance of their statutory roles. The impact of the virus on them was varying and largely dependent on the level of spread in the State. While some were able to hold their plenary sessions, others were not.

A similar situation led to the Oyo State Assembly taking a 40-day recess. Many other State Houses of Assembly experienced similar disruptions. The ability of each State House of Assembly to cope with the challenges caused by the virus was largely determined by the level of technological, financial and human capacity available.

What the Report Says

From the study, it was found that the following were issues that impacted the nature of response to the pandemic by Nigerian Legislatures during the period under review: ‘’Nigerian Legislatures did not have a Business Continuity Plan in place that could be immediately activated in the tan of the emerging challenge. The lack of technical and human requirements to hold virtual parliaments and remote work contributed greatly to the seemingly low performance of Constitutional functions by the Legislatures.

There was obvious Executive dominance in response to the pandemic as the legislatures could not play a more active role in mitigating the effect of the virus and in checking excesses and inefficiency in Executive actions. The absence of provisions in the standing rules that state the mode of sitting and passage of legislation during such emergencies. This was exhibited during the delayed passage of the Economic Stimulus Bill.

For Nigerian Legislatures to fare better and effectively respond during similar emergency situations in future, the report recommended as follows: Parliaments can create a Crisis Management Team composed of high-level members of the parliamentary administration. This team could be responsible for monitoring the rapidly evolving COVID-19 pandemic to protect the health and safety of employees and mitigate its impact.

Need for adoption of E-parliament by Nigerian legislatures for prompt response to emergency situations, as Parliamentary interventions are needed the most at the time of emergencies. The Bureaucracies of the Nigerian Legislatures should develop a Business Continuity Plan that wouldsimulate various emergency scenarios towards a plan that would guarantee the least interruption of work. Need for adequate budgetary provisions to address health emergency challenges with specific interest on technological innovations into the business of the Legislature, Research & Development, indigenous manufacture of vaccines, Drugs and Consumables. Establishing Ad-Hoc Committees specifically for prompt response to mitigate the effects of emerging challenges in order to ensure a follow-up to scrutinize the executive actions during crisis.

Speaking at the public presentation of the report, President of the Senate, Ahmad Lawan, called for concerted efforts by the government and parliament to find resources for Nigerian scientists to collaborate with international agencies to develop COVID-19 vaccine.

Lawan said it would take some time for the National Assembly and the government to provide what would be called adequate health facilities across the country, hence it’s important for the country to consider vaccine production, which is becoming a necessity for almost every country.

He warned that Nigeria won’t be able to get 70 per cent of its citizens vaccinated, as the USA and EU are trying to ensure that no vaccines leave its shores until it is able to vaccinate its citizens enough to provide herd immunity. 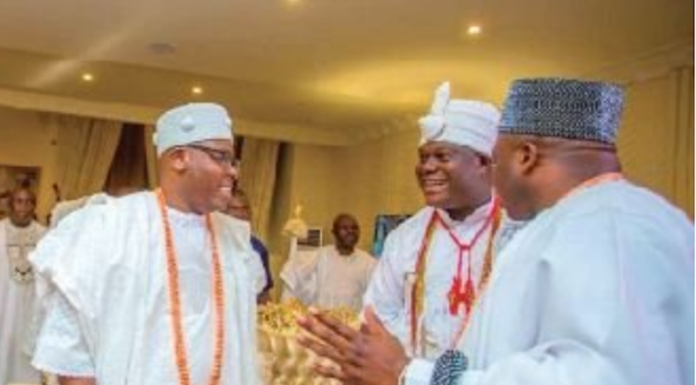