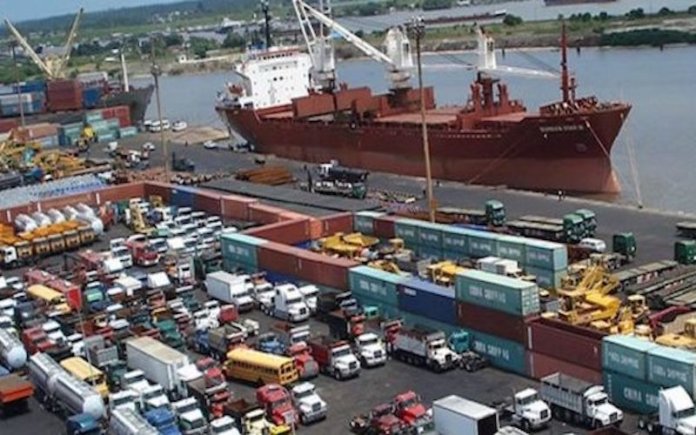 The implementation of the Nigerian Ports Process Manual (NPPM) has recorded some progress with the decision to stop indiscriminate boarding of vessels calling at the nation’s ports by security agencies.

Under the NPPM, only officially designated agencies are allowed to board vessels at the ports jointly as against the practice in the past.

Before now, some agencies chose to board vessels at their own time and schedule in what was described as indiscriminate and time consuming for the ships.

The Executive Secretary, Nigerian Shippers Council (NSC), Mr. Hassan Bello, said the council which is the lead agency overseeing the implementation of the process in collaboration with others, had introduced joint boarding of vessels by security agencies to save the time of the vessels.

Bello in a chat with newsmen also disclosed that the number of the agencies has been reduced to achieve the same purpose of trade facilitation, adding that only specified agencies now board the vessels.

On joint boarding of vessels, he explained that some of the specified agencies who are by law empowered to board vessels separately have cooperated to do so for the purpose of saving time of the vessels.

He also said the team of security agencies boarding the vessels try to conclude their inspection in the vessel within 30 minutes of boarding in what he explained was also to save time.

“There should be joint boarding. Before now agencies board vessels at separate time, but we have been able to get them to board the vessel jointly. Then the time allocated, it will not be more than 30 minutes we are out of the ship because delay is dangerous”.

He also disclosed that the implementation of the NPPM by the agencies in the ports has led to arrests of some individuals who demanded bribe from the ships, adding that the bribe proceed (money) has been seized while investigation on the matter continues.

“The issue is doing it as it is based on international acceptability. Do it on time so that our ports will be efficient. So it is about efficiency of the ports, reduction of corruption.

“We have made arrests involving people who go into vessels and demand bribe. We are investigating the issue. We have seized some money and this will be an example to everybody that things have changed now. This is to send signals that it is not business as usual. What we want is validation from stakeholders internationally to know something is happening in Nigeria”, Bello said.

Among the specified agencies empowered to board vessels on arriving at the ports for inspection include the Port Health officials who board first separately to check the health status of crew on board, Nigeria Customs, Nigeria Immigration and NDLEA.

He explained, “They will go jointly. We assemble at 8.30am and go by 9am – 9.30am we are out of the place because of delay. Then, we monitor that nobody should demand bribe or anything because there are the unhidden charges that make Nigerian shipping very costly, even the freight.”

Bello described the assignment of the port process manual as fascinating experience, adding that it was not new as it is what the ports economic regulator has been doing.

He also explained that the national assignment had been made easy for the ports economic regulator with the Standard Operating Procedures (SOPs) t had developed and introduced in the past.

According to him, with the SOPs developed, the council simply monitors, supervises sand coordinates the process at the ports.

He said what was needed was stakeholders’ support, stressing that the council has received a lot of support from the stakeholders, including the Nigerian Ports Authority (NPA), terminal operators, shipping companies, among others, describing such support as exemplary,

For instance, the NPA, he said, had seconded some senior officials who had helped the council tremendously in its assignment.

“It has been very fascinating experience. We need a lot of stakeholders support. But what we have been doing is not new. We have developed the Standard Operating Procedures (SOPs) for all the stakeholders in the port. That is the issue of ‘when, where, why, how’ of things to be done at the port. So, we are just supervising and reporting. Many stakeholders abide with their SOPs. Contrary to what people think, we are not doing the operating procedures ourselves, we are monitoring.

“The SOPs have already been set, we need to monitor, supervise and coordinate and so far it has been quite challenging but very good. We have had tremendous support from stakeholders. First of all, the Nigerian Ports Authority (NPA) has seconded two senior staff to work with us. They have been quite cooperating. We also have within the NPA the Harbours Masters, some pilots and Port Managers. We have had meetings with them and they have been very supportive. The terminals, shipping companies and many operators have been exemplary.

“We have had discussions with the National Drag Law Enforcement Agency, Nigeria Customs Service, National Agency for Food and Drug Administration Control and many others who have one thing or the other to do at the ports. The issue is do it as it is based on international acceptability. Do it on time so that our ports will be efficient. So it is about efficiency of the ports, reduction of corruption,” he said.