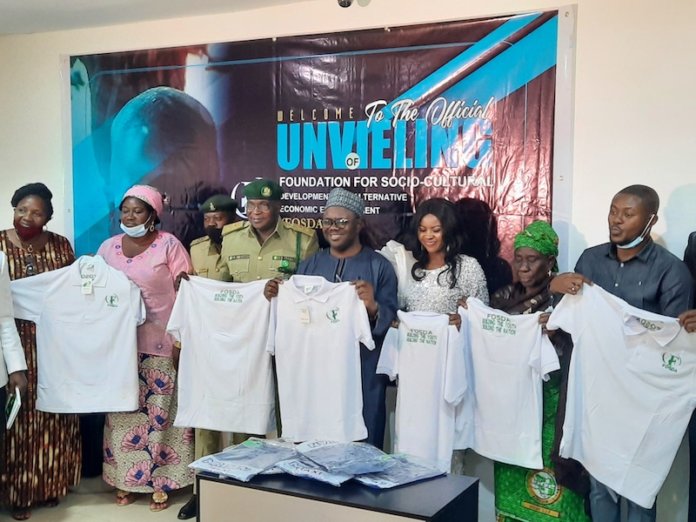 The Nigeria Correctional Service (NCS) has given an NGO, Foundation for Socio-Cultural Development and Alternative Economic Empowerment (FOSDA) approval to set up libraries in Nigerian prisons.

The Chief Librarian NCS, Ilya Haruna Goni disclosed this at the public unveiling of FOSDA.

Goni said the correctional services would key into the vision of having a library installed at the facility as such would help in reducing boredom among the inmates.

The chief librarian represented the acting Comptroller General of NCS, John Mrabure at the occasion.

He stressed that Section 14 sub section 1 of the new Act on correctional service spoke about encouraging inmates to acquire education while describing the initiative by FOSDA as laudable as it is geared at helping inmates to meet up with their target of acquiring knowledge and information.

Goni assured that NCS will support FOSDA by providing them a space in the prisons to build their library and allow them to be coming to check in whatever they put in there as their own personal property and not deter them from coming to the prisons or the correctional service at all times.

“Establishing libraries at this time is coming at the right time and is in the right direction to enable inmates that have not been well informed, especially we are partnering with NOUN we have graduates already.

“We have some that are into a course as at now. We have been receiving book donations from different NGOs and National library to encourage our inmates to acquire their education.

“It may also interest you to even know that we have people or inmates that have graduated – there are some of them that are into the courses of today and we have one doing his Ph.D. programme based on the fact that he met the existing facility.

“And with FOSDA coming again, it will help in no smaller measure to meet up with their challenges,” Goni said.

The founder of FOSDA, Miss Maina Caleb advised inmates not to see being in jail as a hindrance to achieving their goal. She also said prisoners should engage themselves by reading books.

“Some of the materials they will read since it is only on school reading materials will change their mindset positively. It will help them not to give up on the society and make them realise there is another world for them outside that place. By the time they come back to society they don’t have to feel different anymore,” Maina said.