The New Normal and Rise of Gig Economy 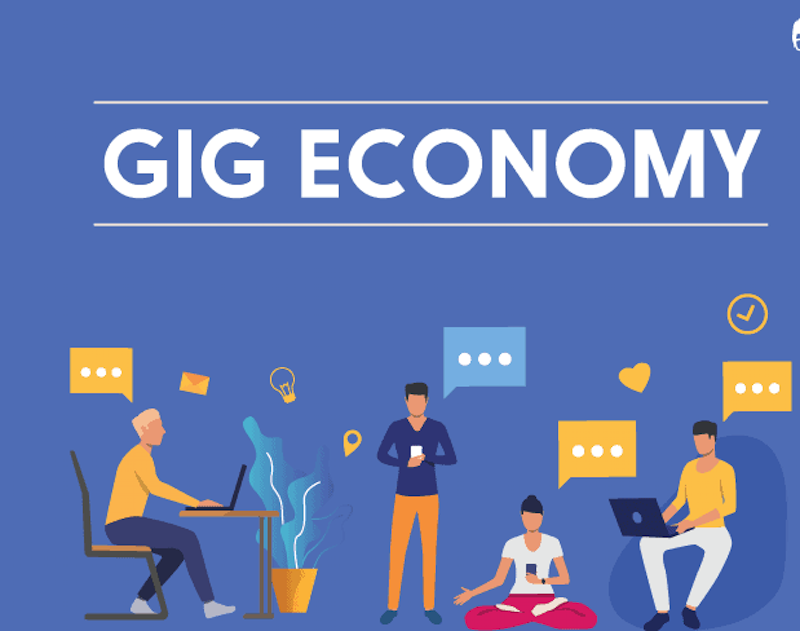 The new normal, which has changed global economy strategies and individual way of life, has given rise to gig economy that is gradually shaping global workforce, writes Emma Okonji

The outbreak and spread of COVID-19 pandemic has brought about the new normal, where daily activities have shifted online and majority now work from home.

The new normal, no doubt, has created new line of digital jobs, while impacting positively on some existing jobs like the gig job, where most people in Nigeria and across Africa, now take pleasure in doing part-time jobs that are digitally inclined.

Today, there are thousands of educated Nigerians, including some with regular day jobs, working as on-demand drivers on platforms like Uber and Bolt. Some people have even said that driving for these platforms pays better than their day jobs.

A gig economy is a free market system in which temporary positions are common and organisations hire independent workers for short-term commitments.

The term “gig” is a slang word for a job that lasts a specified period of time. Examples of gig employees in the workforce could include work arrangements such as freelancers, independent contractors, project-based workers and temporary or part-time hires.

Gig jobs are mostly driven by emerging technologies, through digital apps, and there has been a trend toward a gig economy in recent years. There are a number of forces behind the rise in short-term jobs. For one, the workforce is becoming more mobile and work can increasingly be done remotely via digital platforms. With gig economy, freelancers can select among temporary jobs and projects around the world, while employers can select the best individuals for specific projects from a larger pool than what is available in any given area.

Ride-hailing platforms such as Uber and Bolt are the poster child of the gig economy, which is a catch-all term used to describe online marketplaces that have emerged over the last decade for short-term and freelance work.

These marketplaces typically focus on niche services such as transportation, food delivery, content writing, music production, graphics design or programming. These fully digital marketplaces try to create a market by matching people who need a service/product (the buyer) with service providers/independent workers (the seller) who can provide these services on request.

Meanwhile, the platform handles everything from payments to ratings for the buyer and seller.

A report by Staffing Industry Analysts (SIA), estimated that the global gig was worth $4.5 trillion in 2018, with the US unsurprisingly being the largest market with 53 million gig workers and total gig spending of $1.3 trillion.

Given the value of gig economy across Africa, Nigeria inclusive, the Chief Executive Officer of Trium Venture Capital, Adedeji Olowe, said: “Across Africa, the gig economy platforms take different forms. For example, there are Kobo360 and Lori Systems, two companies that have each raised at least $37 million to connect people with third-party truck drivers on-demand. Lori Systems estimates that the African haulage market is worth $180 billion annually.”

According to him, “There is also SweepSouth, which has raised $6 million from investors, and Eden Life, which provide on-demand home cleaning services, among many other things, in South Africa and Nigeria, respectively.

“But there are also other platforms for professional services like accounting, graphics design, programming, content writing, among others. One notable name is Andela, the Mark Zuckerberg-funded company valued at $700 million in 2019. Although it has tweaked its model significantly, Andela connects experienced African developer talent to international companies with salary opportunities above the local market rates.

“There are other platforms connecting skilled workers to international clients, including Toptal, UpWork, Paydesk and Fiverr, an $8.6 billion company listed on the New York Stock Exchange (NYSE) in 2019.”

However, with the outbreak of the pandemic in early 2020 and COVID-19 control measures, the global economy tumbled.

The lockdowns, particularly full lockdowns, grounded mobility and forced many people to isolate themselves at home.

Business temporarily shut down physical operations, and employees started working from home. But not every job can be done from home, and that’s definitely the case for many gig workers offering ride-hailing services.

Ride-hailing suffered as ride orders plummeted globally, affecting the earning power of many gig workers. For instance, in the second quarter of 2020, Uber’s gross booking volume declined by 35 per cent compared to the previous year. Other platforms such as Kobo360 and Lori Systems worried about the impact of government lockdowns, with Kobo360 warning that 3,000 of its truck drivers in Nigeria stopped working until they got clarity on the mobility restrictions.

In African countries such as Nigeria, Egypt, South Africa and Kenya, Uber and Bolt swiftly introduced logistics services, which were classified as essential services by the government, to keep these companies and their drivers in the business. But this was not enough. And because gig workers are not employees, they are not eligible for steady salary payments, paid leave, insurance and health benefits. The experience was scary for many, with several news reports early in the pandemic proclaiming the gig economy was dead.

However, contrary to such belief, Oluwatoyin Ashipa of Trium Venture Capital, said: “The gig economy is more alive than ever. While Uber and Bolt suffered declines in the first half of 2020, ride orders soared again in the second half, and Uber could return to pre-pandemic growth levels by the first half of 2021. Logistics services such as Eden Life, OyaNow, Gokada and Jumia Food have recorded impressive growth since March 2020 as the food delivery industry re-organised amid the lockdown and gained traction in the months that followed.”

According to Ashipa, “Outside food delivery, the number of independent riders working as logistics providers for other businesses, including Jumia, the pan-African retailer, is reportedly growing. At one point in mid-2020, the Nigerian government threatened to enforce stricter logistics regulations because the number of operators had increased within a short period.”

A crucial part of the resilience of the gig economy, particularly platforms and providers of physical services, is they are highly essential. When Kobo360 warned of disruptions to its truck activities, it predicted that supermarkets and major stores could run out of food items, medical supplies and other critical items within seven days. That warning was instructive, and within a few days, the government clarified the exemption for essential service workers to include truck drivers moving in and out of a state. Food delivery and other logistics operators have also benefited from their essential status, which has kept them in business.

Also, gig economy companies doubled down on providing health care and sanitary support to workers on their platforms.

Over the last year, Kobo360, Uber, Bolt, Jumia, Gokada, among others, have each supplied their riders with nose masks, hand sanitisers and other support to help them complete their orders within different cities.

Other forms of gig economy

According to Olowe, last year, gig economy platforms like UpWork and Fiverr saw their numbers reach new highs as demand for professional services soared. For instance, Fiverr, which has 3.4 million active buyers, saw its revenue grow 77 per cent year-on-year to top $189.5 million in 2020.

He explained that for venture capital investors, the gig economy represented a growing and profitable opportunity because of the large number of young Africans and the relatively low living costs, compared to rich countries.

For venture builders and investors, the goal now is to identify startups and local platforms that are enabling this on the continent and support them. Because like it or not, Africa is the future. Its young population of digital natives represent an essential chance to leapfrog many of the continent’s challenges using creatively and using technology.

As a start-up, it is critical to make the right connections with a venture builder that not only provides the needed finance to grow business but also guarantees a commitment to business success within the African business terrain and beyond.