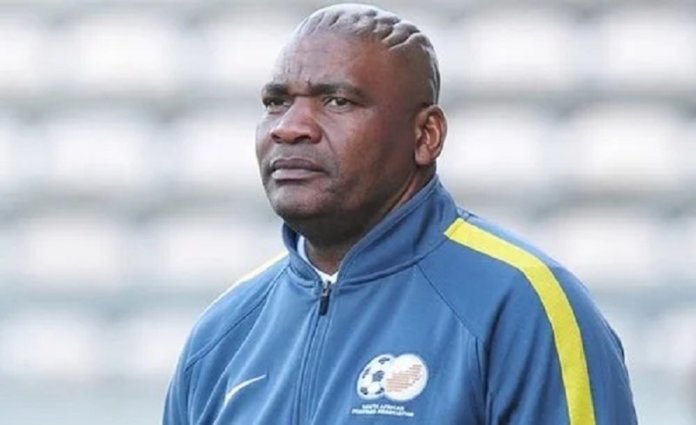 The South African Football Association (SAFA) has fired Bafana Bafana coach Molefi Ntseki after the side failed to qualify for the Africa Cup of Nations finals in Cameroon that will take place early next year. Bafana lost 2-0 in Sudan on Sunday, a result that saw them finish third in their qualification pool behind Ghana and the North African nation.

SAFA CEO, Tebogo Motlanthe, said yesterday that the National Executive Committee (NEC) has voted in favour of parting ways with Ntseki, who had been mandated to qualify for the continental finals.
“We are here to convey the message of the NEC, who have mandated us to apologise to the nation on their behalf for the teams’ failure to qualify for the upcoming AFCON,” Motlanthe insisted.
“Everyone worked around the clock to ensure we would qualify. Emotionally, it has affected the country. The expectation was we would qualify and do well in the finals.
“(As such) the NEC has responded in favour of parting ways with the coach. The Technical Committee will give us direction on what will happen now (with a new coach] but we hope to reconvene next week to deliver the process going forward.”
Ntseki was appointed in August 2019 after Stuart Baxter had led Bafana to the quarterfinals of the Nations Cup in Egypt.
He was in charge for nine games, winning four of those against Sao Tome e Principe (twice), Sudan and Mali. There were also draws with Ghana and Namibia, and defeats to Ghana, Zambia and Sudan.