A Professor of Criminology and Security Studies at Achievers University, Owo, Ondo State, Prof. Joseph Odekunle Fayeye, has appealed to the federal government to formulate and implement policies and programmes that will address the root cause of insecurity in the country.
Specifically, the don said the federal government needs to initiate and implement policies that would address poverty, unemployment, injustice, corruption, porous borders and proliferation of arms and weapons.

Fayeye who made the appeal, while delivering the third inaugural lecture of the university, titled, ‘Welfare Deficit : The Achilles’ Heel and Cobra Effects in Nigeria National Security’, said government and policies makers should focus on homeland security, freeing citizen from fear by pushing forward development and progress that would meet the needs and desires of the people.
” The purpose of good government is to provide security and welfare for its citizens, unfortunately, there is worsening insecurity in the country, especially the kidnapping for ransom.”

He stressed the need for government at all levels to initiate the processes to increase living standard and welfare of citizens through enhanced life expectancy, food security, housing and job creation, among others as antidote to insecurity challenges in the country
He maintained that every government has three responsibilities towards its citizens, which include; protecting, providing for and investing in its people for the country to move forward.

” In line with international best practices, Nigerians must continue to measure goverance along the four indicators of: security and rule of law, participatum and human rights, sustainable economic opportunities and human development.

“Government at all levels should prioritise good governance of accountability, transparency equitable distribution of resources, poverty reduction and effective management of insecurity.

Fayeye also advocated that “the informal sector should collaborate with the government through Public-Private -Partnership (PPP) by creating and providing jobs, cooperating with regulatory authorities and security agencies to fight crime
“Civil Society Organisation( CSO) in Nigeria should advance the process of security management through constructive criticism, and being the catalysts and advocates of public interest

He also called on religious organisations to ensure that social values and norms governing mutual trust are not distorted, violated and compromised and should promote national security through values re-orientation, tolerance and joint problem solving.

The Professor of Criminology and Security studies also emphasised on the need for communities within the country to live together in peace and be vigilant of strangers so that miscreants with criminal intents will not hijack their localities. 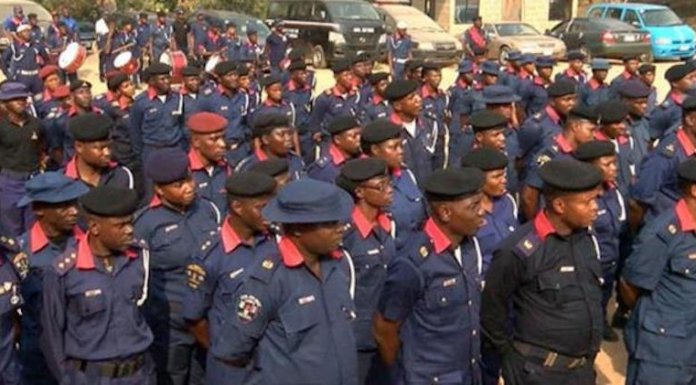