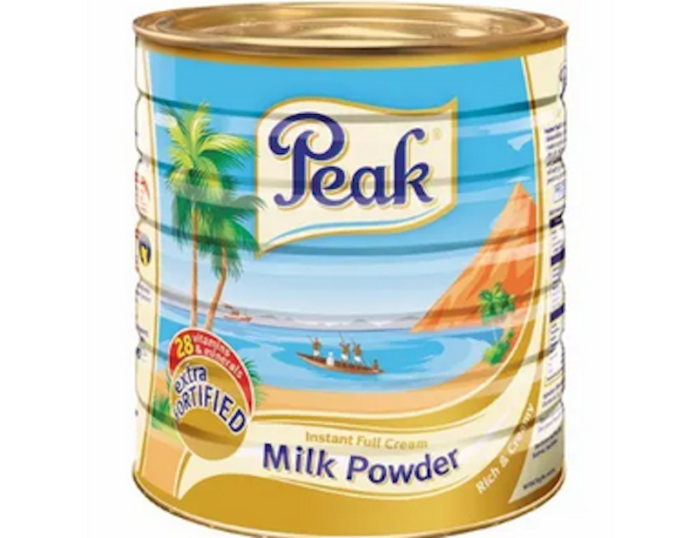 Nigeria’s foremost dairy brand and first choice milk on the breakfast table hosted the national senior football team and the President of the Nigeria Football Federation (NFF), Mr Amaju Pinnick to a sumptuous breakfast at the team’s Eko Hotel, Lagos camp on Monday.

The NFF helmsman was recently elected into the Executive Council of the Federation of International Football Associations (FIFA), becoming the third Nigerian to occupy such significant position in the world’s football ruling council.

For the team and their officials as well as NFF officials, who accompanied their President to the event, it was a moment to treasure as Peak milk delivered top-notch hospitality to its guests.

Marketing Manager Peak, Grace Onwubuemeli rationalised the decision to honour the squad and the NFF President: “The brand will always celebrate excellence and will not relent in its efforts to support Nigerian football to reach the peak of global reckoning”.

“We greatly appreciate Peak’s support for the team and we need more Peak to boost our efforts as we proceed to the next AFCON,” Musa said.

Super Eagles Coach Gernot Rohr, who repeated his 2018 feat of qualifying Nigeria for the continental tournament ahead of the last match in the series, expressed gratitude to Peak for “energising and motivating the players with nourishing breakfast for peak performance”.

On his part, Pinnick praised Peak for sustaining its strong bond with Nigerian football with the recent renewal of its sponsorship contract with the federation as “Official Milk of the Super Eagles”.

By signing the contract renewal last month, Peak milk sustained a relationship with the Super Eagles, which has now lasted over two decades. Football fans will recall that Peak first inspired the national team as far back as 1998 when it assumed the role of the Official Milk of the Super Eagles ahead of the FIFA World Cup later that year.

This is the second time in three years that Peak will host the team to a special breakfast. In 2019, the brand treated the Super Eagles to a breakfast session in Asaba, Delta State prior to their departure to the Africa Cup of Nations in Egypt.

Peak provided all the support when the Super Eagles faced Lesotho yesterday at the Teslim Balogun Stadium in Lagos.

Transportation Ministry: Why we Want NPA to Procure Equipment, Not Contracts