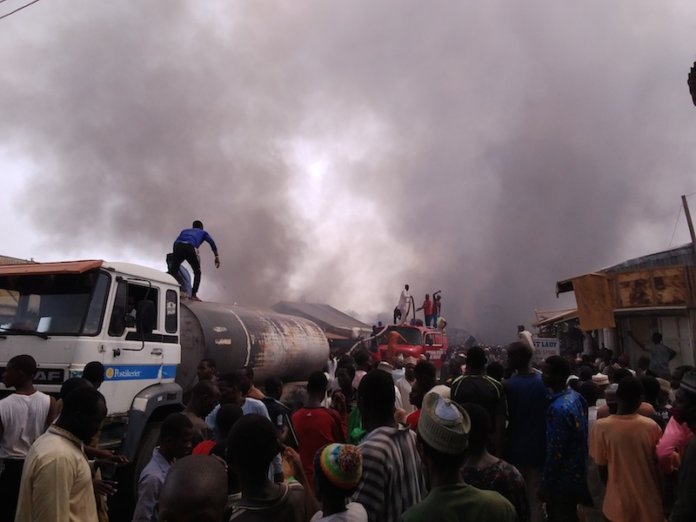 The Katsina State main market, popularly called Central Market, was on Monday morning gutted by fire and properties worth millions of naira were believed to have been lost during the incident.

It was learnt that the inferno started around 8am. and continued to ravage shops at the market, as some yet to be affected traders trooped out to evacuate their goods before the raging fire reached their shops.

Our correspondent who visited the market reports that the source of the incident and level of damage could not be ascertained as at press time.

But a combined team of Katsina State Fire Service, Federal Fire Service and the State Emergency Management Agency (SEMA) were battling to put out the fire.

The men of the Nigerian Police, Federal Road Safety Corps (FRSC), and Nigerian Security and Civil Defence Corps (NSCDC) were also on hand to maintain safety and security.