As Burna Boy’s historic win at the Global Music Album Category for the 2021 Grammys ignites celebrations, Yinka Olatunbosun reflects on the inclusive nature of rewarding artistry by the most prestigious award in music

Many either went to bed or woke up this week to a whirlwind of celebrations trailing the victory of Nigeria’s Afro-fusion artist, Burna Boy’s Twice as Tall in the much coveted Best Global Music Album at the 63rd ceremony of the Grammy Awards.
The category which was formerly known as Best World Music Album was quite
controversial because of the class of artists seen to have been snubbed by the
Recording Academy over the years. Juju music legend, King Sunny Ade, Afrobeat
musician Femi Kuti, and his brother, Seun Anikulapo-Kuti as well as, Burna Boy
had swallowed the bitter pill of watching other Africans win in that category.
Earlier, the Recording Academy had hoped to solve the problem by splitting the
award into two categories namely Best Traditional World Music Album and Best
Contemporary World Music Album but merged it back to ‘Best World Music Album’
in 2012.

Brazil, USA, Benin Republic, India, South Africa, Mali and France had been produced
artists who had won in that category but Nigerian artists had only secured
nominations over the years which reflects inversely on the influence and depth
of artistry in our music. Many Nigerian musicians had been included as members
of music faculties and in the curricula of many western institutions that teach
music. There is no sound music journalist in the Europe, US and UK who isn’t
curious about Nigerian music.

Unfortunately, the winner of this Best Global
Music Award is not one who has the most record sales or chart altitude, but
must demonstrate excellence in recording industry, technical proficiency and
influence in global music. Certainly, the jury has the power to determine the
winner which was clear when Burna Boy’s African Giant album was edged out last
year by Angelique Kidjo’s Celia album. For Kidjo to have paid tribute to Burna
Boy in her acceptance speech was to acknowledge the efforts of young African
musicians who break into mainstream global market without government subsidy or
protective structures for creative works. These musicians dominate concert
sales, playlists in clubs, in-flight playlists and top-class talk shows
including Jimmy Kimmel Live and The Daily Show now with Trevor Noah.

The issue that surrounds this category is not unique to it. For instance, rap music
custodians raised the roof when different manifestations of rap music surfaced.
Commercial rap was kicking out hard-core, lyrical rap from the winners’ table
at the Grammys. Now, the recording academy has included “Best Melodic Rap
Performance’’ to reward artists whose vocals are sung or rapped just like
Nelly, Drake, Post Molone and others. The Grammys wouldn’t be the reason why
another “war of the hoods’’ will start. Having multiple awards for sub-genres
of music such as dance/electronic, urban contemporary also take the load off
pop music category and help to rewards deserving artists.

Women also dominated the Grammys this year, with the most-nominated female in
history, Beyonce securing the most Grammy wins by a female with her 28th Grammy. She now holds a tie with the master producer and multi-instrumentalist, Quincy Jones for second-most Grammy wins ever. Queen Bee has three more Grammys to win if she would beat the record set by the late Hungarian-British conductor, Georg Solti. Other female winners at the 2021 ‘tables only’ ceremony include Billie Eilish (Record of the Year), Dua Lipa (Best Pop Vocal Album), Lady Gaga (Best Pop Duo), Megan Thee Stallion (Best New Artist), Taylor Swift (Album of the Year), Fiona Apple (Best Rock Performance), Ariana
Grande (Best Pop Duo), Miranda Lambert (Best Country Album) and Tiffany Haddish
who won in the Best Comedy Album category as the first woman of colour since
1986 when it was won by Whoopi Goldberg.

Truly, the face of the Grammys is changing to a more inclusive one and it is not
without the effort of artists who have shattered the glass ceilings in the
different categories to own their art. 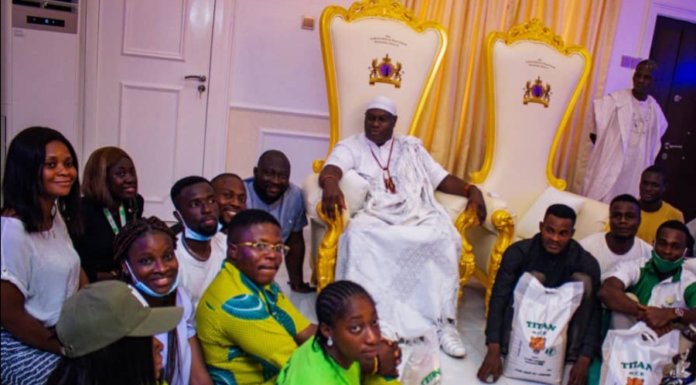