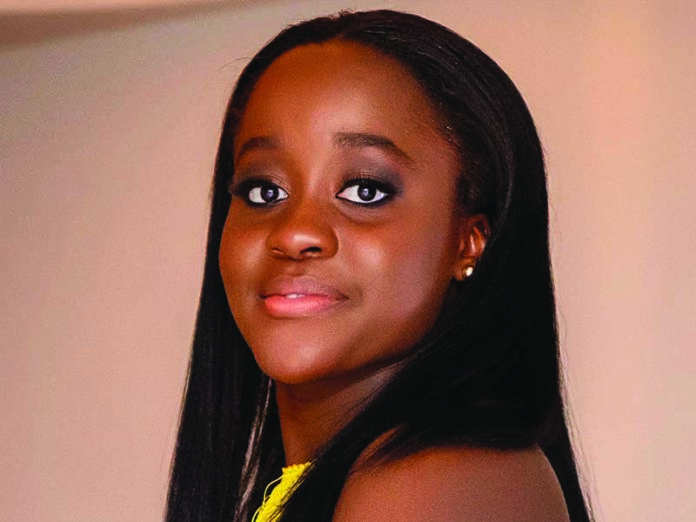 World of Science By Kofo Babalola

There is an element of science to everything we see. Whether it be hitting a ball with a tennis racket or swinging the bat in a baseball game, science is inbuilt in all sports we spectate and participate in. From the greatest swimmer, Michael Phelps, to one of the highest handicapped polo players, Alfredo Cambiaso, it seems like there is a key element that makes them the greatest at what they do. Their ability to understand the science aspect of the sport they do is what sets them apart.

Delving deeper into how science plays a huge part in making them the greatest athletes of all time will mean thinking deep into how our human body is wired to carry out these highly vigorous activities. Apart from our human body makeup, there are outside forces that affect the efficiency of an athlete’s stroke and movement on the pitch.

These forces, which often act to oppose movement or transition on a gymnastics beam, could hinder an athlete’s progression to another level. Studies have proven that the most decorated athletes have done something extra to make the forces of nature act to their advantage. They might not have realised it at the time, but the act of looking into areas of their craft that their opponents haven’t thought to look at has allowed them to have the upper hand when it comes to winning.

In the sport of gymnastics, Simone Biles has proven that despite being small, she can still reach great heights. She has maximised the upward force exerted on her from the air that surrounds her by merely having a better wired nervous system. This was best put by Thomas M. Jessell in ‘The Washington Post’, ‘athletes like Biles have some combination of innately better “wiring” in their nervous systems and an ability to improve motor skills over time.’
The command she exhibits over her body is what separates her from her competitors. Her movements have been well thought out beforehand, as she performs each movement in harmony with the forces of nature. She exhibits a certain fleur and composure with this sport as she manages to land often without having to make an extra step to find her balance.

There is often the saying that practice makes perfect, but practice is a craft that has to be done the right way to become perfect. Without her countless hours trying to increase her muscle and body strength, she would have landed most of her jumps with a hard fall or a twisted ankle. She has done something extra during practice that has enabled her body build to be like none other. Her muscles formed in certain areas that benefit her when making her signature move coined ‘the Biles.’

There is a balance that is being created between the increase of weight that comes with the building of more muscles but also the strength that comes with it. The way that she has managed to strike this balance seems like it was almost by chance like most of science. Although she might not have known what the exercises she did repetitively were doing, they managed to hit the nail on the head when it comes to the scientific makeup of her body. All the extra weight added from the muscles struck a balance between her weight and strength. The fact that it was making her heavier was compensated for by her increase in strength. This reduced the effort she needed to exert on her body to make those flips in the air. Her greater core strength made her feel like she didn’t use much energy, as it now was done with much ease. Our human bodies react positively to consistent training, as it not only has an effect on strength but also increases the sturdiness of the brain.
One thing that sets apart a great athlete from the rest is the person’s ability to push their body past the limit to another realm that now works towards increasing their neurological activity effectiveness. This plays a huge role when in action.

Alfredo Cambiaso knows best when it comes to using science to maximise his potential on the polo pitch. The journey of cloning began when he had to put down his stallion, Aiken Cura, after breaking a leg in the Palermo Open in 2006. With a collection of the stallion’s skin, he used the powerful tool of cloning to create a replica of this horse in years to come. The clones are a genetically identical twin of the horse, but the only difference is that science has managed to create this twin later in time. In Argentina, duplicating the best horses was pioneered by Gabriel Vichera, the scientific director of Kheiron Biotech. This company is working to push boundaries in cloning in Buenos Aires further, as they are looking to clone and edit it to have a certain characteristic. This is simply making a horse with a certain feature that can also be done naturally by cross-breeding. The acceptance of cloning in the sport of polo has grown alongside the many wins that teams have had when they play with only cloned horses. The team effort created between polo players and scientists to create change in this sport has broken boundaries and taken polo as a sport to another level.

The engine that drives polo players on the pitch can now be made in a lab to be much faster and efficient to win more championships. Scientists have introduced the creative tool of genetic modification into the sport of polo, which acts to create a horse that meets highly skilled polo players’ needs.
The act of altering their engine to better their skills brings car-racing to mind. Teams in Formula 1 compete to outdo each other in aerodynamics to maximise their potential at winning a championship. The exterior structure of the car has various aerodynamic elements to it to optimise the airflow around it. The airflow around the car is tested in a wind tunnel to ensure that the car’s features optimise its performance.

Apart from ensuring that the exterior part of the car is aerodynamically efficient, the internal structures are packaged to be much tighter to improve the car’s airflow. As heat is continuously generated, there are ducts around the car to help with the heat’s dissipation, therefore, cooling it. The car itself and its surroundings are powered by technology that vastly increases the speed of operation. The high technology needed to remove and put the wheels back on the car during a pitstop is perfected by using hydraulically powered wheel guns that run on high pressure. As every millisecond counts in a race, these added tools act to improve performance.

It is fascinating to see that science itself can have an impact on sports. There is no limit to what science can do, especially when increasing an athlete’s performance.