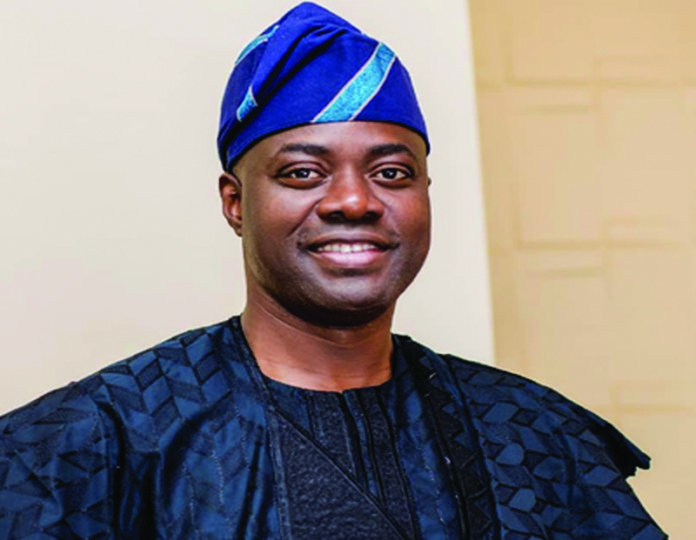 Before 2009, Ladoke Akintola University of Technology (LAUTECH), Ogbomoso and its former teaching hospital in Osogbo were centers of excellence in education and medical care in Nigeria for many years. In fact, there was a time they were adjudged to be the best state institutions in Nigeria. Then, crises erupted between the owner states and the school lost its glory. It was a classic case of a fall from grace.

There were claims and counter claims from Oyo and Osun States. Then, the Supreme Court in a judgment delivered on 26th March, 2012 reinforced the joint ownership. But in doing that, it also reinforced the stalemate. The result was having students and parents frustrated and hopeless. Four-year courses dragged on, sometimes to six, seven years; in worse situations, they became interminable.

For many years, the hand of the clock of the school was drawn back by crises that erupted in the school for almost a decade. The crisis was intractable and tragic. Three administrations of Olagunsoye Oyinlola/Adebayo Alao Akala; Rauf Aregbesola/Akala and Aregbesola/ Abiola Ajimobi could not resolve the crisis. As a matter of fact, it was the belief of many people that the crisis would be resolved during the Aregbesola/Ajimobi administration, the two governors coming from the same party. However, insincerity on the part of the administrations was a clog on the way of mutual resolution of the crisis. In actual fact, Alao Akala and Oyinlola during their time made concerted efforts to resolve the crisis. Unfortunately, the sudden change of government in Osun jeopardized the move.

There was mutual accusation among the governments of the owner states over dereliction of duty as regards their financial obligations to the school. Underfunding led to non-payment of salary and emoluments of the members of staff of the school. As a result, there were incessant industrial actions by the staff of the school. The school suffered downs for years and academic activities got paralyzed. The economy of the host town also suffered paralysis each time the school erupted in crises.

That was the condition the present Oyo State governor met LAUTECH. It was a patient in urgent need of surgery. That intervention was carried out, finally, by Governor Seyi Makinde, whose cool-headedness got Osun State to agree to disengage from LAUTECH and thus, give Oyo State the opportunity to reinvent the school and put it back at the front row of excellence in Nigeria.

Engr. Makinde, from day one took special interest in the school. He visited the institution during his campaign in the build up to 2019 general elections, although attempts were made to stop him from campaigning on the campus. As a matter of fact, he made the resolution of the crisis part of his campaign promises to the electorate. When he eventually became governor, the first step he took was the prompt payment of subvention of Oyo State to the school irrespective of the position of Osun State government. He also made sure the salaries and emoluments of the staffers were paid as at when due. In addition, backlog of salaries was paid. Consequently, life returned to the school and the host community. The staff of the university were grateful to the governor for the gesture and went to the extent of disassociating themselves from an industrial action embarked upon by the ASUU to show their solidarity with Engr. Makinde.

The Oyo state Government did not limit her intervention to funding only; other pragmatic steps were taken to move the school forward. One, the three-kilometer road linking the school to the town has been rehabilitated and nearing completion as at the time of filing this report. Second was the end put to the joint ownership which saw Engr. Makinde’s government committing a whopping sum of Eight Billion Naira as compensation to Osun State.

Another step taken by the Makinde administration to reposition LAUTECH, post joint ownership brouhaha is the citing of the Centre for Energy innovation at LAUTECH, Ogbomoso. The centre is a product of Makinde administration’s search for foreign investors in improving the standard of education in the country. The memorandum of understanding was between Oyo State government and a Finish company, Soprano Plc. The Centre will provide training with certificates and vocation qualifications in the area of energy generation and capacity building in solid minerals development. In addition, the MOU covers the establishment of a training institute that will develop the capacity of the teeming population in Oyo State and beyond in the energy and solid minerals sector. The Centre will benefit from the public sector Investment facility (PIF) of the government of Finland as well as other sources of funding.

The site of the centre was justified, because, one, some existing facilities in the University in the related courses of study like Pure and Applied Physics, and Mechanical Engineering would be an added advantage to the Centre. Secondly, the establishment cost of the Centre would be reduced significantly, so also the running cost and overhead of the Centre. Energy equipment for use and sales within and outside the State, boosting the economy of the State and providing job opportunities for the citizens as well as capacity building for installation of equipment and infrastructure in the country.

In addition,the Makinde administration has decided to make the school a multi-campus Institution and conventional in nature as against its present status as a specialised university of Technology. The issue of multi-campus status has generated a lot of controversies in the State as the host community vented its anger on the State Government for what it sees as a deliberate ploy to destroy the economy of the whole community and an act of Vendetta because the town did not vote PDP in the last election. Opinions also differ on the conventional status of the University as against the technology status of the founding fathers. Nevertheless, Engr. Makinde’s administration has continued to assure the pessimists of the altruistic intention of the government to reposition LAUTECH for the benefit of the host community and the State as a whole which at the end of the day will help the host community, restore the lost glory of the school and lead to the development of the state and the nation as a whole.

LAUTECH was established in 1990 by the military administration of Col. Sasaeniyan Adedeji Oresanya. The focus of the founding fathers was to make the school the center of technological innovation for the industrialization of the south-west in particular and Nigeria as a whole. Before then, Federal University of Technology, Akure was the only technology oriented institution in the South-West. The school became jointly owned after the creation of Osun State in 1991. The two-owner States jointly funded the school. The University lived up to the expectation of the founding fathers and she was adjudged the best State University in Nigeria and among the best in the country. This is not all; the products of the school have been making waves in various human endeavours globally. In addition, the school was a pride of the owner States and the South-West as a whole because of the position occupied by the School among its peers. She has also boosted the economy and social life of the host community.

As a matter of fact, Makinde declared a state of emergency in the education sector as soon as he took over. Free education was declared in the state and this was not based on rhetoric but practical steps were taken to make it a reality. The first step was the abolition of school fees for students in the State. Other steps taken included distribution of textbooks to students from JSS 1 to SS 3 including past questions to SS 3 students, 80 leaves exercise books were distributed to SS students while 60 leaves were distributed to JSS students. Mandatory extra-mural classes free for SS 3 students – Monday to Saturday with remuneration for teachers. Science equipment was also distributed to many secondary schools in the State. These were followed up with recruitment of teachers. The recruitment exercise this time around unlike in the past which was based on whom you know was based strictly on merit. There was prompt payment of teachers’ salaries and leave allowances including 13 month salary and payment of new salary structure all in a bid to motivate the teachers. In actual fact, teachers are enjoying Covid-19 palliatives.

Future generation in Oyo State would have cause to be grateful to Engr. Makinde for the steps he has taken so far to improve the standard of education in Oyo State. In improving standard of education in Oyo State, his policies on education covered both primary, secondary and tertiary institutions in the State, LAUTECH is pivotal to his plans. Before his coming, the education sector of the state was not enjoying the best of time because the teachers who are determinant factor in the development of education were not well taken care of. The previous administration owed them backlog of salaries and emoluments. Engr. Makinde’s government does not owe salaries. He governs with milk of human kindness; his administration has a human face.

… Adegbite wrote in from Ogbomoso and can be reached on