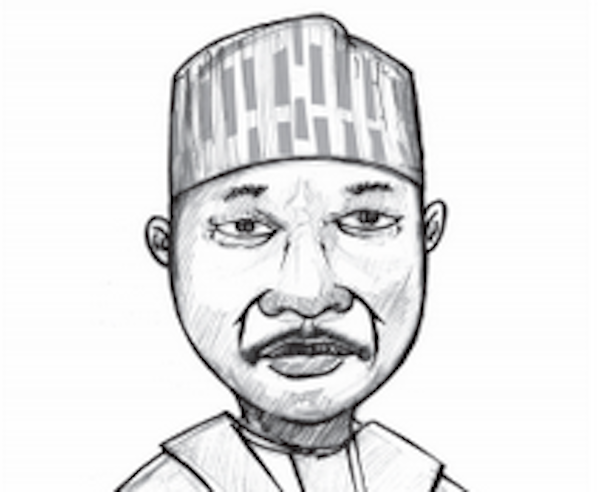 Against a backdrop of rising polarisation in the country following violent attacks that have triggered calls for reprisals, the Defence Minister, Bashir Magashi, has asked Nigerians not to be cowards, urging them to confront the bandits. His exact words: “It is the responsibility of everybody to keep alert and to find safety when necessary. But we shouldn’t be cowards. At times, the bandits will only come with about three rounds of ammunition, when they fire shots, everybody runs. In our younger days, we stand to fight any aggression. I don’t know why people are running from minor things like that. They should stand and let these people know that even the villagers have the competency and capabilities to defend themselves.”

That the nation quivers under threats of all colouration, with sundry mischief makers coming now and then to contribute whatever they can to create a climate of fear is not in doubt. But even at that, we do not expect a government to surrender cheaply to criminals. At a time when public confidence is rapidly shifting to sectional and regional security arrangements, the call by Magashi is an admission that the federal government can no longer guarantee the security of life and property for citizens and residents in Nigeria. Yet the security and safety of all people in Nigeria remain the primary responsibility of the federal government.

Nothing can be more irresponsible than a call by the Defence Minister of a country that citizens should defend themselves against criminal gangs bearing arms. The pertinent question that arises from his statement is: When and how did we sink so low as a society?

With Nigeria gradually descending to the Hobbesian state of nature where life is “nasty, brutish and short”, Magashi’s call can only further worsen the situation. The rule of law, as opposed to that of the jungle, presupposes that anybody accused of a crime, however heinous, is entitled to a fair trial before punishment could be meted if found guilty. But now we can understand why more Nigerians are shunning the instrumentality of the law in the settlement of disputes. Because the state is not only powerless, it is showing in words (like Magashi’s) and deeds (ongoing negotiations with bandits for the release of students abducted from their school) that it has surrendered power to criminals.

As we have said in the past, there is an urgent need to review the Police operational strategy with a view to enhancing its intelligence gathering capacity. Most of the crimes that are now commonplace could be nipped in the bud if police operatives have their ears to the ground. But how can they when their conducts make them repugnant to public confidence? Complaints are rife that information given to the police in confidence sometimes finds their way to the ears of criminals, who in turn hunt down the informants. Yet public confidence is crucial if the police are to obtain vital information that would lead to the detection of crime. Through regular intelligence training and massive deployment of modern technology, it is possible to make policing duties more effective.

Without any doubt, the most pressing challenge facing the nation today is that of insecurity. But advocating that Nigerians should defend themselves against criminals is an admission that the federal government has failed without accepting responsibility. With Nigeria gradually sliding to chaos, there is need for a more coherent strategy to deal with the criminal gangs that have now practically seized power across the country.