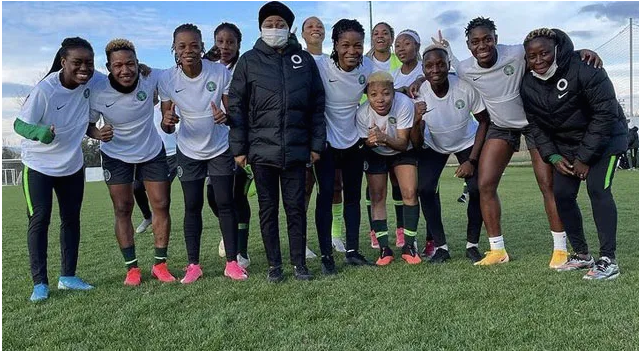 Super Falcons recorded their second win at the Turkish Women’s Cup following a 1-0 win against Uzbekistan at the Emir Sports Complex on Saturday.

Halimatu Ayinde scored the winning goal for the African champions two minutes after the break.

Randy Waldrum’s side totally outplayed their opponents but wasted a number of chances in the game.

They will face Equatorial Guinea in their next game in the competition on Tuesday.