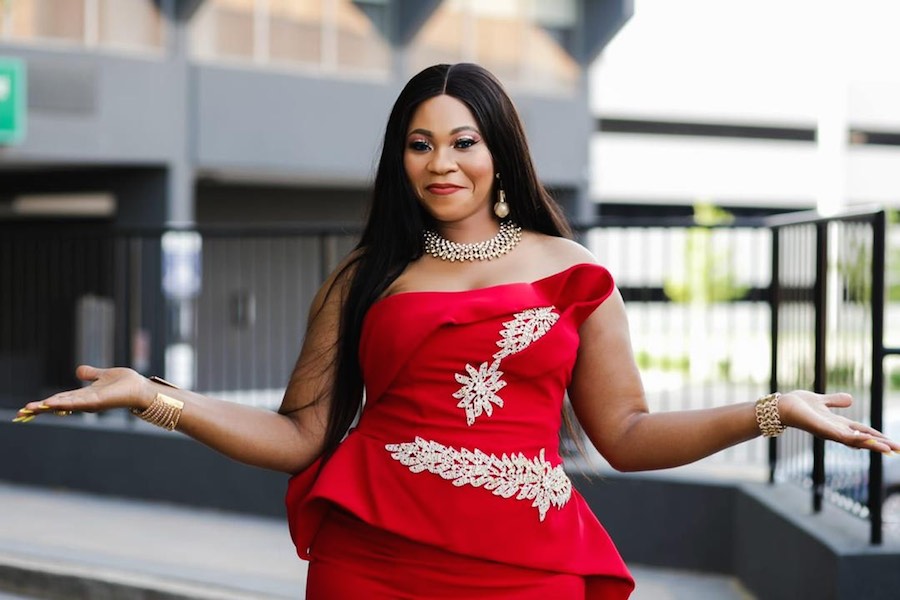 One of the new norm in our world today is that brands are collaborating with influencers to promote their products or services. Almost everyday we hear the news that a popular social media influencer or celebrity has partnered with a certain brand. Africa’s leading online radio station, District FM has also jumped on this train.

They recently unveiled the New Face of their brand. A popular Nigerian-Canadian Celebrity and Social Media Influencer, Sandra Idubor.

In a statement published on their official Facebook and Instagram handles, District FM announced that they have signed an endorsement deal with Sandra Idubor.

Sandra Idubor, a multi-talented artist, is a seasoned actress, filmmaker, singer, songwriter, TV presenter and the creative director of Ise Theatre Troupe. She is also an humanitarian and the Founder of an NGO called Sandra Idubor Foundation.

The news of Sandra’s partnership with the station didn’t come as a surprise to some persons. This is because in time past, she has expressed her great likeness for the station and its shows. She is one of the few celebrities to have shown immense support for the radio station since it was founded.

Thus, it can be understood why the management of the station chose to work with the artistic maestro. However, many of the big players in the media industry have lauded District FM’s decision to collaborate with Sandra Idubor. This is because she is a very skilled social media marketer.

Just like other brand ambassadorship gigs, the terms and conditions of the endorsement deal weren’t made public. But according to an inside report, District FM has paid Sandra Idubor a hefty sum to join their team. The deal was said to have been supplemented with other juicy perks that the celebrity couldn’t resist accepting.

Though District FM is just a new kid in the online radio business, the station has been achieving a lot of laudable feats since it opened shop. Signing Ms. Sandra is a sign that the management of the station is committed to the goal of reaching a wider audience and making it the best in a few months time. It wouldn’t be hard for the talented entertainer to win new fans for District FM because the station’s work speaks for itself.

Airing live 24/7, the station broadcasts the latest songs in several genres, entertaining programmes and podcasts. They also have some of the best OAPs in the game. It is no wonder they are called the “Home of Gbedu Non-stop.”