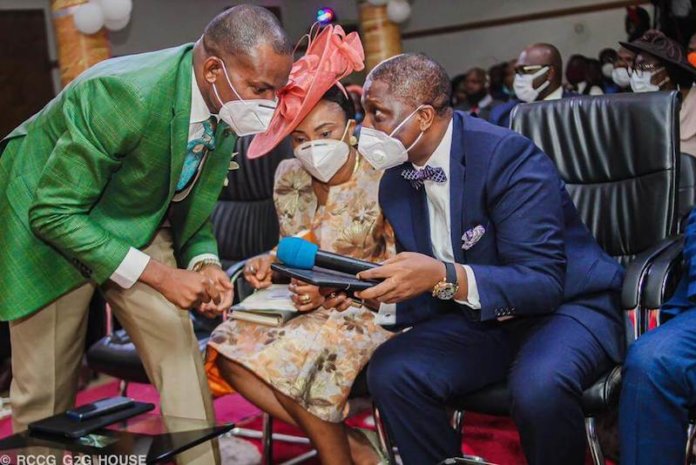 The new Youth Province 7 of the Redeemed Christian Church of God (RCCG) was birthed yesterday with a special call on pastors to pay special attention to the importance of conscience in the gospel ministry.

Speaking at a special Welcome Service for the new Province held at its Headquarters, the Glory2Gory House, Magodo, Pastor Charles Kpandei, the Pastor-In-Charge of Region 11 of the RCCG, charged the pastors to approach their divine assignments with a pure conscience that guarantees not only the earthly achievements but also cements their position in eternity.

Drawing on the book of 1 Timothy 1:19, the senior pastor said the world was witnessing a lot of spirituality without conscience, adding that it was a sign of the end times as prophesied by the Bible.

Like Paul warned Timothy in the scripture he cited, he also warned that faith and spirituality without a clear conscience would only lead men to shipwrecking their assignments.

The elevation of the new Glory2Glory House to a Provincial Headquarters, headed by Pastor-In-Charge of Province, Pastor Jacob Obaro, caps a major turnaround for the parish that was until 2017 an Area Headquarters.

Highlighting the turnaround, Pastor Obaro, who has been involved with the mission’s Youth Ministry for twenty years, said when he and his wife, Pastor Mrs. Obaro arrived at Glory2Glory House in 2017, they had to study the terrain to determine the most effective way of pastoring youths.

“Coming here, it was to study the terrain, understand the language of the generation and then helping the youths to discover, develop and deploy their talents,” he said.

He added: ‘The young people saw an atmosphere where they could express their hidden talents; some of which they did not even know before, so they have been committed.

He maintained that as a church, Glory2Glory House was committed to the overall development of youths through the specially-designed SOS or spiritually development, occupational relevance and social networking.

The new province, which has Pastor John Tosin Oludoyin as the Assistant Pastor-In-Charge, is taking off with sixty-eight parishes under it.