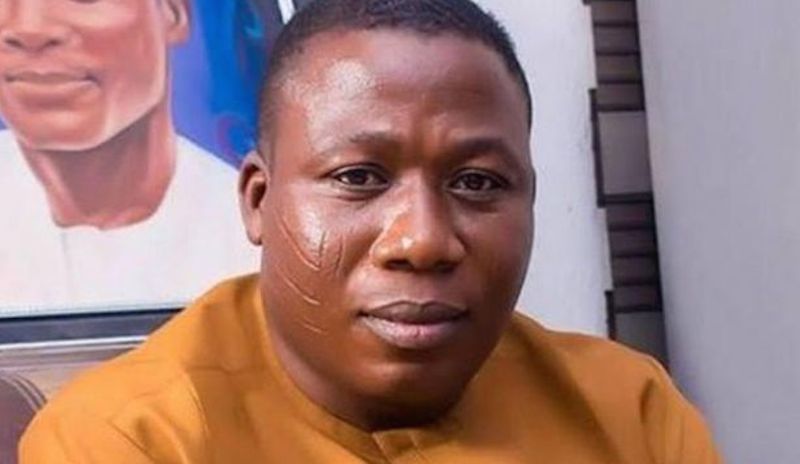 A Yoruba rights activist, Chief Sunday Adeyemo, popularly known as Sunday Igboho yesterday stormed some parts of Ogun State and vowed to flush out killer herdsmen in the troubled areas in the state.

However, the Ogun State Government yesterday refuted reports insinuating that it had enlisted the help of Igboho, to combat crimes in the state

Igboho had a brief interaction with his supporters in Abeokuta, the state capital, before he later proceeded to Ketuland where some soldiers allegedly connived with herdsmen to flog some farmers for not allowing them grazing their cattle on their farms in Yewa-North Local Government Area of the state.

While addressing his followers in Abeokuta, the activist said, “I observe there is an injustice from the herdsmen because they know the power that they have in the federal government. So, they behave as if Yoruba people are nobody. They kill our people, they kidnap our people, and they rape our women.”

“Any Fulani herdsman who engages in kidnapping would be flushed out,” Igboho vowed.

When asked whether he would limit his activism to Igangan, his hometown in Oyo State, Igboho said, “Not only Igangan, we are going to visit all Yorubaland and ensure there is peace everywhere.”

The activist lauded the state governor, Prince Dapo Abiodun, for allowing him in the state.

Appreciating the gesture, the activist said, “We have not visited the governor, we will do that after we have flushed the Fulani herdsmen out of the state.

Meanwhile, the Ogun State Government yesterday refuted reports insinuating that it had enlisted the help of Igboho, to combat crimes in the state.

This was just as it reiterated its commitment to the security of all residents and properties.

The government made its position known in a statement issued by the Commissioner for Information and Strategy, Alhaji Abdulwaheed Odusile, in Abeokuta.

Refuting the news report credited to the Special Adviser on Public Communication to Governor Dapo Abiodun, Mr. Remmy Hazzan, Odusile noted that his (Hazzan’s) virtual interview with a reporter “had been quoted out of context and twisted to achieve sensational effects”.

The statement said, “In the interview, Hon Hazzan had said that the state government, in its usual inclusive approach to governance, would continue to work with all the stakeholders, both within and outside the state, to ensure security of lives and properties.

“Sadly, however, this statement was disingeniously twisted to mean that the State had invited Mr. Adeyemo to help curb insecurity. This is regrettable and totally misleading.

“Prince Dapo Abiodun’s Administration, since inception, has been known to be inclusive in its approach, always collaborating and engaging with a wide range of stakeholders.

“Security is no exception, resulting in the achievement of the enviable status and recognition as most secure state in the country by many organisations, including the recent Award by Business Day Newspaper, among others.”