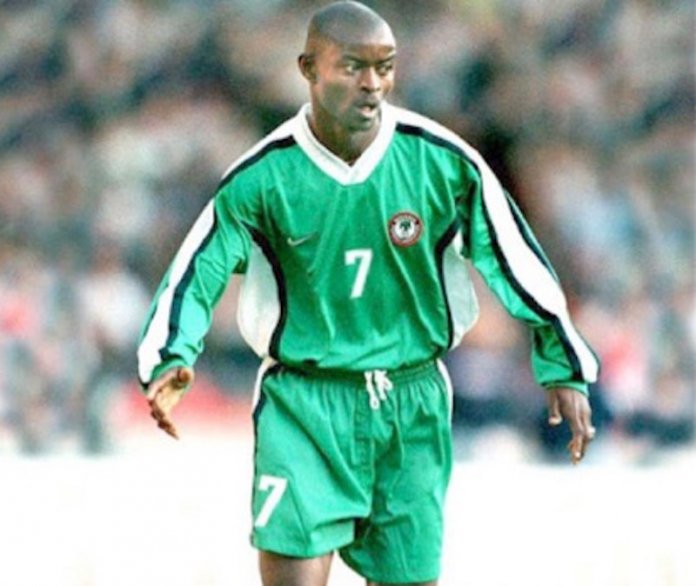 Former Nigeria international Finidi George has said that he will continue to put himself forward for national coaching roles despite being overlooked twice.

The 49-year-old retired from playing in 2004 after a 15-year career, which included winning the 1994 Africa Cup of Nations as well as three league titles and the 1995 European Champions League with Dutch giants Ajax.

After concluding his internship at Dutch minnows PEC Zwolle as part of his coaching course, George has been seeking an opportunity to manage at youth level in the West African nation after twice failing to get the nod for the Under-17 job.

“It’s a matter of having the patience. So I’m open and will continue to improve myself with the hope of getting a chance to coach one of the country’s youth teams.

“When you have the right qualifications, attitude and professionalism, you can only aim for the best and it may even be a chance with the senior side, the Super Eagles, we shall see.”

George is not only continuing his search for a coaching role but is also keen to continue improving himself as he splits his time between Nigeria and Spain, where he spent much of his playing career.

His first rejection came in 2018 when Manu Garba was retained as Nigeria’s under-17 coach and then last year Finidi once again applied for the post, this time another ex-international and veteran local manager Fatai Amoo was chosen by the Nigeria Football Federation (NFF).

“I was disappointed to be ignored, but only consoled that at the end of the day this is Nigeria,” he added.

“I understand the challenges, I will just wait for when the time is right and the opportunity present itself again.

“As I continue to look at other options out there, I am open and will not shut the doors to Nigeria.

“I just hope someday that decision will be made and I will be call upon to handle one of the teams. I can only just keep hoping.”

Since his retirement from football in 2004, he has earned his UEFA A Licence which is one level below the highest qualification, the Pro Licence.

He is currently allowed to be head coach of youth teams up to age 18, reserve teams (also known as ‘B’ teams) for top-flight clubs, and men’s professional second-tier clubs.

His previous coaching roles include director of international football at former club Real Betis and managed the youth team of his erstwhile Spanish side, Real Mallorca in 2013.

One moment that caught the attention of many around the world came after he scored a spectacular goal against Greece at the 1994 World Cup and promptly celebrating by getting on all fours and cocking his leg like a dog.

He represented the country in four Nations Cup tournaments, by achieving success in 1994, finishing runners-up in 2000 and third place in 1992 and 2002.

At club level George played in Nigeria for Calabar Rovers and Iwuanyanwu Nationale before shining at Sharks of Port Harcourt and earning a moving to Ajax in the Netherlands in 1993.

He scored five times in 31 appearances for Mallorca between 2000 and 2001, before switching to English football.

George joined Ipswich from Real Mallorca for £3.1m in August 2001 but failed to keep a place in the Town side and reached a settlement to leave in summer 2003

He returned for a second stint at Mallorca in January 2004 before hanging up his boots.