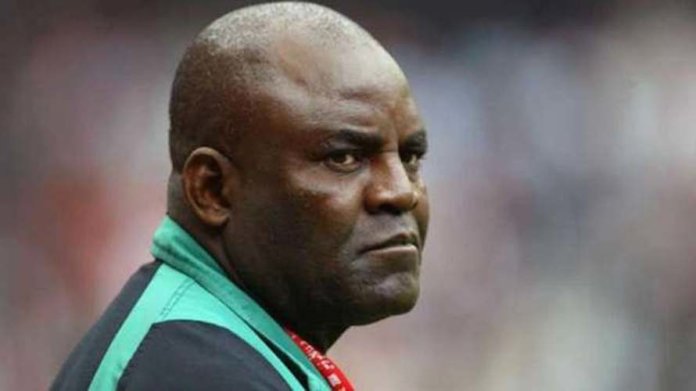 Former Green Eagles Captain and coach, Christian Chukwu, has dispelled speculations in a section of online media that he passed on at the weekend.

Chukwu who only celebrated his 70th birthday on Monday, January 4th, was rumoured to have died on Saturday, January 9th

Speaking with THISDAY at his Enugu home in company with family members and friends, the Nigerian football icon said he was surprised at such news coming up barely days after his 70th birthday.

‘Chairman Chukwu’ as he was fondly called from his active football playing days with Enugu Rangers and the national team heaped curses on those wishing him dead.

“As you can see, I am chatting in my house with my friends. I did not even go to the hospital because of any sickness.

“Whoever wished me dead will die before me and we shall attend their burials. I wonder why anybody will wish me dead,” observed the ex international.

Chukwu was full of praises to God for saving him from the ailment that took him to Europe for treatment sponsored by billionaire businessman, Femi Otedola with additional support from both the Enugu State Government and President of the NFF, Amaju Pinnick.

He admitted to receiving series of calls from his friends and well wishers all over the world who want to find out whether or not the news was true.

” I don’t know where the story emanated from. Nobody has come to speak with me or any member of my family. I only heard people saying that I was dead,” stressed the former national coach of Kenya and Lebanon.

He described the story as false, noting that it is unprofessional for anyone to come up with such a dastardly report without any form of investigation.