Security is everybody’s business. It is a flawed assumption that issues of security must remain strictly within the orbit of agencies with the responsibility. Even security agencies cannot function without citizens’ alliance and community help. Simply, they cannot operate in vacancy of citizens’ collaboration and the support of stakeholders and other institutions – both formal and informal.s

The most fundamental ingredient to addressing crime is intelligence. And intelligence does not jump out from the coloured screen of a computer; it comes from people – of all shades and appliances. It is the reason I believe our traditional institutions and socio-cultural organisations can be veritable accomplices in the fight against insurgency and banditry. We are yet to really extract commitment from and forge a partnership with these institutions. Yes, we are yet to give them due recognition as accessories to peace and stability in the country. These institutions are the closest to the people. They know their own; they understand and speak the language, and they know the terrain.

Socio-cultural organisations should not only be cymbals for sounding alarms and making demands. They can be the partners of the security agencies in securing the country. In fact, they hold a bigger share in the security enterprise because they represent their people, and as such any challenge affects them directly.
On Friday, Bello Matawalle, governor of Zamfara, said Miyetti Allah Cattle Breeders Association of Nigeria (MACBAN), the Fulani socio-cultural group, helped secure the release of abducted Kankara schoolboys who have spent nearly seven days in grisly captivity. According to him, no ransom was paid. In his words: ‘’Ask anybody, we don’t pay bandits a dime. What we do is to extend olive branch to them because they also want to live in peace.’’

The suspicion of Nigerians who have commented on this issue is understandable, but the misgiving is more of emotion than reason. I must say, Nigerians have a right to be cynical about the purported involvement of Miyetti Allah in this matter, considering the past actions, posturing and statements of the group. But was Miyetti Allah’s intervention needed? Yes. Though the group is not a state actor, it is a stakeholder in Nigeria, particularly in the north just like Ohanaeze Ndi Igbo and Afenifere. If we all agree that most of the bandits terrorising the country are of the Fulani stock, does it not make sense that an organisation representing the entire group intervenes in moments of crisis by its own, and most importantly prevail on them to give up their arms?

Perhaps, the reason for the hurly-burly of emotions on social media is that Miyetti Allah, before the Kankara schoolboys abduction, had not condemned the actions of these stray hounds or intervened wholesomely in similar cases of banditry and kidnapping elsewhere. If they had, I am not aware. This is where I think Miyetti Allah comes short. The group should seize this moment to condemn the perpetrators of banditry and intervene actively and consistently in cases of banditry and kidnapping by providing intelligence to security agencies and speaking with its youths to re-channel their energies away from the kidnapping industry.

As I wrote in ‘No need for panic, working with Miyetti Allah in south-east is a security strategy’ in June 2019, we must give no room for conspiracy theories – of domination, invasion or conquest. These are the by-products of distrust and fear. And instead of running wild with emotions, let us give space for rational thinking and disciplined conversations.

Miyetti Allah, Ohanaeze and Afenifere can play crucial roles in rolling back the boulder of banditry and kidnapping. Banditry is not a northern problem, it is a Nigerian snag. It involves everyone. To deal with this challenge we must not isolate any stakeholder or group. Security is everybody’s business.
––Fredrick Nwabufo is a writer and journalist 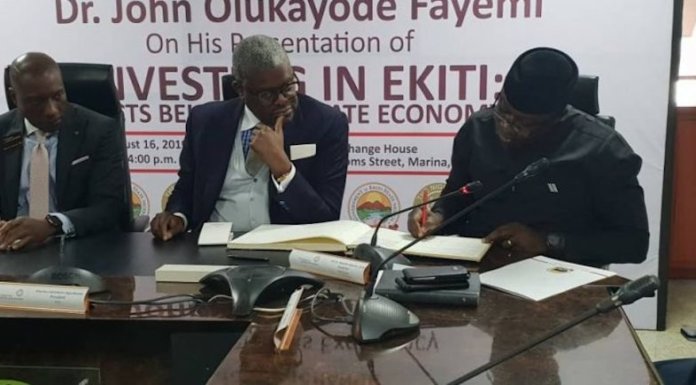