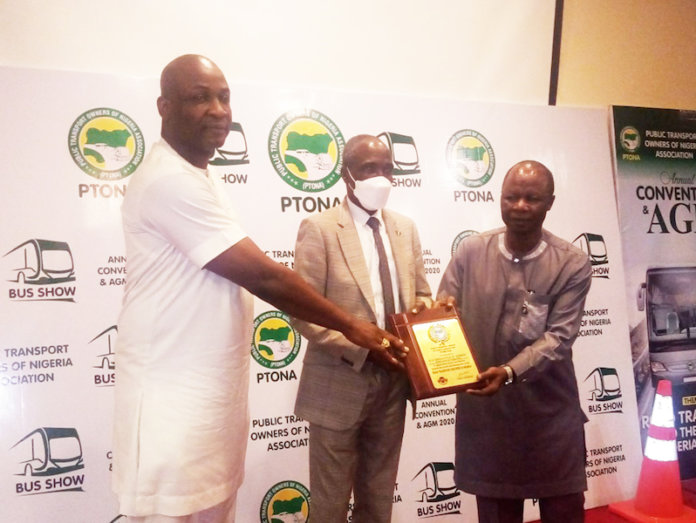 The Public Transport Owners of Nigeria Association (PTONA) has appealed to the federal government to reopen the land borders it closed about 15 months ago.

The association also urged the government to disburse the N10 billion it approved five months ago to help cushion the dire effects of the COVID-19 pandemic on road transportation.

Their plea is contained in a communiqué they issued after a two-day Annual General Meeting held recently at the Sheraton Hotel & Towers, Ikeja, Lagos. The theme was Road Transportation and the Future of Nigeria Economy.

They also described as unfair the implementation of the COVID-19 protocol of 50 per cent seating capacity which is biased against their branded inter-state buses on various routes nationwide.

The 2nd AGM had the representatives of the governor of Lagos state, Babajide Sanwo-Olu; Minister of State for Transportation, Senator Gbemi Saraki; Minister of State of Petroleum Resources, Timipre Sylva, and many other personalities, as guests of honour

Signed by the National President, Engr. Isaac Uhunmwagho, and the Secretary, Frank Nneji, PTONA appealed to the Inspector General of Police and the Chief of Army Staff to immediately remove all the numerous Police/Army checkpoints on the highways.

The public transport owners stated that with experts in transportation as resource persons, over 120 members participating in the summit, and about 10 bus makers exhibiting their vehicles, the forum provided a veritable platform for deliberating on the burning issues confronting the sector and making recommendations.

The resolutions were distilled from the papers presented by the guest speakers, Dr John C.Isemede and Alban Igwe, and the interactive session that ensued thereafter. The communiqué included a call on government to:

“Stop the unfair policy in implementing the 50 percent seating capacity on our members’ inter-state buses nationwide”.

PTONA lamented that members were still reeling from the impact of COVID-19, stating that they are ”panicking and agitating” that the N10bn palliatives measure announced in August by the Minister of State. Ministry of Transportation, Sen. Gbemisola Saraki, on behalf of the Federal Government, was yet to be disbursed to the transport owners.

The communiqué further stated, “Consequently, they {PTONA members} are afraid that with barely few weeks to the end of the current fiscal year, the fund, if not disbursed immediately, could be returned to the treasury by the end of the year. Therefore, we call on the Federal Ministry of Transportation to ensure immediate disbursement of the fund.

The PTONA President, Uhunmwagho, had in his welcome remarks on the first day described transportation as the glue that sustains the economic activities of any country, while the Lagos Transportation Commissioner, Dr. Fredrick Oladeinde, in a keynote address delivered on behalf of the governor, touched on the state’s current massive bus procurement and infrastructure development project.

Dr. John Isemede’s paper on the effect of continued closure of the land borders on the transport sector of the economy provoked a lot of lamentations by the affected transporters, just as the presentation by Alban Iqwe on government policies and programmes that place much emphasis on infrastructure, rather than on the people and the operators, was very thought-provoking.

The Minister of State for Transportation was represented by Mr. Ojo Idialoise, who spoke on the Reform of Road Transport Sector in Nigeria currently being undertaken by the ministry,