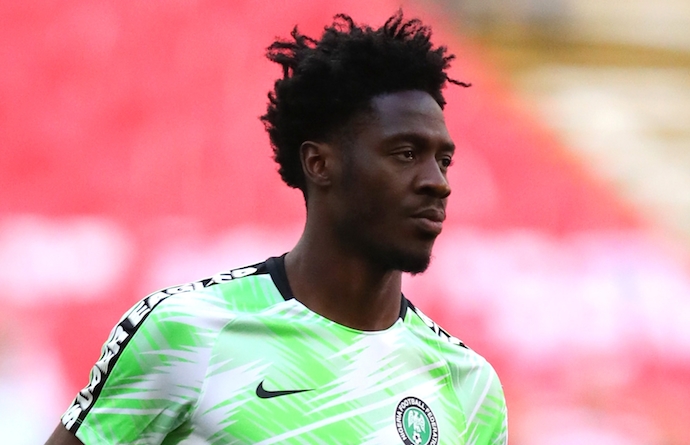 Super Eagles defender and Chelsea Academy product, Ola Aina has won the Premier League Goal of the Month award for November 2020.
The Torino loanee has entered the history books as the first player with a Nigerian passport to win the prestigious accolade since the award was introduced for the 2016-2017 season.

Thirty minutes in at Craven Cottage against the Baggies, the Super Eagles right-back doubled Fulham’s advantage with a wonderful strike into the top corner – his first goal in the Premier League in his seventh appearance.
Aina is the third Fulham player to win the Premier League Goal of the Month, after Jean Michael Seri and Andre Schurrle who won the prize for August 2018 and January 2019 respectively.
Aina’s goal was chosen by a panel of experts combined with a public vote, beating seven other contenders.