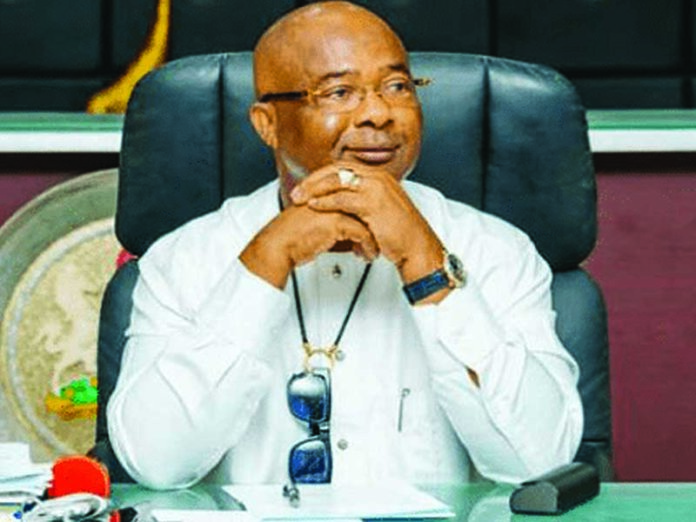 When the Administration of Criminal Justice Law (ACJL) No. 2 of 2020 was signed into law by the Imo State Governor, Senator Hope Uzodimma, little did the members of the Imo State House of Assembly know that one of them would be used to test its effectiveness soon. Before the controversial law was passed and finally signed into law, one of the opposition members, Ambrose Nwogwugwu, who is the Director of Online Media of the Peoples Democratic Party (PDP) was arrested, detained for weeks and subsequently charged to court by the Department of Security Services (DSS) on the orders of the Governor just for referring to him as “Supreme Court Governor”.

Now, the chicken has come home to roost. It is no longer news that the very essence of that draconian law is to cage any opposing or critical mind(s). The world over, any sane government that means well for the people does appreciate and accommodate constructive criticisms especially, the ones meant for correction and development.
Therefore, it is generally believed that the brutalisation, detention and subsequent imprisonment of a serving legislator representing Ohaji/Egbema State Constituency in the Imo State House of Assembly, Hon. Hecules Okoro was done in line with the content of that ACJL law.

For clarification, part of the content of the law empowers the governor of the state to arrest and detain anybody at will without any court or police warrant.
In as much as this law is viewed by the people as ‘anti-democratic’ policy, specifically, Sections 484 and 485 of the law provide that the governor may effect such detention notwithstanding the provisions of any other law, including that of the Nigerian Constitution 1999 (as amended).

Part of the offending Section 484 of the law reads: “Where any person is ordered to be detained at the Governor’s pleasure, he shall notwithstanding anything in this Law or in any other written law contained be liable to be detained in such place and under such conditions as the Governor may direct and whilst so detained shall be deemed to be in legal custody.”
Section 485 provides that such person “detained during the Governor’s pleasure may at any time be discharged by the Governor on license” and that “a license under subsection (1) of this section may be in such form and may contain such conditions as the Governor may direct”.

The section further states that such license “may at anytime be revoked or varied by the Governor”, adding: “Where license has been revoked the person to whom the license relates shall proceed to such place as the Governor may direct and if he fails to do so, may be arrested without warrant and taken to such place.”

These sections are seen to be against the provisions of sections 34 and 35 of the 1999 constitution, which guarantee the fundamental rights to freedom of liberty and human dignity. Section 35(4) specifically provides that any person, who is arrested or detained “shall be brought before a court of competent jurisdiction law within a reasonable time”.
Subsection 5 states such period could be one day “in the case of an arrest or detention in any place, where there is a court of competent jurisdiction within a radius of forty kilometres” or two days or longer period as may be considered by the court in any other case”.

The scenario that played out last Friday, November 13, 2020 at the Imo State House of Assembly, when the Speaker, Chiji Collins representing Isiala Mbaise State Constituency was impeached nonetheless took some of the House members by surprise.

Among those who felt betrayed by the other colleagues was Hon. Heclus Okoro, regarded as the right-hand man of the impeached speaker. His colleagues see him as a principled person that could hardly be influenced with money. And being a straightforward gentleman, they believed also that the induced sum of N2.5 million allegedly given to each of the 19 out 27 lawmakers that signed the impeachment document and eventually executed it could have made no meaning to him.

No wonder, he was sent to perform an oversight function by the deputy speaker, Amara Chyna Iwuanyanwu, a ploy to distract him from the already perfected plan to impeach Collins.
Report had it that by the time the deed was done, he stormed the Government House to join his other colleagues, where they went to present the new speaker, Paul Emeziem representing Onuimo state constituency to the governor. It was at that point that Heclus Okoro and the deputy speaker, Amara Chyna Iwuanyanwu had an altercation that led to the slapping and pummeling of the Ohaji/Egbema born serving lawmaker.

Questions begging for answers are, “at what point did the police come in? Who invited them? And when lawmakers are fighting or having friction, are there supposed to be a third party? The legislature is independent and as the second arm of government that operates on the principles of separation of power, the matter ordinarily was supposed to be settled among them. Again, at what was the Administration of Criminal Justice Law (ACJL) No. 2 of 2020 applicable?

The arrest and subsequent detention of the lawmaker throughout the weekend in police custody could have sufficed, but he was again charged to court the following Monday, where the Magistrate refused him bail and threw him into prison custody. All efforts made by his lawyer to release him on bail since it was a civil matter and which the police prosecutor did not object to fell on deaf ears of the magistrate.

As nerves were raised and reactions escalated, the Patrons Association of Imo Oil Producing Communities (PIOPC) called on the Inspector General of Police, Ibrahim Adamu, to swiftly intervene in the arrest and detention of Okoro, to avert breakdown of law and order in the state.

Okoro was elected on the platform of Action Alliance (AA) before joining the All Progressives Congress (APC) in the house. The group, however, issued a 48-hour ultimatum for the lawmaker’s release, failure of which they might seek alternative means for his release.
Chairman of the association, Chief David Mbachu, made the call to IG in a statement issued to journalists yesterday in Lagos. According to the statement, Mbachu said oil-producing communities in the state would use all legal means within their powers if their son, Okoro, whom he said was a victim of the crisis in the state Assembly and the impeachment of the Speaker was not immediately released.

“How is it possible for a lawmaker to go to the governor’s office with the intention to fight? If he actually fought with the deputy speaker, why was he the only one arrested? Did he fight himself? Okoro was arrested and detained in Government House, allegedly on the order of the state Governor, Hope Uzodimma, while his attackers were not arrested.”

Mbachu said the youths of communities represented by Okoro were very angry at the development, because he had always been victimised, because he was originally elected on the platform of the AA.

At this point, it is pertinent to call for understanding among the parties, in order to forestall any breakdown of law and order in the state. The Constitution of the Federal Republic of Nigeria is sacrosanct and cannot be overtaken by any other state laws. A new speaker has emerged and therefore other matters arising therein should be amicably settled. 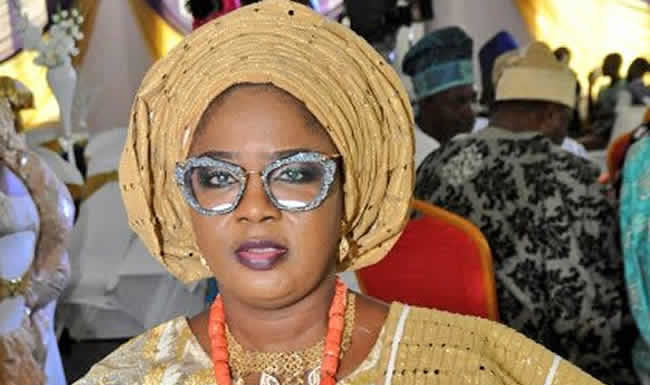